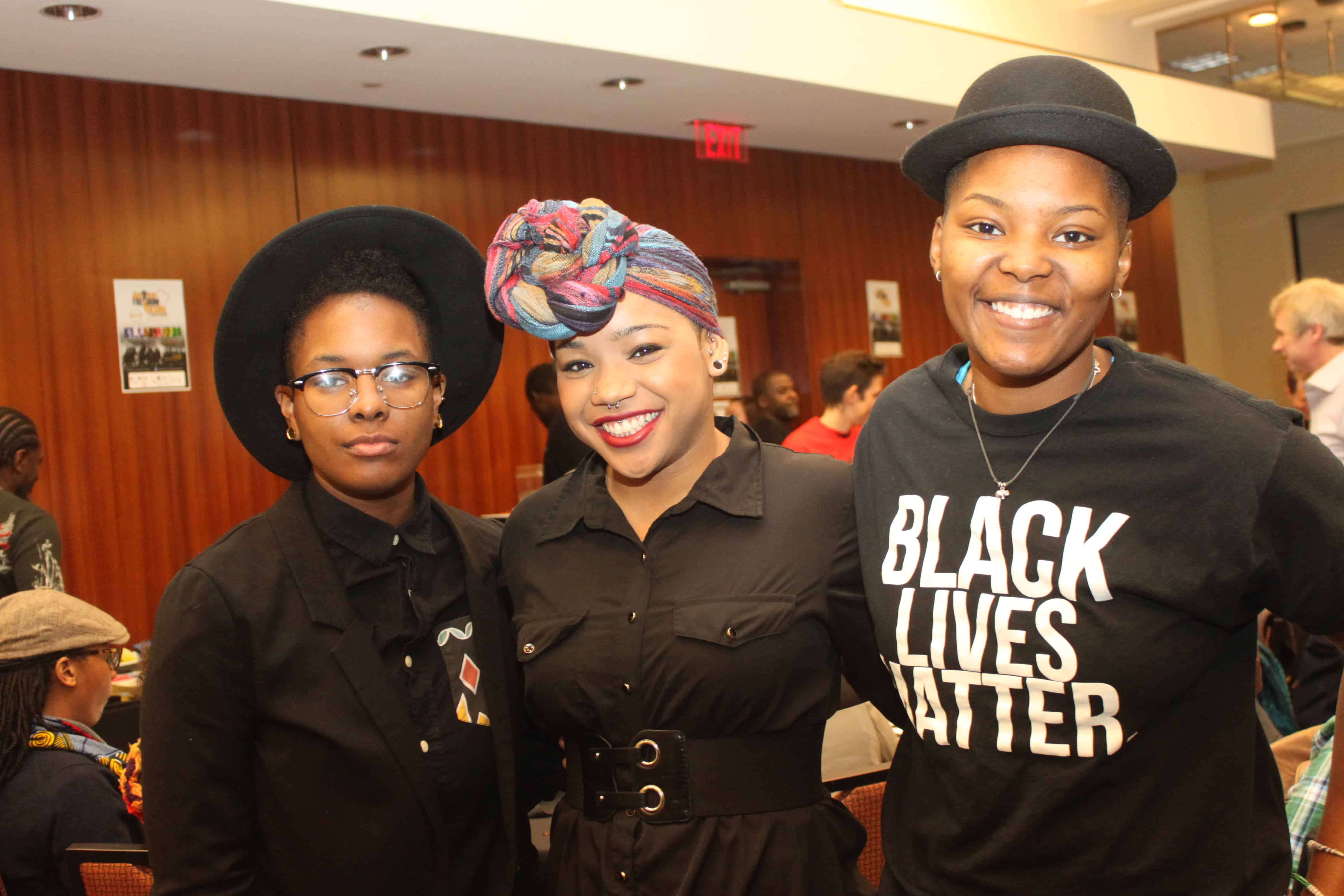 Every year, the Bayard Rustin/Audre Lorde Breakfast attracts a diverse group of people to not only share a meal but to share ideas, thoughts, aspirations, goals, and intentions on how to make the Atlanta and the world a better place.

Begun in 2002 and by activists Darlene Hudson and Craig Washington, the first breakfast attracted a couple dozen people with one pot of coffee. On Jan. 19, nearly 500 people packed the Loudermilk Center in downtown Atlanta for a large breakfast (and several pots of coffee) to celebrate Rustin and Lorde’s contributions to the black LGBT movement while also celebrating Martin Luther King Jr. on the national holiday set aside to remember the civil rights icon.

This year, members of Southerners On New Ground organized a protest in which members carried signs through the crowd to raise awareness of police brutality against black and brown people and to stress not only that “Black Lives Matter” but also that “Black Trans Lives Matter” and “Black Queer Trans Womyn Matter.”

Dr. Edith Biggers talked about HIV and the high numbers of infections within the black LGBT community, while a “fishbowl discussion” featuring Rev. Duncan Teague of Georgia Equality, Aurielle Marie of #ItsBiggerThanYou, Mary Hooks of Southerners on New Ground, and Mickyel Bradford of the Southern Fried Queer Pride planning committee.

During this discussion, the panelists talked about the shock and anger they felt about the news of police brutality in Ferguson, Missouri, and Staten Island, New York, resulting in the killings of two black men — Michael Brown and Eric Garner — at the hands of white officers. But this violence and profiling is not something new and there is no time to stop fighting and demanding justice by becoming complacent, they all agreed.

“I need for you to know what’s inside of all these identities that we are fighting for,” Teague said, “… so you can say you say you are an ‘angelic troublemaker’ and smile about it.”

The activism taking place in the streets today to protest police brutality and racism is not a new fight, Teague added. “It’s 2015 in Atlanta and we can turn it out, but from the inside out this time. And love each other through it.”

Mary Hook of SONG noted there is nothing new as black people continue the fight for equality, but said the police system is not working for many black people.

“Police make a lot of money doing security in the clubs where we go and spend a lot of money. But there are [security] resources are in the room; we don’t need police in our clubs, we don’t need the police to police us. Another world is possible,” she said.

Aurielle Marie, 20, is a Creative Loafing person to watch out for in 2015. As a black queer womyn, she says what keeps her up at night is trying to find “this thing that is going to liberate us.”

“What can we do, because these chains are heavy and rubbing my ankles bare and I’m tired of it. I’m sick of us being afraid of radical visibility. What is your strength? And how can you use it for the movement?”

“Remember when Oprah said she didn’t know who the leaders of the new movement are? She asked where are your demands? And folks pushed back. I’m sorry, but this is not your daddy’s movement,” Bradford said. “The work that is being done to teach younger and younger and younger folks to resist everyday oppression is the work that creates a sustainable movement.”