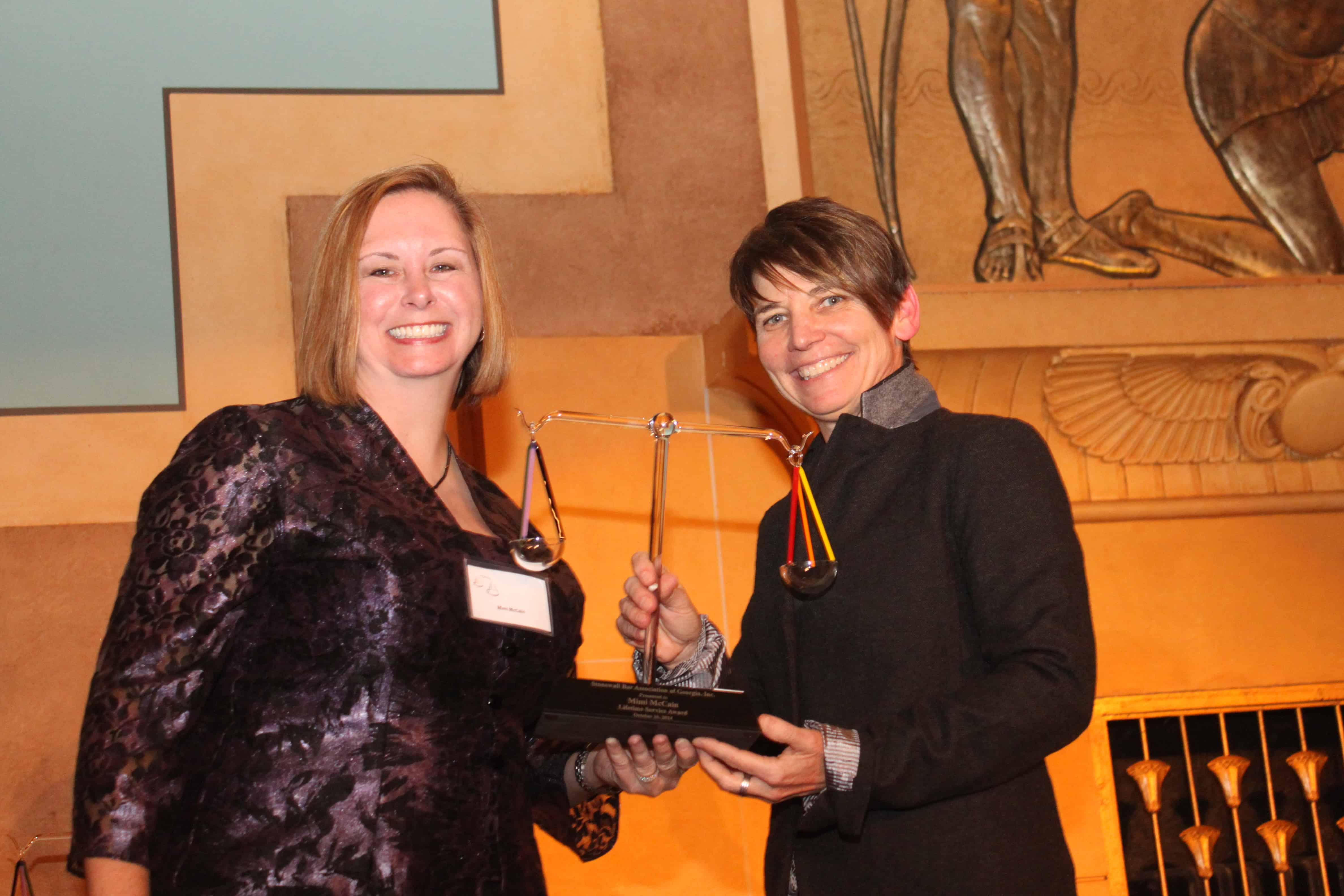 Also in attendance was Greg Hecht, the Democratic candidate for Attorney General. Hecht is running against incumbent Sam Olens and has promised he will not defend the state’s same-sex marriage ban currently being challenged in a federal lawsuit by Lambda Legal.

Receiving the Lifetime Service Award was Mimi McCain, a founder of the Stonewall Bar Association, an associate partner with Ganek Wright Minsk PC, and co-chair of the GLAAD Leadership Council. She was also voted Best Lawyer in this year’s GA Voice’s Best of Atlanta awards. She was presented the award by Lambda Legal attorney Beth Littrell, who is a lead attorney in Georgia’s lawsuit seeking to overturn the state’s same-sex marriage ban.

Emory University Associate Dean of Faculty and Professor of Law Timothy Holbrook received the Outstanding Service to the Stonewall Community Award. Holbrook has written many opinion pieces in national newspapers about same-sex marriage and wrote a friend-of-the-court brief  on behalf  of former NFL stars Chris Kluwe of the Minnesota Vikings and Brendan Ayanbadejo of the Super Bowl Champion Baltimore Ravens urging the Supreme Court to sack California’s Proposition 8. He was presented the award by Emory law student Jacob Davis.

Delta Air Lines received the Conspicuous Service to the Stonewall Community Award for its role in fighting against the anti-gay “religious freedom” bill. The Atlanta-based company posted on its website a statement opposing the bill, saying it was bad for its customers, employees and for the state of Georgia. The company’s spokesperson was presented the award by Georgia Equality lobbyist Cathy Woolard.

The keynote speaker was Professor William Eskridge Jr., the John A Garver Professor of Jurisprudence.

And, interesting to note, many attorneys were wearing purple to show solidarity with GLAAD’s Spirit Day to show their support for taking a stand against bullying.