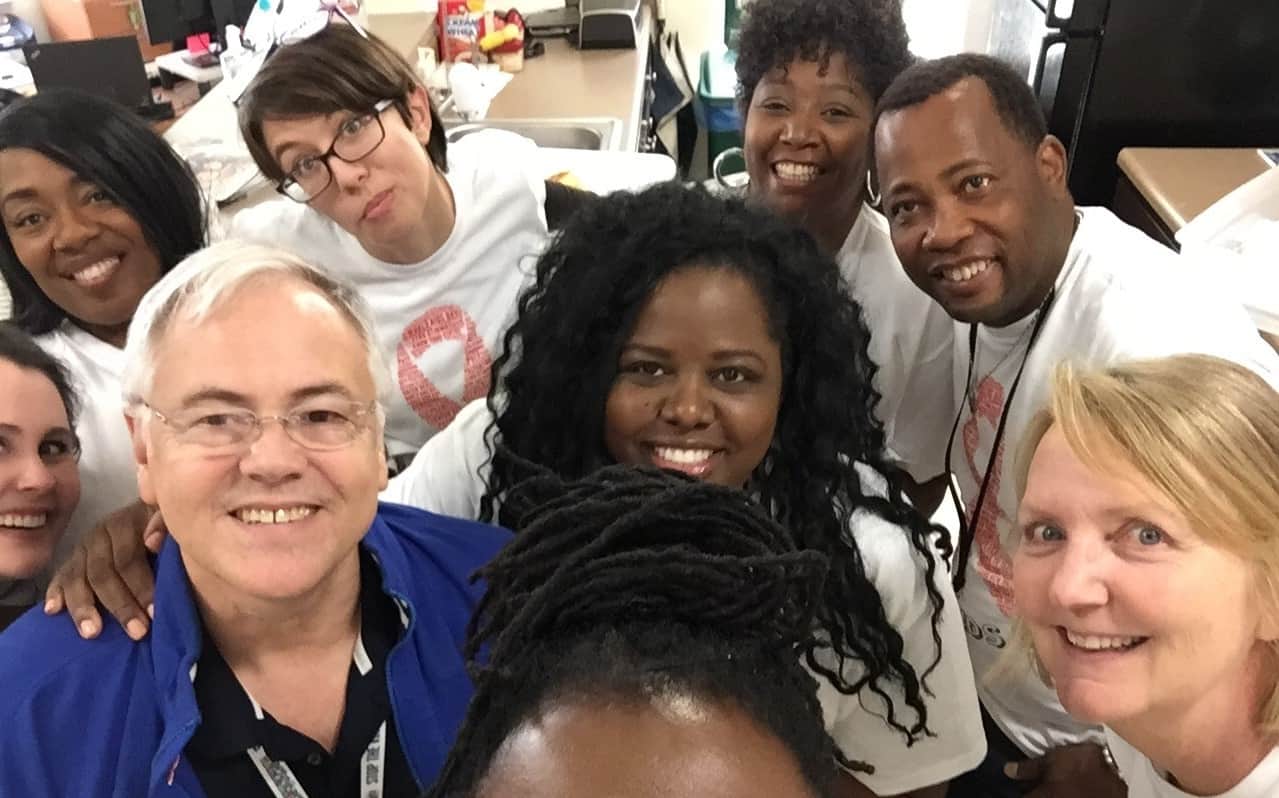 Anniversaries can be bittersweet moments for AIDS service organizations like Positive Impact Health Centers. With the celebration of their decades of service comes memories of those lost to the virus, and the realization that after 25 years their services are still needed, and will likely be needed for years to come.

On December 11, Positive Impact Health Centers will celebrate its silver anniversary with a celebration at The Center for Civil and Human Rights. It will be a night to remember the past while discussing the future of an organization that provides medical, mental health and testing services to thousands in the Atlanta metro area.

“We’re trying to get as many people who have supported us over the past 25 years; past employees, volunteers, donors, people who have used our services,” said Positive Impact Health Centers’ Olivia Chelko-Long, vice president of development and communications. “It’s a time to get together and share stories and the future of Positive Impact Health Centers.”

“Both agencies were experts in different areas, and we tried to make both areas more comprehensive. So we brought medical care to the Midtown office and mental health to Duluth,” Chelko-Long said.

Together, they provide medical care to 1,000 individuals with approximately thirty new patients a month, provide free testing to 7,500 people, and see 6,000 visits a year to their mental health groups. But, in the early days of the epidemic, both groups started out as resource-bare, nascent organizations trying to serve an unforeseen need.

‘I stopped going to funerals’

Jeff Irwin is currently the CLEAR Coordinator which focuses on risk reduction for individuals, but he started with AID Gwinnett in 1990.

“I was just a counselor then, I was doing groups. That was a very part-time, grassroots sort of thing.” Irwin worked full time with the Grady HIV and AIDS program as a mental health counselor and started running support groups on Tuesday and Thursday nights.

“The group was actually started by Beth Raizes; she was a nurse and realized that they were seeing a lot of men with AIDS and started doing support groups, and it grew so big she couldn’t manage it,” Irwin said. “Back in those days it was very informal. The group would often be men who had progressed to AIDS…. It would often be that friends, parents, people who had lost someone to AIDS come in and support the other people.”

Not only did an AIDS diagnosis mean facing one’s mortality, it also could also cost friends and family.

Life expectancy in the early years of AIDS was often measured in months. The current cocktail of drugs that have turned HIV into a chronic condition hadn’t been developed, and first line treatment, azidothymidine (AZT), – iconically referenced in Jonathan Larson’s 1996 landmark musical “Rent” – was far from perfect.

“We didn’t see people older than 30 years old. You might see 18, 19, 20-year-olds for a few months and then they’d be gone because there was no medication,” Irwin said. “Even with AZT it didn’t help a lot of people and it was toxic, and we probably hurt a lot of people with AZT.

“I stopped going (to funerals) because it was becoming overwhelming. There would be months where there would be four or five funerals.”

A life worth loving

As medicine and medical treatments have changed, lives, the length of lifetimes have changed. According to the Centers for Disease Control and Prevention, the average lifespan of someone diagnosed with HIV who adheres to medication regimen is 51 years, compared to just 32 years without medication.

While Positive Impact Health Centers still focuses on caring for those already HIV-positive, they also provide testing with an emphasis on early detection and treatment. Their most public role is testing, and this year 857 of their 7,500 HIV tests came in Piedmont Park during Pride in October. If someone’s test is positive, it serves as an entry point into Positive Impact Health Centers’ service network.

“After the second positive test (often on the same day) we immediately link them with services,” Irwin said. “We link with social workers, support staff and potentially with a prescription that same day.”

According to the CDC, numerous studies have shown that early intervention extends life and limits the potential spread of the virus.

When it comes the future, Positive Impact Health Centers plans on growing its services and reaching out to more people, but like most HIV organizations they’d love to close their doors one day.