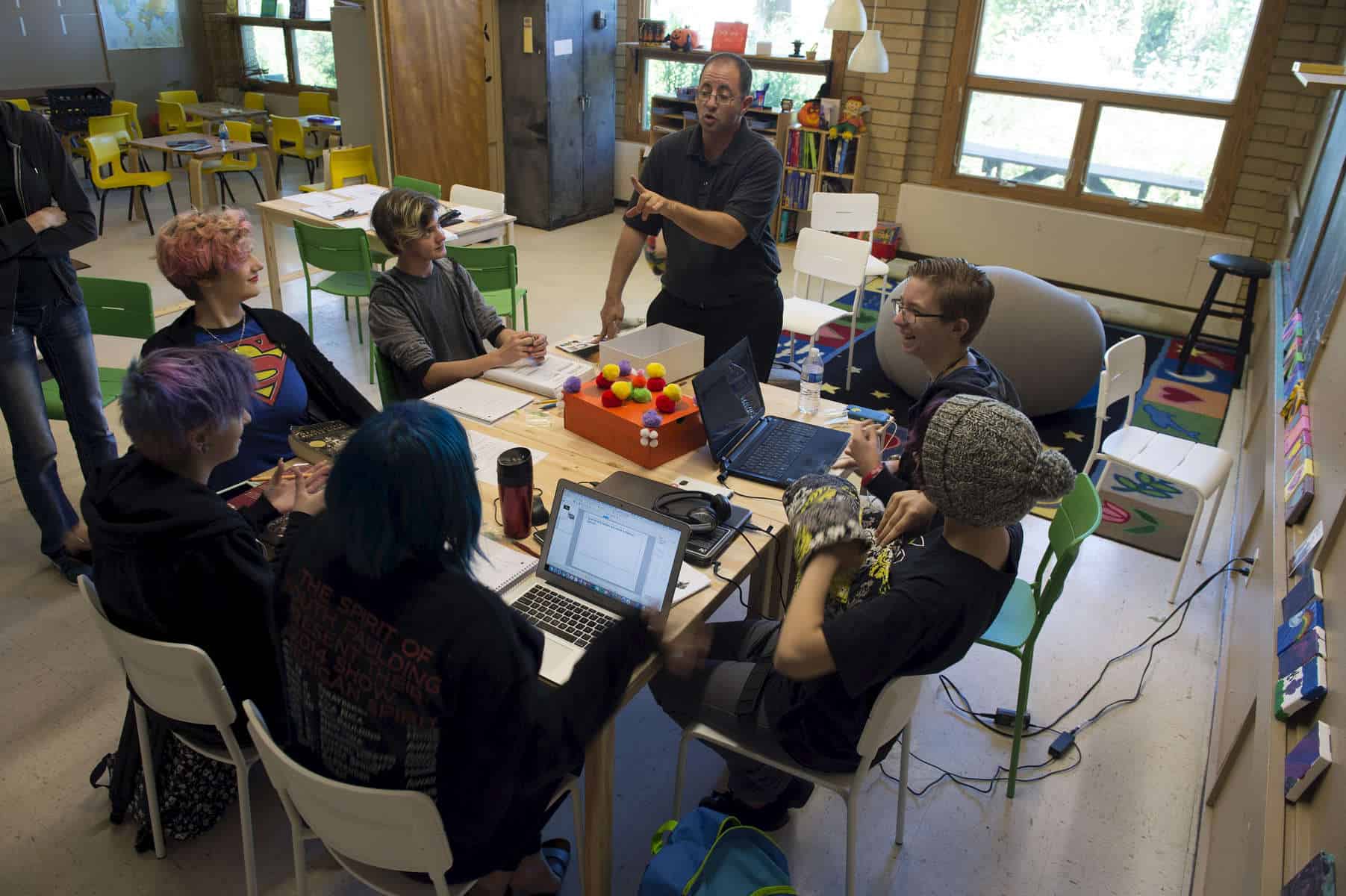 Pride School Atlanta opened in 2016 with a vision to create a phobia-free environment for LGBTQ students and educators. After two years, PSA has announced they will be closing their doors.

According to the CDC, negative attitudes towards LGBTQ students often lead to increased risk for harassment at school. Data from the 2015 national Youth Risk Behavior Survey found that 34 percent of LGB students reported being bullied on school property. Christian Zsilavetz, a transgender educator and the founder of PSA, wanted to create a safe haven for students experiencing this kind of torment.

Thus, came Pride School Atlanta. The private school was the first of its kind in Georgia. The K-12 institution was an alternative for LGBTQ students – as well as others who felt unsatisfied with public school – with a vision to “create an openly affirming space for youth, families, and educators.”

The school opened in the fall of 2016 with eight students, but by 2017, enrollment had started to drop. “Several of our students had moved back to public school, a few had moved away, some had bigger fish to fry than full-time school, and we were down to five students,” reads the closing announcement posted on PSA’s website.

Zsilavetz added that scholarship money – necessary for many families to be able to afford private school – quickly ran out.

“According to the National Gay and Lesbian Chamber of Commerce, only 20% of LGBTQ folks donate to the LGBTQ community,” he told the Georgia Voice. “Given that we are already a minority, that left us with a very small chance at significant donations from within the community.”

That said, he did mention several “amazing” organizations who donated to the school: Ruby Red’s Birdcage Bingo at The Hideaway, Atlanta Bucks Rugby, Hotlanta Softball Leagure, The Atlanta Sisters of Perpetual Indulgence, Aon Corporation Pride Alliance, Macy’s, and The Hartford, along with several allied individuals.

Zsilavetz said he learned a lot about the state of LGBTQ youth during the school’s two years.

“I was naively shocked to find that the majority of the students who applied to PSA lived outside the perimeter, had suicide attempts and hospitalizations for mental health issues, histories of abusive relationships, and were segregated and treated horribly just because of who they were, who they dated, who their parents or guardians were,” he told the Georgia Voice.

Although many were saddened by the news, Zsilavetz assured Pride School Atlanta was a success.

“Some may find it sad that we are closing our operations as an organization and school, but we have done great work all around the world thanks to you,” reads the website.

The founder added that the closing opens up new possibilities and broadens the horizons for more LGBTQ outreach. “This frees up our energy to care for those who cannot get to Atlanta,” he told the Georgia Voice. “Every day we get an outreach call – especially from parents of transgender youth who need help as they navigate public and private schools, bullying and harassment, discrimination, hormones, and the need to develop a community where their family is affirmed by all,” he added.

The four years Pride School Inc. was around, while brief, were not only influential for the students and parents involved, but for Zsilavetz himself.

“From beginning to end, the formation of Pride School Atlanta was by far the most rewarding experience of my life other than becoming a parent,” he told the Voice. “Finding the strength to stand up for myself as a queer transgender educator and parent, in order to be of service to LGBTQIA and Allied youth, parents, and educators, was life-changing.”

With the school closed, what’s next for Zsilavetz and the rest of the PSA staff?

The former is ready to focus on himself and his family, while still being an LGBTQ advocate.

“What’s next for me is to refocus some of my energy on self-care and caring for my children. I will continue being a vocal advocate for LGBTQIA youth and adults in major media outlets, connecting people with resources, and educating the community-at-large about the culture and needs of LGTBQIA people,” Zsilavetz said.

“Most of all, we’ll see what the universe has in store for me and everyone involved in Pride School Atlanta,” he continued.

School officials are asking for donations to meet close-out financial obligations. If you wish to donate, you can donate via PayPal to PrideSchoolAtl@gmail.com or send a check, made out to Pride School Atlanta, Inc., to: 2277 Eastway Rd. Decatur, GA 30033. All donations that exceed the school’s financial obligations will be sent to another small local LGBTQ non-profit organization.