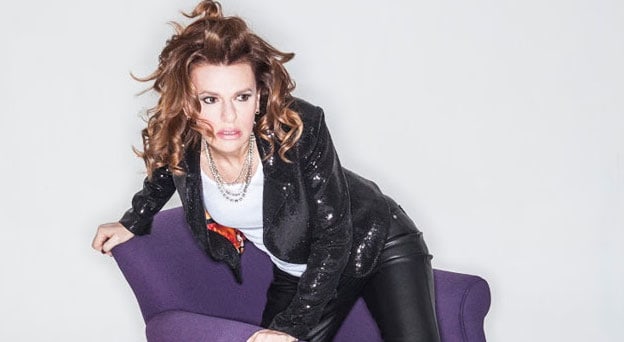 She’s a comedian, actress, singer, girlfriend—Sandra Bernhard isn’t one to be tied down to just one label. And if she had to choose a letter from the LGBT acronym, she’ll accept the “B.”

One label she is happy to take on is Mistress of Ceremonies for this year’s AIDS Walk Atlanta and 5K Run set for Oct. 19 in Piedmont Park. 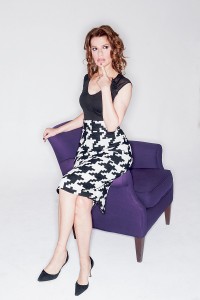 But before she takes up her helm as the Mistress of Ceremonies and grand marshal of AIDS Walk Atlanta, Bernhard will perform two intimate shows at the W Atlanta-Midtown on Oct. 18 to benefit AIDS Walk Atlanta.

And she’s looking forward to getting back to Atlanta after so many years away—in 2008 she sold out two shows at an 800-seat venue; in October she’s playing two shows with seating capped at 250.

“It’s always a great market for me. Atlanta’s always been a sophisticated market for performers. It’s one of the great hubs of the South. It’s great to have that city in your back pocket as a performer,” she says. “I’ve been involved in AIDS fundraising for many years. It’s a no-brainer. It’s a good tie-in with the show and the event.”

The 2013 AIDS Walk Atlanta & 5K Run raised more than $1 million for AIDS service organizations throughout metro Atlanta, and organizer AID Atlanta is hoping Bernhard’s name will help them attempt to repeat that success.

AIDS Walk Atlanta is in its 24th year of raising funds to help those in the Atlanta area affected by HIV/AIDS, and it has become the largest AIDS-related fundraiser in the Southeastern U.S.

Proceeds for the weekend’s events will go not only to AID Atlanta, but also to AID Gwinnett/Ric Crawford Clinic, Aniz, Jerusalem House, Living Room, Open Hand and Positive Impact. 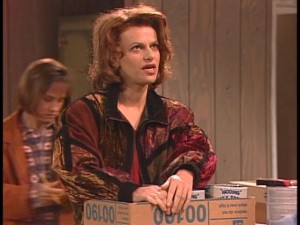 Bernhard, 59, gained fame doing stand-up comedy in the 1970s before getting her big break in 1983 by being cast in and receiving critical acclaim for Martin Scorsese’s film, “The King of Comedy.” That led to consistent work in television and film throughout the 1980s, 1990s and up to now, while turning her stand-up routine into full-on performance art in the meantime.

But the LGBT community likely remembers her for a role that was unlike any other at the time—that of Nancy Bartlett on “Roseanne,” the first openly lesbian recurring character on American television. Mix in a couple of appearances as herself on “Will & Grace” and a well-publicized friendship with Madonna that led to an appearance in the 1991 documentary “Truth Or Dare” and it becomes apparent why AID Atlanta wanted Bernhard on board as grand marshal for a fundraiser that greatly affects the LGBT community.

Bernhard says her character on “Roseanne” wasn’t originally intended to be gay.

“It wasn’t premeditated. Originally my character comes on to marry Tom Arnold’s character, and he’s such a brute that she decided to go with women,” she says. “It was never like we were going to do some big political thing or hit people over the head. It worked because it was fun and crazy and compelling and human. I think people got a kick out of the character and the sexuality just added a wow factor to the whole thing.”

“In terms of my following, people loved it,” she continues. “In terms of the ‘Roseanne’ viewers, they came to expect things that were cutting edge and over the top, so the combination was kind of perfect.”

The landscape for LGBT characters in television has changed dramatically since then, with a recent GLAAD report showing a near-record amount of the community represented in various roles throughout network, cable and streaming programs. The progress hasn’t gone unnoticed by Bernhard.

“I think television is really opening up,and blossoming,” she says. “People portray all kinds of characters that are really evolved. I don’t think it has to be an obvious ‘Oh, we’re really here to say something.’”

It’s a little known fact that Bernhard once turned down a role on one of the most iconic gay-friendly shows ever—that of lawyer Miranda Hobbes on “Sex and the City.”

“I didn’t find it particularly interesting and the money wasn’t there,” she explains. “You always look back and say, ‘Ah I should have done that.’ But of all of the characters [in the show], I found her very one note and sour. The show was fun, but you can’t look back and beat yourself up.”

CONTINUING THE MISSION
The booking of Bernhard to benefit AIDS Walk Atlanta happened in large part thanks to sponsor Laughing Skull Lounge, according to Kristen Petillo, vice president of corporate giving and events for AID Atlanta. 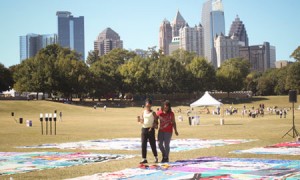 And Petillo is quick to point out why it’s crucial to support HIV/AIDS fundraisers like AIDS Walk Atlanta.

“Stigma. Lack of access to care. Apathy. Complacency,” she says. “Those are just a few of the many reasons why AIDS Walk Atlanta & 5K Run remains so important.

“It’s true that many are living longer lives with proper treatment regimens but those regimens are very costly and so many people cannot afford them,” she adds. “The keys to reducing infection rates are to continue prevention education in our communities and to ensure that those who are HIV positive remain consistent with their medication treatment regimen with helps to reduce transmission of the disease to another.”