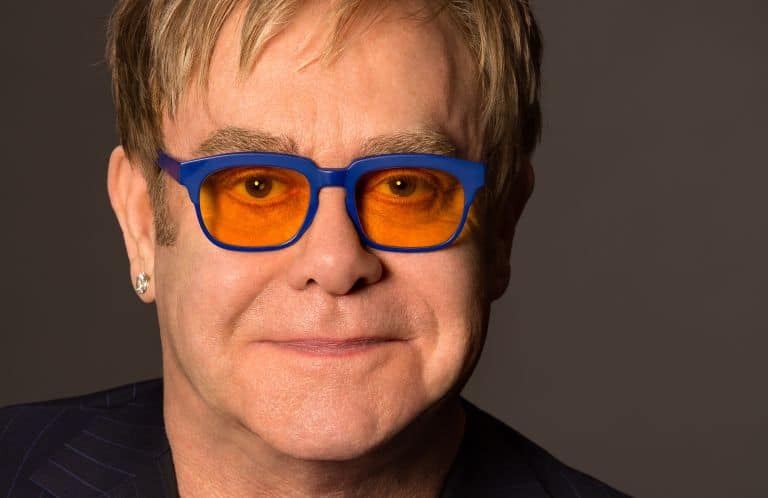 Well, to be specific, the foundation bearing his name—the Elton John AIDS Foundation—is giving money to three local organizations. The EJAF is joined by the Elizabeth Taylor AIDS Foundation and the Aileen Getty Foundation. Together, these groups have pledged $650,000 to win the fight against HIV/AIDS in the American South.

Three Atlanta organizations have been the most recent recipients of their generosity. The Georgia Equality Foundation received a grant of $75,000; the Racial Justice Action Center also received $75,000; and SPARK, a reproductive justice organization, received $50,000.

The Elton John AIDS Foundation was set up in 1992. The EJAF seeks to fund and support new treatments, services and educational programs for individuals who are living with HIV. In its lifetime, the Foundation has raised an estimated $200 million dollars in fifty-five countries. According to a 2014 Huffington Post story, Funders for LGBTQ Issues recognized EJAF “as the largest funder of programs for black lesbian, gay, bisexual, transgender and queer individuals.”

For Atlantans, these grants are welcome news. In December 2017, data provided by the Atlanta Housing Opportunities for Persons with AIDS (HOPWA) estimated that over 17,000 Metro Atlantans living with HIV were unstably housed, with that number expected to increase. When it comes to new HIV infections, Georgia ranks second in the U.S., and Atlanta is fifth among all metropolitan areas.

About those groups: Georgia Equality is the largest LGBTQ rights advocacy group in the state. They focus on increasing fairness, safety and opportunity for the LGBTQ community through political action. The Racial Justice Action Center is a multiracial organization dedicated to building social justice on grassroots models developed by working-class and poor people of color. SPARK is a social justice association dedicated to issues of reproductive justice. The group focuses on causes which affect women of color, and trans and queer people of color.

Jeff Graham, executive director of Georgia Equality, told Georgia Voice he was at a conference when he heard about the grant via email. Graham said this was “the third or fourth year that Georgia Equality has received an Elton John AIDS Foundation grant.”

“I’ve worked with the Elton John AIDS Foundation as a grantee, as well as someone who’s provided information to them over the course of the last 20 years or so.” This year’s donation will fund the Youth HIV Policy Advisors program, which matches “elected officials and clergy with HIV-positive youth advocates who serve as their special advisors on the issue.”

Xochitl Bervera, Director of Racial Justice Action Center, said that EJAF reached out to the Center “because they were interested in our work to end the criminalization of trans people and people with HIV/AIDS.” Bervera expressed her gratitude for EJAF’s partnership, and their “understanding that the criminalization of our communities is a huge barrier to ending the HIV/AIDS crisis.”

Bervera said the Center would use use EJAF funding “to build the power and leadership of the trans community in Atlanta to divest from our criminal justice system and invest in the services and supports our communities need. Specifically, we’ll be launching the Atlanta Trans Leadership Internship program and continuing our work to transform the culture of our police departments.”

In a press release, Scott Campbell, the Executive Director of EJAF, said that there were “2,386 new HIV cases a year in Georgia, and 75 percent of the people impacted living in Atlanta.” Campbell said that poverty, poor education, and “racism, sexism, homophobia and transphobia” have created barriers that “make it challenging for people in the state to access treatment, healthcare, and other support services around the disease.” Tragically, on a year-to-year basis, the U.S. South receives less than a fourth of all American HIV philanthropy.

“That’s why,” Campbell said, “our commitment to Georgia, and other states in the South, is so important.” He said the three organizations were notable because of their work to “mobilize vulnerable communities—like youth, drug users, sex workers, transgender people, and minority populations–to advocate for policies supporting LGBT rights, racial justice and access to healthcare.”

From 2006 to the present, EJAF grants to Atlanta organizations have totaled $3.1 million.