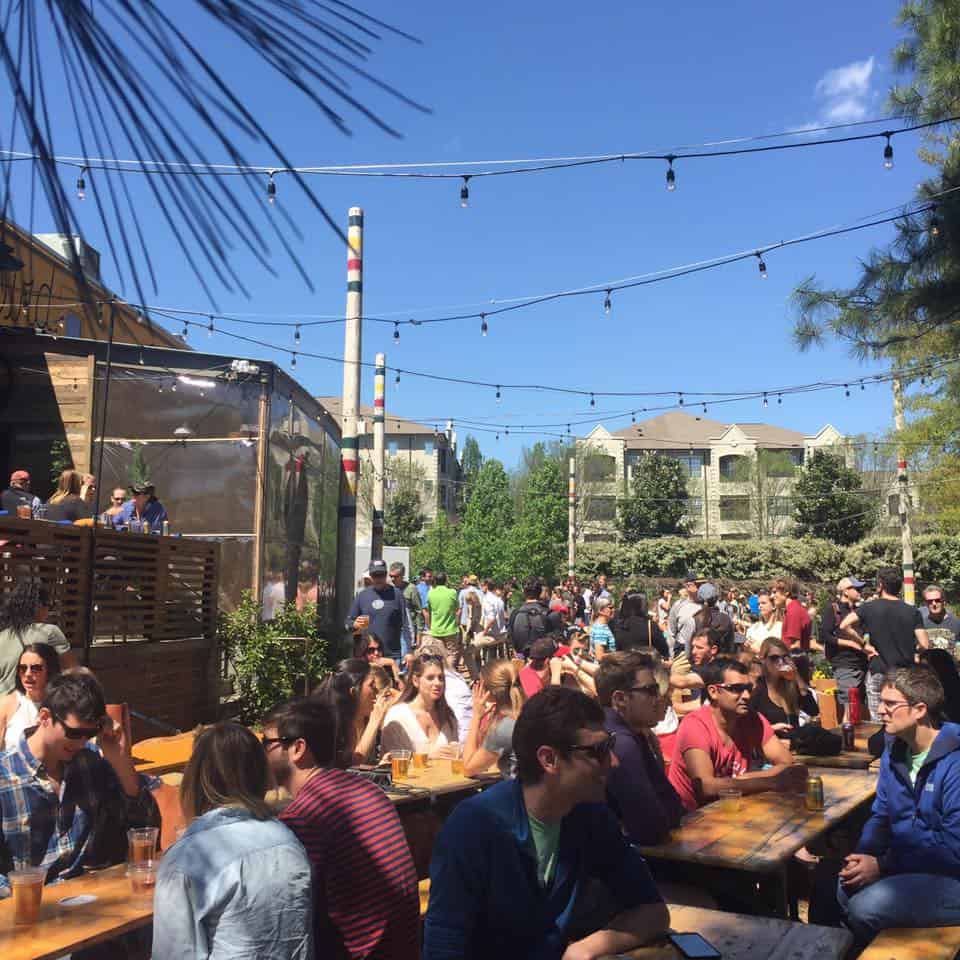 Top 10 Spots For Atlanta Dogs to Take Their Humans

Atlanta has no lack of pet-friendly facilities. Below is a list of such institutions, carefully groomed to our exacting standards. At long last, the rewards for the contest of “Who’s a good boy?” may be listed.Let’s get the Beltline out of the way. You know it. I know it. The American people know it. You can take your pet along Hotlanta’s premiere public draw.ParkGrounds Coffee on Flat Shoals Avenue came from a simple notion: What if we built a cafe, and dogs came? ParkGrounds had a dream, and that dream involved building a fenced-in dog park. You drink coffee, the canines socialize.Lucky’s Burger and Brew was named for the owners’ Golden Retriever. The interiors are stocked with images of its namesake. There are three locations, and the setup was designed to accommodate dogs. Featuring menu entries like the Dogfish Sandwich, it’s hard to argue against the thematic unity of Lucky.The Piedmont Dog Park. There are three acres, and enclosures where the quadrupeds can go nuts in a the most sociable way. Stay for a while, and enjoy Atlanta’s blessing and curse, the omnipresent sun.Joe’s on Juniper. The Midtown watering hole has tavern charm and dog relevance. Like many groovy Atlanta standbys, Joe’s comes complete with a lengthy catalog of cocktails and an impressive checklist of beers to consume. And, like many of these other institutions, they have an outdoor area for dogs.Ladybird. The spot in front of Ladybird is called the Grove. You’ll be using it from here on out. Don’t worry. There are lots of other pet-dads and moms out there too. Look for it near the Krog and Ponce markets.Perk-n-Pooch. Behind the Gwinnett College Building, between LA Fitness and Canton Cooks II, lives one of the crown jewels of the Atlanta dog scene. Perk-n-Pooch is a dog-wash and coffee cafe, but it’s so much more: a testament to the crossover appeal of human/dog interests, and the ingenuity of business innovation. You can wash your dog and score a shake. How can you beat that?Park Tavern. The Tavern is a polestar of the Atlanta nightlife scene, and its famous hospitality extends to man’s best friend. Like the other entries in this list, there’s an outside area (see Park, Piedmont) and a decent view (see Atlanta, skyline of). Parking is your own concern. Regardless, your dog will still love you.Publico Atlanta gets a nod on this list because it has a rare feature in Atlanta pubs: The patio has grass. Yeah, you heard me. That nature stuff? It’s back in style. Of course, there’s more, including a VIP menu, which ends up standing for “Very Important Puppy.” What’s on the list? Treats. Better still, the menu sales go to the Atlanta Humane Society.Memorial Drive’s Grindhouse Killer Burgers doesn’t have actual grass in its patio area, but it has something close — Astro-Turf is soft stuff, after all. Throw in tins of complimentary water for the four-legged guests, and this is another picnic-table patio that’s worth your time.Midway Pub on Flat Shoals Avenue is as pet-friendly as the rest of these entries, but I include it on the list because there’s a tiki bar on the weekends. I’d like to address that: a tiki bar and a dog-friendly patio. How often do those two elements cross over?