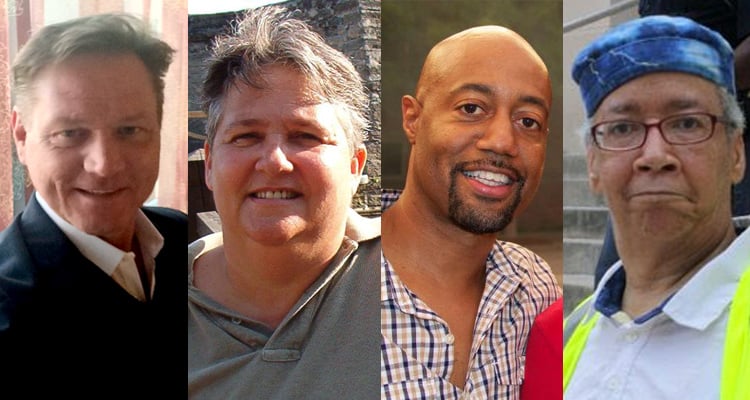 Roses are red, violets are blue, Atlanta’s ’90s LGBT activists are awesome and deserve a thank-you.

A number of these individuals will be honored Wednesday night at the third annual Our Founding Valentines gala.

“It’s a time to say thank you,” said Jamie Green-Fergerson, executive director of Atlanta Pride, which puts on the event along with the nonprofit Touching Up Our Roots. “We put it at Valentine’s Day to sort of show our love and appreciation.”

Each year, the organizations select a group of honorees from a specific decade. For the 1990s this year, the list includes Pat Hussain, who founded and led the Olympics Out of Cobb; Julie Rhoad, coordinator of the LGBT Welcoming Center at the ’96 Olympics; notable public health educator Craig Washington; activist and radio personality Betty Couvertier; and Lynn Cothren and Cheryl Summerville, known for their work on the protests against Cracker Barrel and workplace discrimination. Dennie Doucher, who helped found the Atlanta Lesbian Health Initiative and laid the groundwork for the Phillip Rush Center, will be posthumously honored.

Cothren said he was humbled to be part of the event, and added that one of the main reasons he accepted his nomination was to pay homage to his fellow activists, like Summerville.

“Cheryl Summerville is also being honored and I don’t think no one really understands the sacrifice, but also the contribution, that Cheryl made to Atlanta,” Cothren said.

Summerville was fired from her job at Cracker Barrel because of her sexuality, and went with Cothren on a nationwide tour to raise awareness about discriminatory workplace policies. She appeared on Oprah, and Cothren said her work “galvanized Atlanta.”

“All of the stuff, it was a team of people. It wasn’t me. It wasn’t Cheryl. It wasn’t Pat [Hussain]. We were part of a great team,” Cothren said. “There’s a role to play for street activists to work in tandem with people on the inside, at the table, and they are much more powerful at the table when you have strong voices on the street holding their feet to the fire. … I’m happy that they’re allowing me to accept the award for all of the ground crew, the people they may not know their names, who did all the work.”