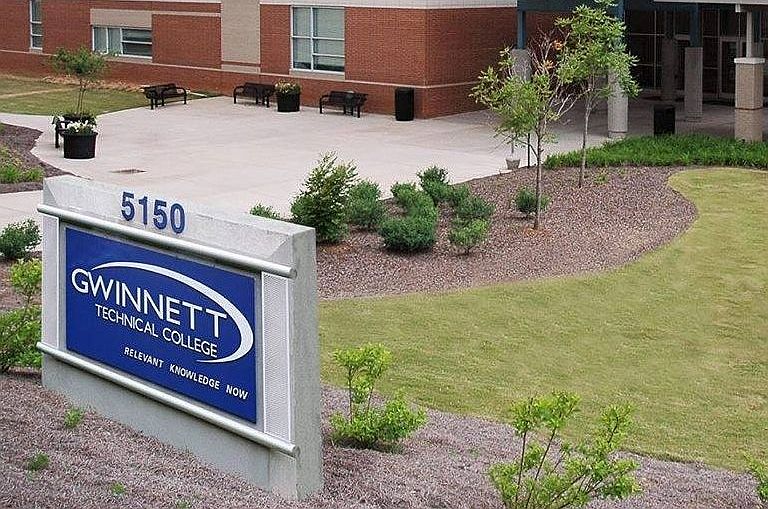 Woman files suit, claims Gwinnett Tech fired her for coming out as transgender

Christine Daily, former program director of Emergency Medical Services at Gwinnett Technical College, has filed suit against the school alleging she was fired for coming out as transgender.

The lawsuit, obtained by Georgia Voice, lists the defendants the Technical College System of Georgia, Gwinnett Tech’s president, the former and current deans of Health Sciences, the vice president of Academic Affairs, the former director/coordinator of Human Resources and anonymous workers John or Jane Doe.

Gwinnett Technical College was ranked the third largest technical college in the state, as of 2015, by the Atlanta Business Chronicle based on total enrollment.

The lawsuit was filed Nov. 11 in federal court in Atlanta and contends that the college subjected Daily to sex discrimination and retaliation in violation of the Equal Protection Clause of the 14th Amendment.

Daily filed an earlier charge of discrimination with the Equal Employment Opportunity Commission, who on Aug. 24 issued Notice of Right to sue.

Timeline of a termination

GTC originally hired Daily in 2006 as an instructor in the Health Sciences Department, and in 2008 she was promoted to program director of Emergency Medical Services.

Her troubles began in May 2016, when she filed a formal complaint concerning harassment from a co-worker with Steven Moyers, the dean of Health Sciences at the time. A meeting with Dr. Victoria Seals, vice president of Academic Affairs, was called to discuss the matter. Daily said she informed Seals that she was transgender and planned to proceed with her physical transition. Seals then reportedly sent her to Human Resources to meet with the department’s now former Director Debra Gerardo, where she came out to her as transgender. She said she was told that the department would discuss the “issue” with attorneys before revisiting.

In the days following, Daily said Gerardo told her she would be required to give 24 hours’ notice of a name and sex change. Gerardo also allegedly warned Daily that upon notification of the change, she would not be “allowed” to alternate her identity. She was also asked to prepare a transition timeline, to be reviewed by Gerardo and Seals. After submitting it, Daily claimed Seals informed her that the timeline provided would “disrupt the education process.” They allegedly asked that Daily refrain from presenting as her gender until the Christmas break — several months out.

The Technical College System of Georgia’s policy manual lists three formal levels of disciplinary action: Reminder 1, Reminder 2, and Decision-Making Leave. During the first meeting, the supervisor is to inform the employee that it is their first formal reminder. After six months or three repeated reminder meetings, a second reminder is given. The policy manual instructs that three situations generally lead to a decision-making leave, including a similar problem within nine months, three second reminder meetings, or sufficiently serious issues with performance, conduct or attendance.

However, three months prior to being fired, Daily said Gerardo and Seals told her she must take a 24-hour decision-making leave, not giving Daily the opportunity to complete the first two steps.

Daily, who claimed she never received a negative review during her time there, was fired in November 2016. Gerardo and Phil Klein, dean of Health Sciences, allegedly told her she was being terminated due to “unprofessional conduct and insubordination” and she was escorted off the property.

GTC’s non-discrimination policy states that the college does not discriminate on the basis of race, color, creed, national or ethnic origin, gender, religion, disability, age, political affiliation or belief, genetic information, disabled veteran, spouse of military member or citizenship status. It also encompasses the recruitment and employment of personnel and contracting for goods and services.

The 11th Circuit Court of Appeals, which covers Alabama, Georgia and Florida, established in a 2011 decision that Title VII prohibits employment discrimination against a transgender individual, because gender non-conformity amounted to sex discrimination.

But in October of this year, U.S. Attorney General Jeff Sessions reversed the Justice Department’s stance that Title VII protects transgender employees. The memo declared that Title VII “does not encompass discrimination based on gender identity per se, including transgender status.”

The statement conflicts with the EEOC’s position that Title VII covers transgender workers, as well as decisions from courts in the First, Sixth, Ninth and 11th Circuits.

Phillip McCurdy and Emily Brenner are the lead attorneys for Christine Daily in her case. No deadlines or hearings have been scheduled as of press time.