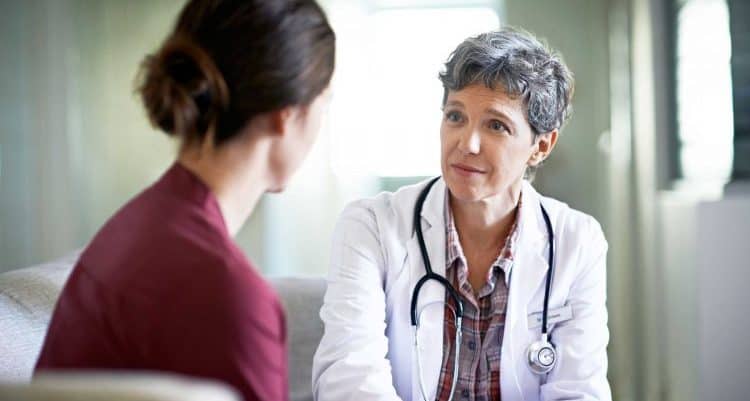 Augusta trans man inspires others to live their truths; urogynecologist weighs in

Rowan Elijah Feldhaus, 25, passed away May 16 following complications from gender confirmation surgery. The Augusta resident made headlines in June 2016 after a local judge denied his name change request, a decision overturned earlier this year by the Court of Appeals of Georgia. But that was just the start of his legacy.

In life, Feldhaus was known for his “grace, quiet dignity, strength and self-assurance,” Lambda Legal Counsel Beth Littrell said in a statement. Now, after a Harry Potter-inspired wand ceremony to celebrate his time on Earth, Feldhaus lives on as both an organ donor and an inspiration to all who want to live their truths.

According to the American Society of Plastic Surgeons, there was nearly a 20 percent increase in gender confirmation surgeries in just the first year of reporting. In 2016, more than 3,200 surgeries were performed to help transgender individuals.

What’s right for me?

Transgender individuals don’t always elect to undergo surgery as part of their transition, but if they do, there are a number of procedures available to them. Some are more cosmetic, such as body or facial contouring, but others involve creating functional genitalia.

“It’s a grab-bag term, but it involves multiple types of procedures depending on where an individual is in terms of their transition and what they feel helps affirm them and their expression of the gender,” said Dr. Bernard Taylor, a urogynecologist with the Carolinas Healthcare System Department of Obstetrics and Gynecology in Charlotte, North Carolina.

He specializes in “bottom surgery,” which involves surgeries that affirm gender below the belt.

“The women who undergo transgender female surgeries generally have to have their testicles removed, penis removed and then we create a vaginal canal,” Taylor said.

This procedure inverts the skin of the penis and scrotum. It’s a bit of the opposite for trans men, however.

“Many times they’re going to start with a hysterectomy and the removal of the ovaries. Then that may be all that they want; they want to have their menstrual period stopped. They want their uterus and ovaries removed,” Taylor said. “If they want to further transition to more masculine genitalia, many times we’ll close off or remove the internal vagina and then reconstruct a small penis they can use to urinate while standing.”

For transgender men who plan to have sex, Taylor said it’s possible to undergo a procedure called a phalloplasty, which constructs a penis that, if desired, can have a prosthesis that allows it to become erect.

Taylor said these surgeries are only performed for individuals with a medical condition called gender dysphoria, meaning they feel their genitalia must be changed in order to live as their true gender.

“Those individuals who have dysphoria are those who physically look at themselves in the mirror and are really distressed about their bodies not being the gender they were born to be,” Taylor said.

Regardless of what procedures, if any, a transgender individual chooses, there’s lots of preparation and counseling involved.

“The bottom surgeries are permanent. They’re not reversible. So the patient has to undergo much more thorough counseling and we have to make sure they’re prepared, and their families and their social life,” Taylor said. “We have a consultation about the various types of surgery.”

Age of transition is also a hot topic in the medical community. Taylor said the standards of care is that surgery is acceptable at 18 years old, though some individuals may choose to begin hormone therapy or other non-surgical forms of transition much earlier.

Like any procedure, bottom surgeries are surgery, and with them come risks — even some that may seem far-fetched.

“Any surgery, there’s an immediate risk of bleeding, anesthesia, risk of injuring body organs, infection,” Taylor said. “The long-term potential risks or complications that can arise can be chronic problems with bladder dysfunction. If we’re creating a urethra or penis, you can have a fistula, which is a narrowing of the urethra. For a patient undergoing vaginoplasty, they require dilation, and if they don’t dilate regularly, then they could actually have narrowing, tightening or shortening of the vaginal canal internally and it won’t be functional.”

Even a regularly performed surgery can have potential complications. According to the Centers for Disease Control and Prevention, there are approximately 600,000 hysterectomies performed each year in the US. However, it was complications related to this procedure that led to Feldhaus’ death.

“Sepsis is an overwhelming infection in the body where bacteria and some of the toxins can be released and they cause organ damage, particularly kidneys, liver, heart and lungs. That’s what could occur with any surgery, and it has to be identified very early and treated in the hospital,” Taylor said. “Typically it’s pretty rare to have it happen after an elective surgery, but it can occur after any procedure.”

He advised transgender individuals considering surgery to ensure their procedures are done by a board-certified physician who has hospital privileges in case a complication does arise.

“We don’t plan them, but they happen. When it does happen, you want to make sure your surgeon has privileges and resources so you can be taken care of,” Taylor said.

Unfortunately, there’s not a great resource available listing doctors who perform gender confirmation surgeries. Taylor said patients should ask their doctors how many such procedures they’ve done in the past year to ensure they’re pairing with someone prepared to offer them the best treatment available.