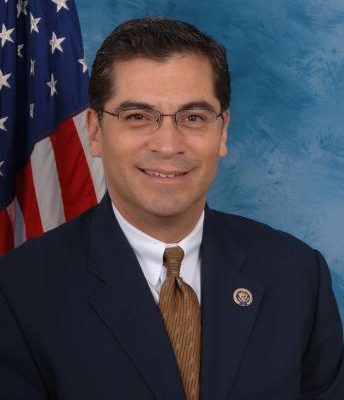 The Biden administration announced today (May 10) that health care providers are prohibited from discriminating against transgender patients, a reversal of a Trump-era policy.

According to the New York Times, the Department of Health and Human Services (HHS) will once again prohibit discrimination on the basis of sexual orientation and gender identity by federally funded health care organizations.

“Fear of discrimination can lead individuals to forgo care, which can have serious negative health consequences,” HHS secretary Xavier Becerra said in a statement. “It is the position of the Department of Health and Human Services that everyone – including LGBTQ people – should be able to access health care, free from discrimination or interference, period.”

This is a return to an Obama-era practice, which interpreted the provisions in Section 1557 of the Affordable Care Act that protected people on the basis of “race, color, national origin, sex, age, or disability” to include transgender people. This was reversed by the HHS under former President Donald Trump.

Officials said the change was based on the Supreme Court ruling in Bostock vs. Clayton County, which found that LGBTQ people are protected from employment discrimination on the basis of sex by the Civil Rights Act of 1964.

Lambda Legal, a legal organization committed to fighting for LGBTQ civil rights, celebrated the move by HHS but noted that there’s still work to be done.

“Today, the Biden administration and HHS provided some needed clarity after the Trump administration did everything it could to undermine and muck up the law to target and hurt our communities, in particular, transgender patients,” Omar Gonazalez-Pagan, Senior Attorney and Health Care Strategist for Lambda Legal, said in a statement. “We applaud HHS for taking this important and necessary step, which is ever more important during the global COVID-19 pandemic.”

“However, the significant step taken today is just one stop in what is a long road to undo the undermining of health care protections for all people under the Trump administration,” he continued. “Today’s announcement does not address the significant aspects of the Trump-era rule that we and others have challenged in court. We encourage Secretary Xavier Becerra and the Biden administration to take additional steps to ensure that all LGBTQ people are completely covered wherever and whenever they may encounter discrimination during some of the most delicate and precarious moments of their lives, when seeking health care.”

This reversal of anti-LGBTQ Trump-era policies is not the first out of the Biden administration. The Department of Housing and Urban Development (HUD) announced last month that it formally withdrew a rule proposed by the Trump administration that would’ve allowed taxpayer-funded homeless shelters to turn away transgender people.