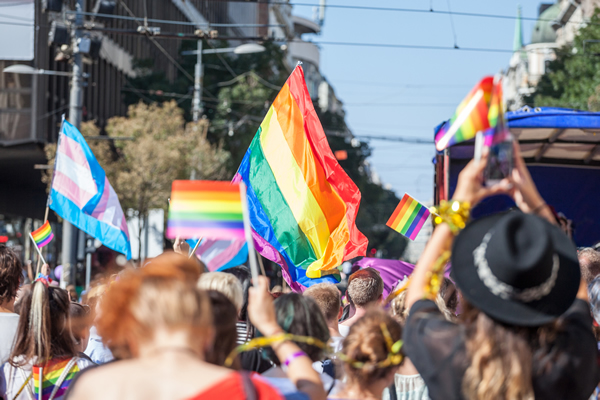 Biden Administration to Accept Cases of Anti-LGBTQ Discrimination in Housing

The Biden administration is set to declare it will take up and adjudicate cases of housing discrimination against LGBTQ people to comply orders against anti-LGBTQ discrimination from the U.S. Supreme Court and President Biden.

The Department of Housing & Urban Development, in a memorandum set for publication on Thursday, is set to announce the department will accept and investigate complaints under the Fair Housing Act in cases of housing discrimination based on sexual orientation or gender identity.

“Housing discrimination on the basis of sexual orientation and gender identity happens throughout the United States,” a HUD official said during a background conference call with reporters. “Housing providers need to know it violates the law, and it demands urgent enforcement action.”

The memorandum is the result of President Biden’s executive order directing all federal agencies to comply with the Supreme Court’s decision in Bostock v. Clayton County, which determined anti-LGBTQ discrimination is a form of sex discrimination, thus illegal in the workplace under Title VII of the Civil Rights Act of 1964. The ruling has broad implications for all laws that bar sex discrimination, including the Fair Housing Act.

The memorandum, a HUD official said, would allow HUD to begin accepting cases of anti-LGBTQ discrimination and retroactively review allegations that were submitted after Jan. 20. Unfiled claims that are still timely (based on alleged anti-LGBTQ discrimination within the past year) can be filed or added to a current complaint, the HUD official said.

Further, HUD will instruct Fair Housing Assistance Program and Fair Housing Initiative Program partners to conduct a review of all allegations filed on or after Jan. 20 based on anti-LGBTQ discrimination. These partners in federally subsidized housing must also accept new or amended complaints based on alleged anti-LGBTQ discrimination in the past year, the HUD official said.

“The Biden administration is committed to ensuring that LGBTQ+ individuals receive full protection under our nation’s civil rights laws, and this is an important step in fulfilling that promise,” a HUD official said.

HUD is the first U.S. agency to announce a plan to implement the Supreme Court’s decision in the Bostock case in the aftermath of Biden’s executive order, which he signed on his first day in office.

A HUD official said in the past year, when individuals didn’t know about their legal right to file a complaint, the department received about 200 complaints related to sexual orientation and gender identity.

The HUD official, responding to a question from the Washington Blade, said the memorandum came about after interagency talks including the department, the White House and Office of Management & Budget after Biden’s executive order.

“That’s because there was a one-year statute of limitations on discrimination cases involving housing that [factors] into that,” the HUD official said. “So, we need to make sure that the cases are timely, the allegation validations are timely, and that’s the reason for that.”

The Trump administration had a different approach to cases of anti-LGBTQ discrimination in housing. HUD under former Secretary Ben Carson had proposed a rule that would have amended the Equal Access Rule to allow taxpayer-funded homeless shelters to refuse to accept transgender people consistent with their gender identity for sex-segregated facilities.

Although the Trump administration gave up on that regulation before making it final, it technically remains on the books and is set for publication in the Federal Register in April.

Asked whether the Biden administration plans to write any additional regulations for the Equal Access Rule, a HUD official said the new administration would scrap the Trump-era proposal and the new memorandum would be consistent with the policy implemented in the Obama administration.

“HUD rejects the prior administration’s unfinalized proposed rule that would have weakened the protections of the Equal Access Rule and HUD is currently considering how Bostock and the executive order may affect other [statues the department enforces],” the HUD official said.