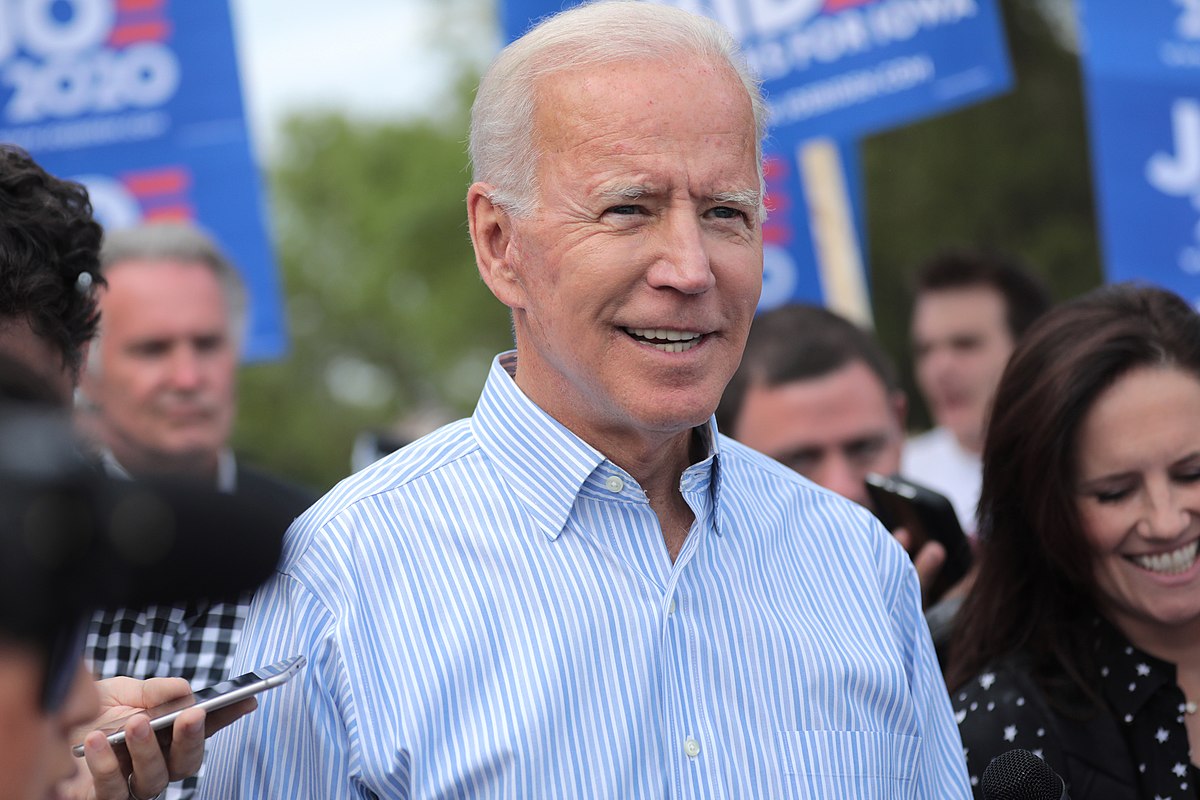 Biden Pledges to Mom of Trans Kid to Protect LGBTQ Rights: ‘I Will Flat Out Change the Law’

Joe Biden, asked Thursday evening during a town hall on ABC News by the mother of a transgender child how he’d reverse anti-LGBTQ policy during the Trump administration, was direct about in his plan: “I will flat out change the law.”

Mieke Haeck, a physical therapist based in State College, Pa., told Biden she’s the “proud mom” of two girls, age 8 and 10, and the youngest child is transgender.

Haeck, saying the Trump administration has “attacked the rights of transgender people,” pointing out the transgender military ban, weakening of non-discrimination protections and removal of the word “transgender” from government websites.

“How will you, as president, reverse this dangerous and discriminatory agenda and ensure that the lives and rights of LGBTQ people are protected under U.S. law?” Haeck said.

Without any hesitation, Biden said: “I will flat out change the law.” The Democratic presidential nominee has said he’d sign the Equality Act, which expand anti-LGBTQ non-discrimination protections under federal law, within the first 100 days of his administration.

Asked by a mother of a transgender child about what he will do to protect LGBTQ rights, former VP Biden says: "I will flat out just change the law." #BidenTownHall pic.twitter.com/0YCjM5Og4I

Biden then recounted a familiar story of his father raising him not to discriminate against LGBTQ people, recounting a tale about encountering a gay couple whom he saw kiss in his youth as getting a lifeguard application.

“I turned to my dad, my dad looked at me and said, ’It’s simple, they love each other,” Biden said.

Referring the woman’s story, Biden continued, “The idea that a eight-year-old child or 10-year-old child decides, you know, I decided I want to be transgender. That’s what I decided I’d like to be. It would make my life a lot easier.”

Biden went on to discuss ongoing violence against transgender people. In the year 2020, at least 32 transgender or gender non-conforming people have been violently killed this year, making it the deadly year on record since those numbers have been recorded.

“And so, I promise you, there is no reason to suggest that there should be any right denied to your daughters or daughters,” Biden said, asking if there was one or two (Haeck said it was one.) Biden concluded her transgender daughter should have every right “that your other has a right to do.”

But it wasn’t LGBTQ-related question that came up during the town hall. Another questioner, raising the possibility of the confirmation to the Supreme Court of Amy Coney Barrett, asking Biden what he say to LGBTQ people and other who are worried “about erosion of their rights and our democracy as whole.”

“There’s great reason to be concerned for the LGBT community, something I fought very hard for a long time to make sure there’s equality across the board,” Biden said.

Most notably, Biden was early to come in favor of same-sex marriage, saying in 2012 “Meet the Press” same-sex couples should have absolutely have the same rights as any other couple. Those remarks are still remembered for the tremendous impact they had in advancing support for same-sex marriage.

Biden added he thinks health care “overall is very much in jeopardy” as a result of Barrett’s imminent and a pending lawsuit before the U.S. Supreme Court that would decide the constitutionality of the Affordable Care Act. The Trump administration has supported that lawsuit. Biden concluded, “There’s a lot at stake.”

“There’s great reason to be concerned for the LGBT community,” says @JoeBiden about the possibility of Amy Coney Barrett joining the Supreme Court. "I fought to make sure there’s equality across the board.” #BidenTownHall pic.twitter.com/BZoSaCsYvD

Sarah Kate Ellis, CEO of the LGBTQ media watchdog GLAAD, praised the inclusion of the LGBTQ questions in the Biden town hall in a statement, criticizing the absence of such questions in an NBC News event with President Trump that aired at the same time.

“Tonight ABC and George Stephanopolous made history by including two questions which let LGBTQ voters know where Vice President Biden stands on issues important to our community,” Ellis said. “It is a shame and a disservice that President Trump was not asked about his abysmal record on LGBTQ issues and national media needs to end this silence moving forward. LGBTQ voters and our allies make up a powerful voting bloc and deserve to know where the candidates stand.”