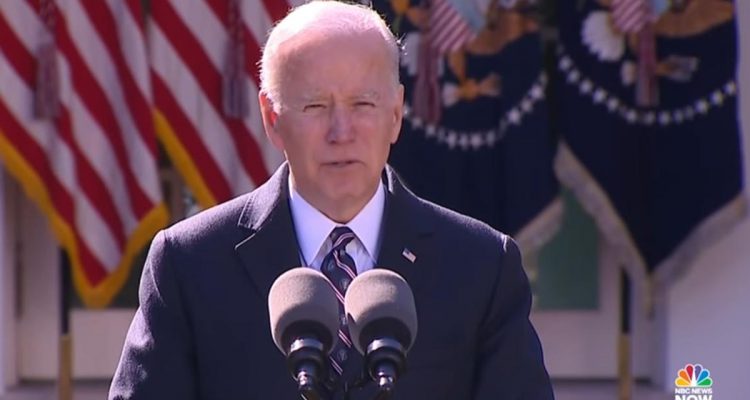 President Biden is set to sign a wide-ranging executive order on LGBTQ youth and conversion therapy.

President Biden, in recognition of Pride month during a reception with LGBTQ leaders and advocates at the White House, signed a wide-ranging executive order advancing his administration’s goals for LGBTQ policy, which includes new prohibitions on widely discredited conversion therapy and resources for parents and children in states enacting laws against transgender youth.

The executive order is the latest measure from the Biden administration building on its reputation for steadfast support for transgender and non-binary youth, who are the targets of more than 300 pieces of anti-LGBTQ legislation in state legislatures and new state laws. Many of these measures ban transgender girls from sports consistent with their gender identity or penalize medical providers and parents for providing transition-related care for youth.

Key components of Biden’s order direct U.S. departments and agencies, including the Department of Health & Human Services and the Department of Education, to develop regulations and policies that would counteract the state measures, according to a White House fact sheet.

Among the components of the directive:

Asked by the Washington Blade if the White House is anticipating a response from states that have enacted laws against transgender and non-binary youth, many of which have taken the Biden administration to court over federal policies, a senior administration official declined to say.

“We don’t know,” the official said. “The focus is not really on what their response will be. What we’re focused on is responding to the frankly un-American policies they’re pushing through state legislatures. They’re going after kids, they’re going after families just because of who they are, and the president has said repeatedly that he will stand with LGBTQI youth and families and people across the country. That’s what this executive order is going to do.”

The executive order, however, falls short of the Biden campaign’s pledge to sign the Equality Act into law, which in the 2020 election he promised he would do within the first 100 days of his administration. Although the comprehensive LGBTQ legislation has cleared the House, it is all but dead in the Senate and has yet to come up for a vote.

Asked by a reporter about why Biden hasn’t placed as much emphasis on the Equality Act as other legislative measures, such as the Build Back Better package or voting rights legislation, a senior administration official shot back that was at odds with the facts.

“The president is a strong supporter of the Equality Act and he has not wavered in that,” the official said. “He continues to call on Congress to pass the Equality Act. You heard him renew that call during the State of the Union address … Any assertion that he hasn’t been full-throated on that is just completely at odds with the facts. The president today will reiterate the need to sign this legislation into law.”