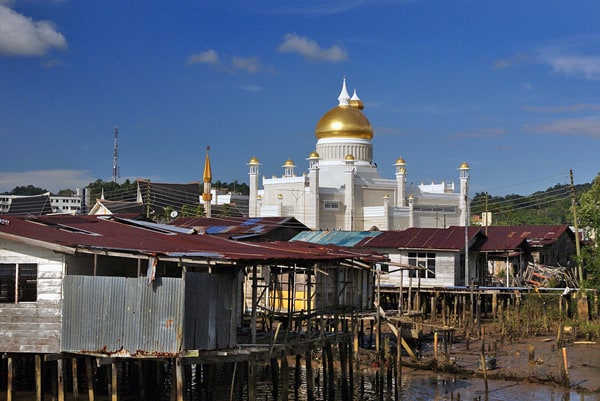 A bisexual man in Brunei on April 5 said his country’s new penal code that calls for the death penalty for anyone convicted of consensual same-sex sexual relations is “weaponizing religion.”

“Our religion is one of peace and one of tolerance,” he told the Washington Blade during a WhatsApp interview from Bandar Seri Bagawan, the Bruneian capital. “I don’t see it as righteous or pious … it’s weaponizing religion.”

The death penalty provision of the penal code, which is based on Shariah law, took effect on April 3.

The man with whom the Blade spoke said he identifies as a liberal Muslim and has been with his partner since 2018. He asked the Blade not to publish his name, and stressed his thoughts about the penal code are “personal and my own.”

He said the new penal code has been “polarizing” in Brunei with “people who are strongly opposed to it.” He also told the Blade there are Bruneians who “support” it.

“The reaction in general has been polarizing,” he said in a follow-up email. “There are those strongly opposed to it, and others in reverent support. But from what I see, those in support don’t seem to really know what they are supporting, at least not in a critical analytical sense.”

“I don’t think they are fully aware of the political, socio-cultural and economic impacts these laws may present, or event worse, I don’t think they care,” he wrote. “As they are blinded and feel they will be protected by God for being a more pious nation.”

The penal code, which also criminalizes apostasy and adultery, began to take effect in 2014.

“My reaction to the news is really just now of confusion,” he said. “Why now? After a 5-year gap? And all at once?”

Less than 500,000 people live in Brunei, which is a small, oil-rich country on the island of Borneo.

The State Department last week said the penal code “runs counter to its international human rights obligations.” President Trump has yet to publicly condemn it, but openly gay U.S. Ambassador to Germany Richard Grenell on April 3 agreed with U.S. Rep. Lee Zeldin (R-N.Y.) when he tweeted the “U.S. and international community should strongly condemn and take action against Brunei’s strict new Islamic laws targeting their LGBT community with stoning to death.”

“This should never be ok, especially in 2019,” wrote Zeldin in the tweet to which Grenell responded.

More than three dozen members of Congress on the same day in a letter to Secretary of State Mike Pompeo urged the State Department and the Trump administration to “take a stronger role in condemning these actions and take every necessary step in protecting and promoting LGBTQ civil rights on the world stage.”

U.N. High Commissioner for Human Rights Michelle Bachelet on April 1 said the penal code would encourage violence against gay Bruneians, women and religious minorities in the country. Ellen DeGeneres, George Clooney and Elton John are among those who support calls to boycott the Beverly Hills Hotel and other properties that Sultan Haji Hassanal Bolkiah of Brunei owns.

“We urge the government to uphold its obligations, to protect the rights and lives of its population,” said ILGA Asia in a statement it released on Wednesday.

The man with whom the Blade spoke said he thinks the Bruneian government and most of the country’s residents are unaware “of the bigger repercussions of the law.” He acknowledged the boycott of hotels that Bolkiah owns, but added Brunei’s economy “is already on a downslide.”

“Right now, it has been a serious challenge to expand the local job market and attract outside investors into the country,” he said. “With these laws in place, it’s not too far of a stretch to imagine such laws as discouraging to would-be investors. But I suppose that is why there has been more push to grow and upscale local business ventures.”

He applauded the governments of New Zealand and other countries that have publicly condemned the penal code. He said the Association of Southeast Asian Nations should follow suit.

“Government pressure does help,” he added.

‘We still go about our daily lives’

The man with whom the Blade spoke said the Bruneian government has yet to use the new penal code against anyone accused of engaging in consensual same-sex sexual relations.

He told the Blade his “behavior hasn’t changed since the whole thing started,” even though the Bruneian government has banned him from leaving the country because he publicly criticized Bolkiah on YouTube in 2015. He said his family has urged him to keep a low profile and not publicly speak about the penal code.

“I try to live my life the most socially acceptable way that I can,” he said. “It’s both worse and better than what people expect here, but again it’s still early to say.”

He said he and his partner have not received any threats since the penal code took effect.

“We still go about our daily lives, but I don’t know how much that will change,” he told the Blade.