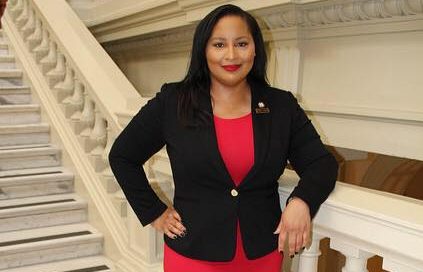 Shannon accredited the then-Secretary of State’s handling of the midterm elections, as well as his selfie with an anti-Muslim extremist, for her decision to boycott the speech, which Kemp will give Tuesday (December 11) at the legislative biennial conference.

“I am sick and tired of conservatives across the country running hateful campaigns and then expecting everyone to go back to business as usual after campaign season,” she said.

State Rep. Sandra Scott will join her. Scott is running to chair the Georgia Legislative Black Caucus and wants to encourage other members of the caucus to join. “It’s a conversation with need to have with the rest of members,” she said, adding that she knew she “will not be participating” in Kemp’s speech.

This speech marks the first time Kemp will have the chance to address legislators he hopes will support his agenda that could include an increase in teacher pay and decrease in gun restrictions.

Shannon is one of five openly LGBTQ members of the Georgia legislature. She came out as bisexual on the eve of National Coming Out Day in 2017.