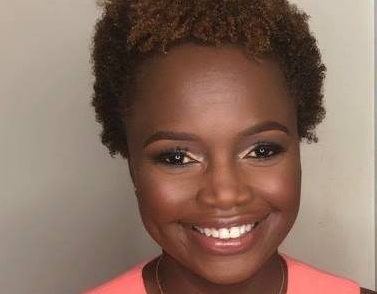 Shortly after making the announcement that the California senator would be joining him on the Democratic ticket as potential VP, the Biden campaign announced that senior campaign advisor Karine Jean-Pierre would be Harris’ chief of staff. With the position, Jean-Pierre is the first Black person to serve as chief of staff to a vice presidential candidate.

Jean-Pierre has extensive political experience, working for former President Barack Obama’s 2008 and 2012 campaigns and in the White House Office of Political Affairs during Obama’s first term.

The Haitian-American has been vocal about her identity as a lesbian and representation of people like her in politics. In an interview with The Advocate back in 2011, Jean-Pierre noted how important her and other LGBTQ staffers’ inclusion was in the Obama administration.

“What’s been wonderful is that I was not the only; I was one of many,” she said. “President Obama didn’t hire LGBTQ staffers, he hired experienced individuals who happen to be LGBTQ. Serving and working for President Obama where you can be openly gay has been an amazing honor.”

Many may recognize Jean-Pierre from a video that went viral last year of her taking the microphone away from an animal rights activist who took it away from Harris during a MoveOn forum.

Jean-Pierre, who was also an analyst for MSNBC and the national spokesperson for progressive organization MoveOn in 2016, told The Advocate later in 2019 that “representation matters,” not just for the LGBTQ community but women and people of color, as well.

“That is why I find so many of these young newly-elected members of Congress—many of whom are women and women of color—so inspiring,” she said.