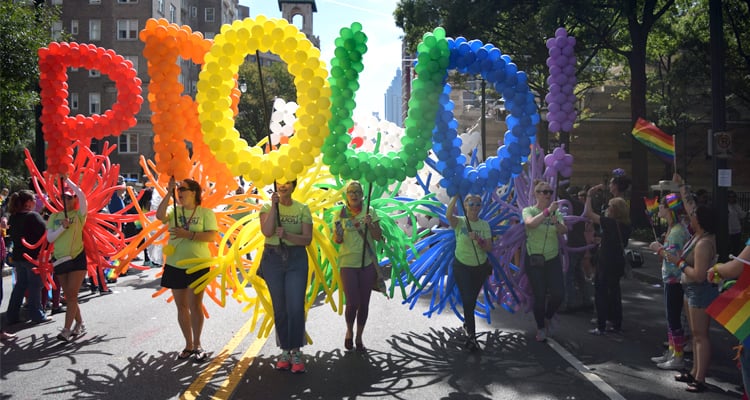 BREAKING: Atlanta Pride is Not Cancelled, Despite Move from City to Halt Permits

Amid reports that the City of Atlanta has decided to halt the issuing of permits for large-scale, outdoor events, the Atlanta Pride Committee has confirmed that the Atlanta Pride festival and parade are still expected to be held in October.

On Tuesday, WSB-TV reported that the Atlanta City Council voted to temporarily stop issuing permits for large-scale events, therefor threatening festivals like Dragon Con or Atlanta Pride. However, Jamie Fergerson, the executive director of the Atlanta Pride Committee (APC) confirmed with Georgia Voice that this does not mean Atlanta Pride has been cancelled.

“The ordinance is a ratification of the Mayor’s executive order that was issued at the end of March,” Fergerson told Georgia Voice. “Both orders say there is a temporary stay on issuing permits until there is evidence from the health community that it’s safe to gather in large numbers. It is correct that there are no permits being currently issued; however, this does not mean that events have been proactively cancelled…They haven’t cancelled anything. The special events office, the parks department, the police, everyone’s been continuing to work with us.”

The APC is continuing with planning for their 50th anniversary parade and festival, which is still set to be held October 9-11, but they have not yet been able to secure necessary permits because of the pandemic.

“Obviously, public health is everyone’s biggest concern,” Fergerson continued. “So, it certainly is possible that there will be changes or cancellations for more events going forward…But, at this point, we’re planning to have the event if it’s safe. If it becomes clear that it’s not safe to do that, then we’ll work with the city and our other partners to appropriately change our plans.”

“Atlanta Pride Family: Some of you may have seen a news report yesterday stating that our Festival and Parade have been cancelled for 2020 — this is not accurate. We continue the work to plan for our 50th anniversary. As a part of our planning, we remain in frequent contact with numerous government offices and officials to receive the latest updates. We confirmed that our dates are still being held at Piedmont Park as recently yesterday afternoon.

On Monday, the Atlanta City Council codified language from the Mayor’s Executive Order providing for a temporary suspension of permits for outdoor events, but no events have been cancelled by the City at this time. The City of Atlanta is continuing to work with us and other events scheduled for Fall 2020 on both scheduling and event logistics. If and when it is prudent to do so, the permitting process will re-open, and we will be ready to move forward in that process.

As you know, health and legal conditions are rapidly changing. We are monitoring them closely with local official and public health professionals. If we reach a point where we are certain that it is not in the best interest of our community or public health to hold our Annual Festival and Parade as planned, we will communicate that through official channels as well as any alternate plans for celebrating our 50th anniversary.

For now, please stay safe and stay home. Our programming team – both staff and volunteer – have curated exciting programming for your [sic] to enjoy from home. If you have ideas for other digital programming that you’d like to see, please post them in the comments below.

UPDATE: We have received confirmation from the Mayor’s Office of Special Events this morning that they have not cancelled events and will be putting out an official statement soon.”