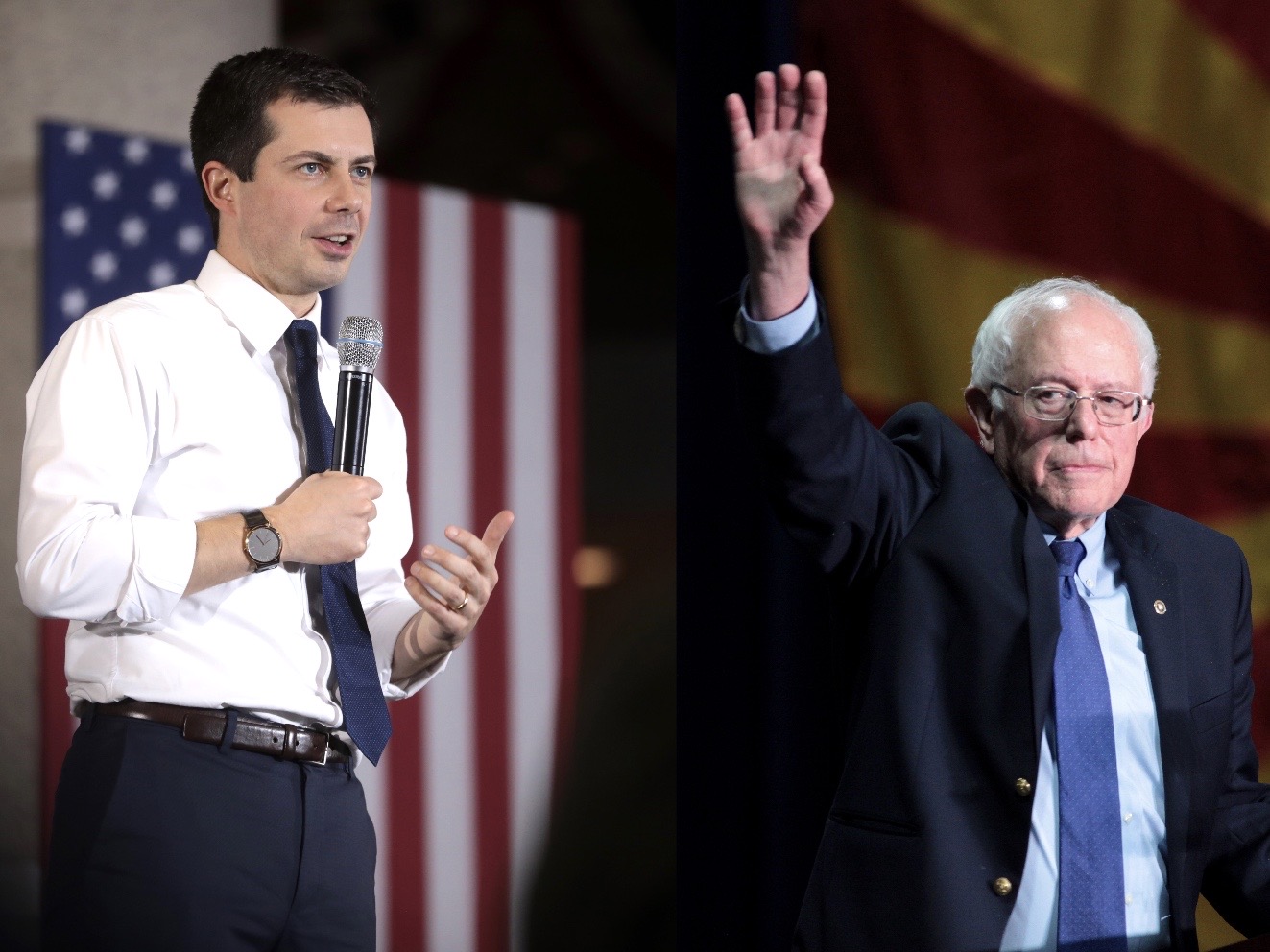 Buttigieg and Sanders Lead in Iowa

With 96 percent of the results from Monday’s caucus in Iowa in, Pete Buttigieg is neck and neck with Vermont Sen. Bernie Sanders for the top spot.

Buttigieg, who made history as the first openly LGBTQ Democratic candidate, currently has 26.2 percent of the state delegate equivalents, a narrow lead over Sanders’ 26 percent.

This lead accounts for four out of 2,093 counted state delegate equivalents. However, Sanders has maintained a 2,000 vote lead in the final alignment popular vote, according to AP News. Both candidates have eleven delegates each of the state’s allotted 41. To win the nomination, a candidate needs 1,991 delegates.

While Buttigieg is a representative of the LGBTQ community, Sanders has been a long-time ally throughout his career. IN a recent poll, he was found to be a favorite among LGBTQ voters.

Sen. Elizabeth Warren trails the two frontrunners in third with 18.2 percent and former Vice President Joe Biden, with 15.8 percent, comes in at fourth.

The results from the Iowa Democratic caucus are still streaming in four days after the caucus was held due to a delay by “quality control checks.”

“The Iowa Democratic Party implemented an immediate, large-scale effort to collect results for precincts that were not received on caucus night,” the IDP said in a press release distributed Wednesday. “We started with 500 outstanding precincts and now have 53 that are in the process of being reviewed.”

According to the New York Times, there have been inconsistencies and flaws among the released results, with more than 100 precincts in Iowa reporting results that were internally inconsistent, missing data, or not possible under the caucus’ complicated rules.