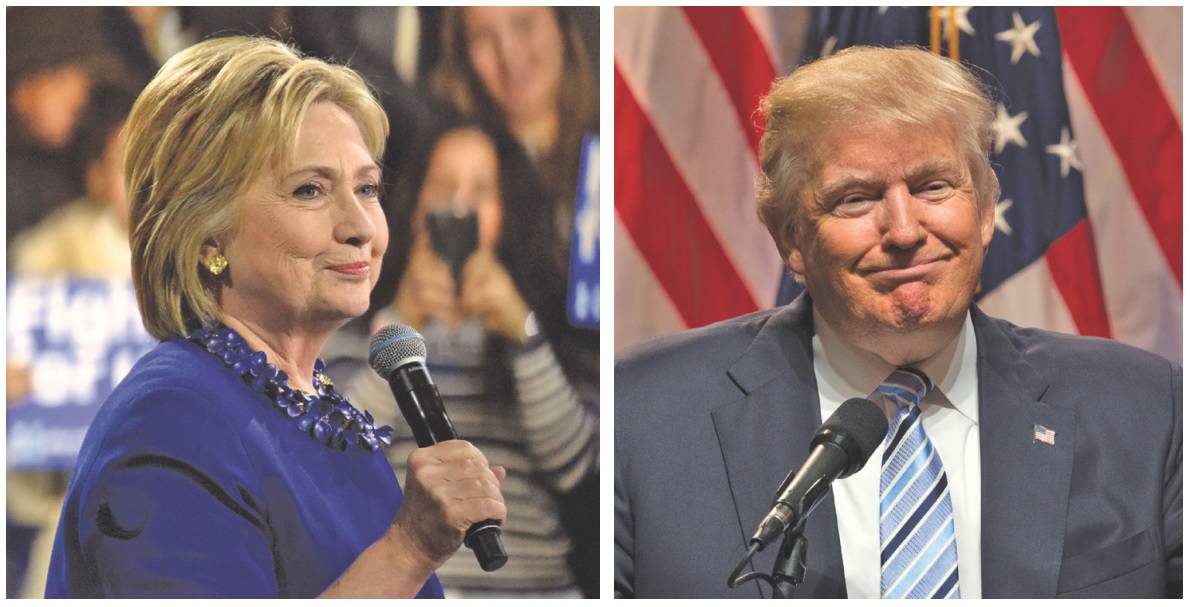 Speaking to a large crowd at an outdoor rally on a college campus in Manchester, New Hampshire, Clinton said she had just found out that day that a gay maintenance worker has a lawsuit pending against a Trump golf club over anti-gay harassment he experienced on the job. Clinton noted that the man’s supervisors “did nothing” to stop the harassment and eventually fired him.

Clinton said the harassment was the type of discrimination “too many” LGBT people face today and criticized the management of the Trump golf club, saying “instead of stopping the tormentors, they turned on the victim.”

Later in her stump speech Clinton reiterated her support for marriage equality. She also posed for photographs with openly gay Massachusetts Attorney General Maura Healey, who has been an active supporter of Clinton’s campaign. Joining Healey for the photos and onstage at the rally were Massachusetts’ U.S. Senator Elizabeth Warren and New Hampshire Governor Maggie Hassan.

The gay man’s lawsuit against the New Jersey golf club was filed in May 2015 but apparently made public for the first time by a Slate.com columnist just an hour or two before Clinton took to the rally stage in New Hampshire.

The lawsuit, Eleazar Andres v. Trump National Golf Club, was filed in a state superior court in Camden County. The lawsuit says that Andres was hired in April 2014 as a maintenance worker and that he came out as gay to his fellow employees. Following that, his fellow employees taunted him with anti-gay verbal abuse and routinely threw objects, including rocks and golf balls, at him. Although a supervisor promised to do something to stop the abuse, the supervisor refused to provide the names of the fellow employees so that Andres could file a police report.

Attorneys from neither side had returned calls by deadline. Slate said Trump’s attorneys acknowledged that Andres’ fellow employees threw rocks at him, but they reportedly argued that his lawsuit is invalid because Andres himself was guilty of conduct that fostered or provoked the attacks.