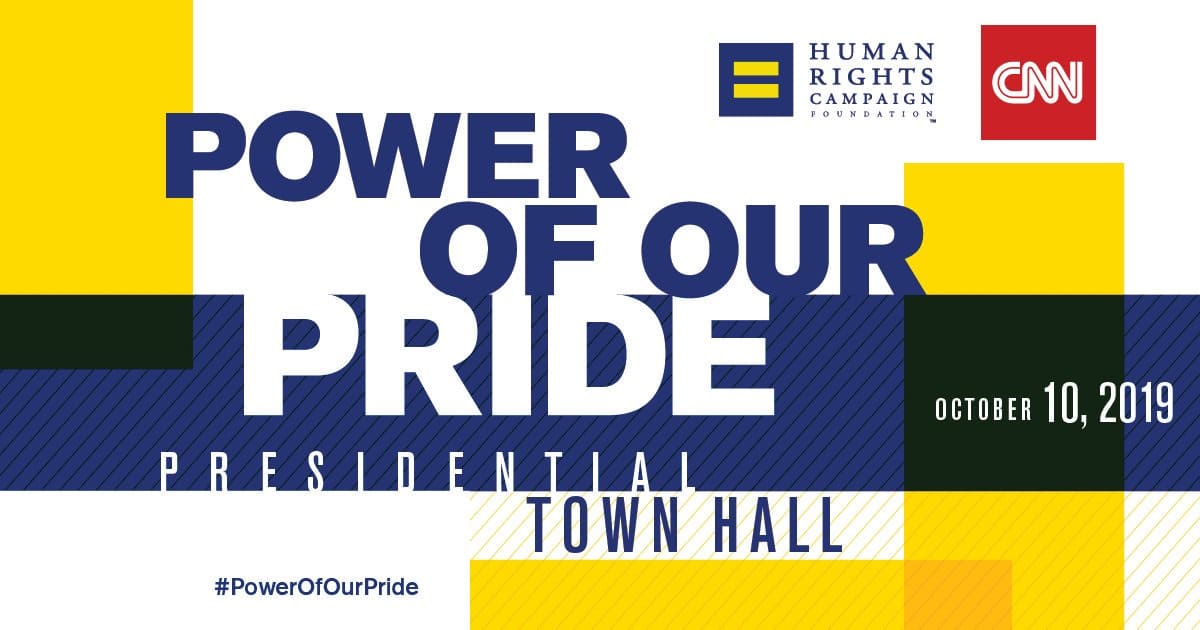 CNN will be the exclusive broadcast partner of the historic LGBTQ presidential town hall hosted by the Human Rights Campaign Foundation.

The town hall, to take place on Thursday, October 10 in Los Angeles, is expected to draw the largest-ever audience for a Democratic presidential town hall devoted specifically to LGBTQ issues. With CNN airing the event, it will be the first time in history a major cable news network will air a presidential event specifically devoted to LGBTQ topics.

“This town hall comes at a critical time in our fight to achieve equality for [LGBTQ] people in this nation,” said HRC President Alphonso David. “Today, in thirty states, LGBTQ people remain at risk of being fired, evicted, or denied services because of who we are. Thirty-five states have yet to ban the dangerous and debunked practice of ‘conversion therapy,’ which is harming our young people. Hate crimes are rising, and more than 100 transgender people – most of whom are transgender women of color – have been killed in the last five years.”

“Although the federal government should be protecting all residents, the Trump-Pence administration is directly attacking our community by banning transgender troops from serving our country openly, undermining healthcare services for people living with HIV, and seeking to erase LGBTQ people from protections under law.”

BREAKING: On the eve of #NationalComingOutDay, @HRC Foundation will host a historic #PowerOfOurPride Democratic presidential town hall, exclusively broadcast on @CNN and @CNNEE, focused on issues important to the LGBTQ community. https://t.co/OsDUzIDk98 pic.twitter.com/KdDGOHfpuH

Candidates will be invited to participate in the town hall based on if they meet the DNC’s qualifications for eligibility in the October 2019 primary debates. A candidate will be eligible once they reach 2 percent support in at least four national polls. Candidates must also meet the donor threshold of 130,000 unique donors and 400 donors each from twenty or more states to be eligible.

“We are eager to hear from this field of Democratic presidential candidates about how they plan to win full federal equality, defend the fundamental equality of LGBTQ people, and protect the most vulnerable among us,” said David, “both here in the United States and around the globe, from stigma, institutional inequality, discrimination, and violence.”