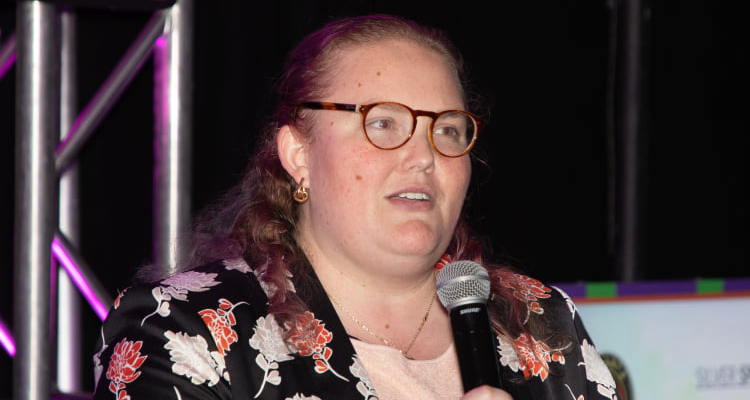 On September 16, a group of about 20 led by My Sister’s Room owners Jen-Chase Daniels and Jami Maguire and James Nelson, the owner of X Midtown, met at My Sister’s Room to discuss issues they had with the APC’s internal processes.

The meeting, which was also broadcast via Facebook Live, was an open forum allowing the community to discuss their issues with how the APC is run — with a particular focus on the process for electing board members, NDA requirements for board members, and overall transparency. In attendance was Sean Cox, the former board chair of APC. However, he wasn’t instrumental in organizing the meeting. In an interview with Georgia Voice, Cox said he attended to call out anybody who lied and “add some clarification.”

According to Daniels, APC Executive Director Jamie Fergerson was invited, but declined because of a scheduling conflict. No current APC board members were in physical attendance, but Vice Chair Justin Gavette-Boring watched via Facebook Live and participated in the live chat.

The meeting culminated in a letter sent to APC on September 20 containing a list of questions and demands. The letter was intended to be hand-delivered to the APC office, but according to a Facebook post from Daniels, “no one was there.” The letter was left in the building, instead. The letter requested that a response be made before an APC board meeting on September 25. No public response to the letter has been made.

The letter is quite lengthy, including a total of 26 questions, demands, and comments. However, three themes from both the letter and the meeting stood out.

The letter requests that APC discontinue blanket nondisclosure agreements that members of the board and other members of the organization are required to sign. These NDAs prohibit members from discussing any APC matter that has not already been disclosed publicly.

“It is understood that certain specifics cannot be discussed prior to announcement or bind contracts,” the letter reads. “Those confidential matters should be labeled as such [instead of having] an overreaching NDA. Transparency and the right to free speech and sharing of ideas by any Board Member and any person of the Membership should respectfully be embraced by Atlanta Pride as a representative of, and to, our community.”

Cox told Georgia Voice that these blanket NDAs were one of the main issues he saw with how APC is run.

“This is a public organization,” he said. “This is not a private business. It belongs to the community … Nonprofits shouldn’t have NDAs like this.”

While the community finds issue with these blanket NDAs, Fergerson told Georgia Voice that this practice “has been in place for many years” in order to keep board members aligned with their fiduciary responsibilities to the nonprofit.

“Atlanta Pride board members agree to abide by a comprehensive ethics package each year. This policy has been in place for many years,” Fergerson said. “The package includes a confidentiality agreement along with a disclosure of any conflicts of interests. Confidentiality is a basic requirement of directors in fulfilling their fiduciary requirements to the organization.”

Blanket NDAs aren’t the only issue members of the community have with how the board is run. On September 25, the board met to vote on changes to the organization’s bylaws. One such change concerns how board members are voted on. Currently, everyone who is a part of APC’s full membership has the right to vote on candidates for the board that are selected by the APC Nominating and Review Committee. The bylaw change would remove this vote from the membership, thus effectively making the board self-appointing.

While this meeting has already happened, it is unclear whether this change was voted on. Georgia Voice requested a copy of the meeting’s minutes from APC, but they had not yet been approved. The copy of the bylaws on APC’s website have not yet been updated since September 26, 2020.

The letter also expressed discontent with how board candidates are selected by the Nominating and Review Committee. According to Cox, around 30 people applied to be on the ballot in 2019, but only a handful were chosen. Among those denied include Tony Kearny, who has extensive experience organizing with Planned Parenthood Southeast and is a former Atlanta Pride board member, and Staci Fox, the president and CEO of Planned Parenthood Southeast. Because neither Kearny nor Fox could be said to be inexperienced, their denial from the ballot calls into question the requirements for candidates.

“The requirements [for board candidates] need to be objective, not subjective,” Cox said. “They need to be posted in advance, it needs to stop being a good-ol’-boy network where people who know people get put on the ballot.”

When asked about the process for electing board members, Fergerson pointed Georgia Voice toward this year’s application. According to the application, APC strives to make sure the board “is comprised of diverse community members, including allies, who are best poised to serve the needs of the organization and our current strategic priorities.” However, there are no specific requirements listed. Questions on the application cover experience sitting on a governing board, volunteer commitments, organizational affiliations, and skills. Applicants are also able — though not required — to say whether they were referred by any past or current APC board members or nominated by any community partners or APC members.

Complaints with the Atlanta Pride board and Fergerson’s leadership aren’t new. In 2019, outside tax attorney Patti Richards of the Richards Law Firm advised the organization to undergo an audit, make changes to the “clearly dysfunctional” board, and replace Fergerson, stating that the organization had “lost its mission/purpose” in an internal memo and organizational review. Cox stepped down as board chair the same year after an attempt to remove Fergerson failed by a 7–6 board vote.

The above issues are reflective of the major problem the community appears to have with APC: a perceived lack of transparency. Of the 26 questions and demands, many relate to transparency, requesting information on election processes, APC’s 2020 financial records, names and rates of contractors and consultants hired in 2019 and 2020, and people who are part of the membership and the Nominating and Review Committee.

In response to a question asking how APC upholds transparency, Fergerson said, “Our bylaws, tax return, and audit are published on our website annually — usually in October or November. This material is publicly available at Guidestar.org. Board meetings are also open.”

Overall, the letter demands a better Pride that reflects the community’s desires. One complaint that has been lodged against Atlanta Pride consistently is over the entertainment lineups over the years, which the letter addresses.

“The community is asking for clarity regarding the lack of headline entertainment to help draw more attendees [to] the festival,” the letter reads. “Is it a lack of fundraising? Mismanagement of funds? Chicago Pride is a week before us and has the likes of Chaka Khan, Tiesto, and DJ Gryffin … Overall, why is Atlanta Pride’s lineup of celebrity entertainment not as robust compared to other large cities?”

As this is the second year Pride has been canceled due to COVID-19, many have also expressed disappointment and frustration with the cancellation — especially as large, ticketed events like Music Midtown were still held.

Fergerson said that the event was canceled “out of concern for community health after consulting with numerous public health and medical experts.” According to the press release announcing the cancellation, APC consulted with “Atlanta Pride Medical Directors, Dr. Jason Schneider, and Dr. Eliot Blum, as well as renowned and internationally respected public health expert Dr. Carlos del Rio, the Centers for Disease Control and Prevention, leaders of local hospital systems, and other public health officials.”

However, the more concerning issue to many is that the decision was made “without outreach to the community,” according to the letter. Furthermore, individuals who registered for the festival and parade signed contracts that had a 10 percent retained payment clause for any cancellation. This caused some to speculate that APC knew for longer than they’ve expressed publicly that the event would be canceled but continued to urge the community to register in order to keep 10 percent of the revenue.

“The Atlanta Pride Festival and Parade was on track to proceed as planned until the delta variant surge of COVID-19 in mid-August,” Fergerson said of the cancellation. “Our vendors and entertainment lineup were booked, our volunteers were in place, and we had exceeded our fundraising targets necessary to host the event. Like most other Prides in the country, we made the difficult decision to cancel the Festival and Parade for 2021 out of respect for our community and concern for public health. Market vendors and parade participants have a choice between a 90% refund or a full rollover of their entries to 2022. The policy was outlined in the terms and conditions posted this spring, and retained funds cover expenses already incurred by APC in relation to the Festival and Parade including credit card processing fees and refund processing fees.”

InterPride, an LGBTQ organization that keeps track of Pride events worldwide, recently released the results of a survey it conducted of 201 worldwide Pride organizations to find out the type of Pride events they were planning for this year. The findings show that the largest number — 40.8 percent — reported they would be holding both in-person and virtual Pride events, 35.3 percent of the Pride organizations planned just in-person events this year, and 19.9 percent planned only online or virtual events. Only 4 percent didn’t plan any events this year or canceled them like Atlanta did.

Overall, this community-led push for reform reveals a disconnect between APC and the community it serves that — should all the demands and questions be met — would require a complete overhaul of the nonprofit.

You can find the full letter here. You can read APC’s bylaws at atlantapride.org/about_us/the_bylaws.