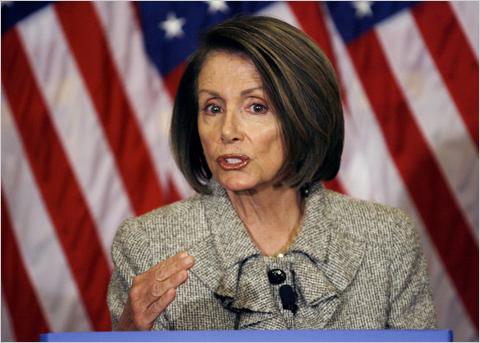 NP: We have always had our fundamental beliefs as a matter of public policy. The Democrats are very pleased with some of the recognition of protections, such as those needed for transgender people in the military. We were thrilled the Secretary lifted the transgender ban, which a year ago he said he would do. That was an important breakthrough. I called for a marriage-equality plank in our 2012 platform. And I have to say this, self-servingly so: When I was chair of California’s Democratic Party in 1982, we recognized marriage as what people decided it was for them: a family. It was really a breakthrough, a very progressive position. For us, those of us who have been working on these issues for a long time, these things have been a long time coming. Some people say things have gone so fast, but we were there. The military transgender ban was a breakthrough as were some of the things that preceded the last convention, like the repeal of “Don’t Ask, Don’t Tell,” but we’ve nonetheless worked very hard to implement some of the transformations that have taken place since then about what it means to be a family in the military. We have been on our course for a very long time, in the courts and in Congress — when we had the majority and could make a difference. We still have to fight.

Marriage equality was the dominant LGBT-rights issue for many years; now that we have national marriage equality, what LGBT issue should lawmakers and LGBT advocates focus their energies on?

When we took the majority, we had a four-point agenda: fully inclusive hate-crimes legislation inclusive of transgender people, which was one of the bigger … I don’t want to say obstacle because the Democrats were all there but one of the things we had to sell to people. Secondly was going to be ENDA but the group said repeal “Don’t Ask, Don’t Tell” first, which we did. Marriage equality was the fourth, which was not something we could legislate in Congress but thank God the courts recognized that right. Those things have all advanced. ENDA now seems too small to do and instead we have the Equality Act. The Equality Act is very important because it amends the Civil Rights Act to add equality for the LGBT community in every aspect: not just the workplace, but in housing, jury duty, credit, transportation — so many places where there has been discrimination. [Congressmen] John Lewis and Mr. [James] Clyburn have been very cooperative in introducing the Equality Act and we feel great unity in the caucus on the subject.

If Republicans retain control of the House and Senate, do you think there is any opportunity to advance the Equality Act?

I don’t think there’s any chance. Look at their platform. However, we will always be optimistic and take the message to the American people. As President Lincoln said, public sentiment is everything. You just have to keep taking the message to the public. I really don’t believe Republicans will hold the House and the Senate but we would have to win both houses [to have control]. The community has to advocate in the districts in which they live, to their lawmakers. There’s nothing more eloquent to members of Congress than the voices of their constituents. They have to make their voices heard within their districts.

In light of Orlando, how do you think the LGBT-rights and gun-control movements can work together going forward?

This is a real opportunity because Orlando was not just a gun issue, it was a hate crime. The horror of it all takes your breath away. So horrible — young people gathered for the evening to never go home again. It’s just so stunning. The fact that it was identified as a hate crime has brought the LGBT community to the table in our discussion on how to go forward with trying to get change in the gun laws. Chad Griffin from HRC was at our event the other day on the steps of the Capitol on the one-month anniversary of Orlando, and he spoke so beautifully about it. Many LGBT people were already very much for gun legislation, but organizationally I think now we have an opportunity.

Quite frankly, for the civil-rights community as well, this had not been one of their top priorities. But they are concerned now after what happened in South Carolina; that was not just violence on the streets, that was a hate crime. There’s a synergy happening now that takes us beyond people’s individual concern and support and now organizations are being involved that can make all the difference in the world. Probably no group in the country is better organized than the LGBT community. I credit what happened with HIV/AIDS to the LGBT mobilization that helped end some of the discrimination, remove some of the stigma, and that mobilization also served us well in working against hate crimes, repealing “Don’t Ask, Don’t Tell” and achieving marriage equality.

What role do you see LGBT issues playing at the DNC in Philadelphia?

The LGBT community has always had a strong presence at our conferences, not only working on the community’s own issues but other issues as well. I think the community will have an impact on everything that happens at the convention. The stark difference between the Democratic and Republican platforms is vital, just vital. Imagine including language that targets LGBT Americans for discrimination under the veil of religious freedom. A child from a two-parent home is physically and emotionally healthier … Where do they get that? Trans people must use the bathroom of their birth … Come on. They have language for a ban on same-sex marriage and that endorses LGBT conversion therapy. You really have to go out of your way to put in the platform something about conversion therapy. The role the community’s issues play makes a stark difference in the word I always use: respect. Our platform is of respect and understanding.

[Republicans have] so-called Christian values that are supposed to respect people as God’s creations, yet they act in the way they do. They forget the compassion of their religion, and the world is leaving them so far behind. I’m sad the platform states what it does, but one value of it is it really puts on paper what we see them say around here every day. A lot of times people don’t believe us when we tell and we don’t want to be fear mongers: “Wait until you hear what they said.” This statement speaks for itself. But this too will pass. I have every confidence this will pass and we have to because their stance is so ridiculous. [Republican Vice Presidential nominee Mike] Pence were anti-LGBT in Congress, he was one of the early Tea Partiers and then in his venue as governor he rejected anti-LGBT legislation, and now he was chosen as the nominee for vice president? He’s probably the poster child for anti-LGBT policy in our country. But I’m optimistic about the DNC. I’m happy to be in Philadelphia, with the spirit of the Fourth of July even though it’s far past; nonetheless, there’s the spirit of life, liberty and the pursuit of happiness that is all consistent with our platform, particularly as it applies to the LGBT community.