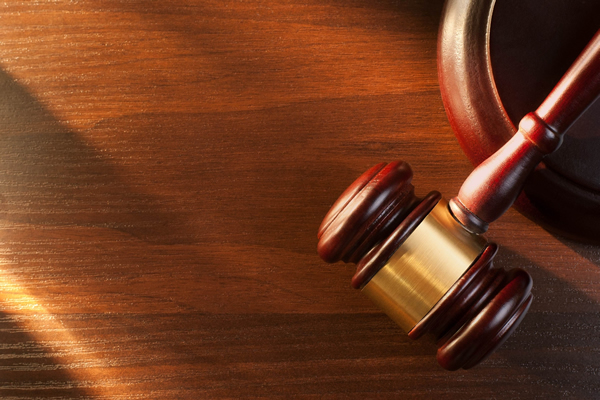 In a 10-page decision, U.S. District Judge Jean Hamilton, a George H.W. Bush appointee, dismissed on Wednesday a case filed on behalf of Mary Walsh, 72, and Beverly Nance, 68, a same-sex couple who married in Massachusetts in 2009 and were denied housing at St. Louis-based Friendship Village retirement home.

Despite claims from the couple, Hamilton determines the couple isn’t eligible for relief under the Fair Housing Act, a federal law barring discrimination in housing on the basis of sex, because “sexual orientation rather than sex lies at the heart of plaintiffs’ claims.”

“Plaintiffs…assert they have presented a straightforward case of sex discrimination under the FHA, as but for their sex, plaintiffs would not have been denied housing at Friendship Village,” Hamilton writes. “Upon consideration the court rejects this analysis, finding instead that sexual orientation rather than sex lies at the heart of plaintiffs’ claims.”

As Hamilton describes in her decision, Walsh and Nance filed their initial complaint in federal court late last year after the couple received notice from Friendship Village rejecting their housing application. As described in a July 29, 2016 letter from Michael Heselbarth, Corporate Operations Director of Friendship Village, the home rejected the couple’s application because they’re lesbians.

“It is the policy of Friendship Village Sunset Hills, consistent with its long-standing practice of operating its facilities in accordance with biblical principles and sincerely-held religious standards, that it will permit the cohabitation of residents within a single unit only if those residents, while residing in said unit, are related as spouses by marriage, as parent and child or as siblings,” the letter said. “The term ‘marriage’ as used in this policy means the union of one man and one woman, as marriage is understood in the Bible.”

A growing a number of courts have found sexual-orientation discrimination is a form of sex discrimination and thus is illegal under federal civil rights laws against sex discrimination, such as Title VII of the Civil Rights Act of 1964. The U.S. Second Circuit and Seventh Circuit Court of Appeals have reached this conclusion, although the U.S. Eleventh Circuit Court of Appeals ruled the opposite way. Petitions seeking nationwide clarification on the interpretation of Title VII are pending before the U.S. Supreme Court.

Hamilton, however, writes she’s bound by precedent in the Eighth Circuit, a 1989 decision called in Williamson v. A.G. Edwards & Sons, Inc., which found Title VII “does not prohibit discrimination against homosexuals.”

“This court is bound by the law of the Eighth Circuit, however,” Hamilton writes. “To date the Eighth Circuit has not changed its position on the issue, and so the court must dismiss this portion of Plaintiffs’ claim pursuant to Williamson.”

Hamilton rejects each arguments asserting Walsh and Nance faced sex discrimination for being a lesbian couple. First, Hamilton denies Walsh and Nance would have admitted to Friendship Village but for their sex.

“At no time do plaintiffs assert that had they been men involved in a same-sex relationship or marriage, they would have been admitted as residents in Friendship Village,” Hamilton writes. “Under these circumstances, the court finds the claims boil down to those of discrimination based on sexual orientation rather than sex alone.”

Hamilton also rejects the claim Walsh and Nance faced sex discrimination because of their association with a person of a particular sex as a result of being in a same-sex relationship.

“While the court agrees that claims of associational discrimination are cognizable at times, plaintiffs present no evidence that such claims are actionable with respect to classes unprotected by the statute at issue,” Hamilton said.

Finally, Hamilton rejects any notion Friendship Village denied the couple housing based on their non-conformity to sex stereotypes “because with their allegations plaintiffs make clear their theory of sex-stereotyping is based solely on their sexual orientation.”

Representing the couple in court is the National Center for Lesbian Rights, the American Civil Liberties Union of Missouri and the D.C.-based law firm Relman and Dane PLLC.

One option for the legal team would be appealing the decision to the Eighth Circuit, which could then reconsider its precedent on whether anti-gay discrimination is sex discrimination. (The LGBT group Lambda Legal already has a employment discrimination case, Horton v. Midwest Geriatic Management, seeking this ruling from the appeals court.)

Julie Wilensky, senior staff attorney for the National Center for Lesbian Rights, said the organization disagrees with the court’s conclusion and is reviewing then next steps.

“Planning for senior housing is a big decision, and Mary and Bev chose Friendship Village because it is in their community, they have friends there, and it offers services that would allow them to stay together there for the rest of their lives,” Wilensky said. “The discrimination they experienced was very hurtful. If Mary were a man married to Bev, instead of a woman married to Bev, Friendship Village would not have turned them away. This is a straightforward example of discrimination ‘because of sex.’ We disagree with the court’s decision, and our clients are considering next steps.”

Hamilton writes before the couple filed a federal lawsuit, they submitted a complaint in 2016 during the Obama administration with the Department of Housing & Urban Development.

According to the couple, HUD referred the complaint to the Missouri Commission on Human Rights, which in turn “voluntarily waived” the complaint back to the federal department. HUD conducted an investigation from December 2016 until June 2018, when plaintiffs withdrew the complaint in favor of a federal lawsuit.

The St. Louis-based law firm Husch and Blackwell LLP, which represents Friendship Village, didn’t respond to the Washington Blade’s request to comment on the ruling.