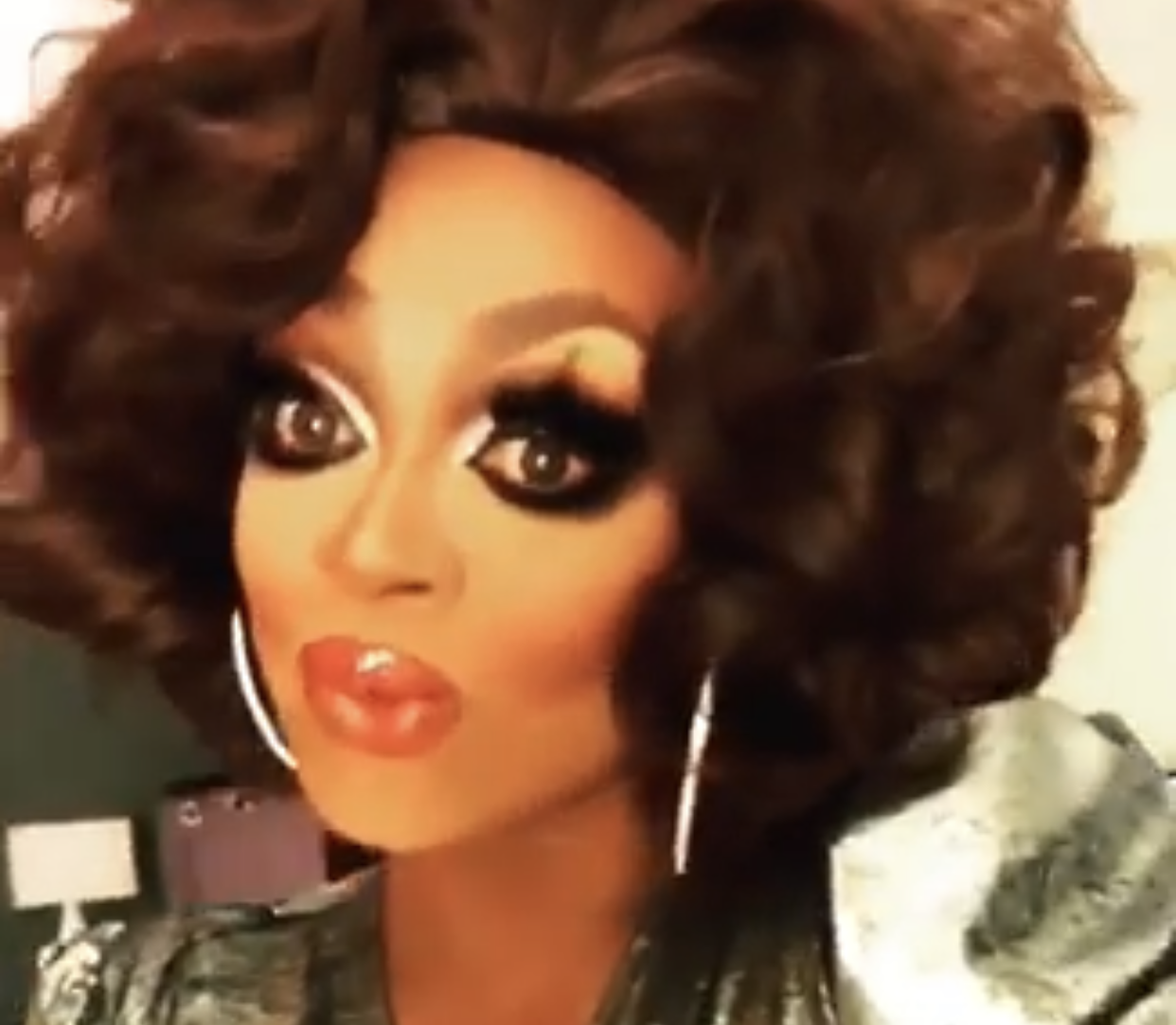 After menstrual hygiene brand Always decided to remove the female symbol from its packaging in a move to be more trans-inclusive, RuPaul’s Drag Race alum Mayhem Miller criticized the move on social media.

“I FUCKING CAN’T,” Miller wrote on Tuesday (October 22) in a Facebook post that has since been deleted. “Feminine hygiene products are now under attack for being offensive?… If you don’t like it, don’t buy the product. Their [sic] are multiple brands of tampons/pads out there. Next, are people going to complain cuz the Charmin company has bears wiping there [sic] asses with tissue cuz somehow that’s exploitation or cruelty or not inclusive enough.”

“Where did anyone say attack?” they said. “Some trans men use hygiene products. Why wouldn’t a company want to include them? And even if some people are upset about this, why would making [the packaging] gender neutral affect you as a man?”

“Respectfully, even if you identify as trans, you’re not a customer of feminine hygiene. So why is that a problem to you?” Dor continued, addressing Miller. “If something is validating to other people, even if you don’t get it, live and let live.” 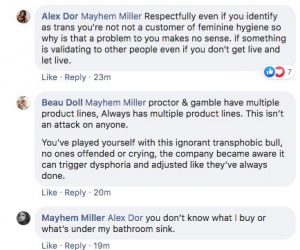 “No one said these product offend anyone and the fact that you think a minor change of packaging seems absolutely ridiculous is wild to me,” she said. “Go worry about yourself and I mean that from the bottom of my core. This is the shit I’d expect to see from lgbtqphobic clowns, not someone I respect… [D]on’t play like you aren’t a grown man and a predominant pillar of the LGBTQ scene where you live who’s [sic] voice matters. Say something that matters.”

Miller responded to Aquaria’s comments, asking her, “Are you drunk?”

aquaria supporting the trans community and m*yh*m accusing her for being drunk, i’m- pic.twitter.com/jFYPKr6HzS

After deleting the post, Miller posted a follow-up defending herself, say she was “not transphobic.”

Let me be clear. I am not transphobic. I support trans issues and will continue to do so.