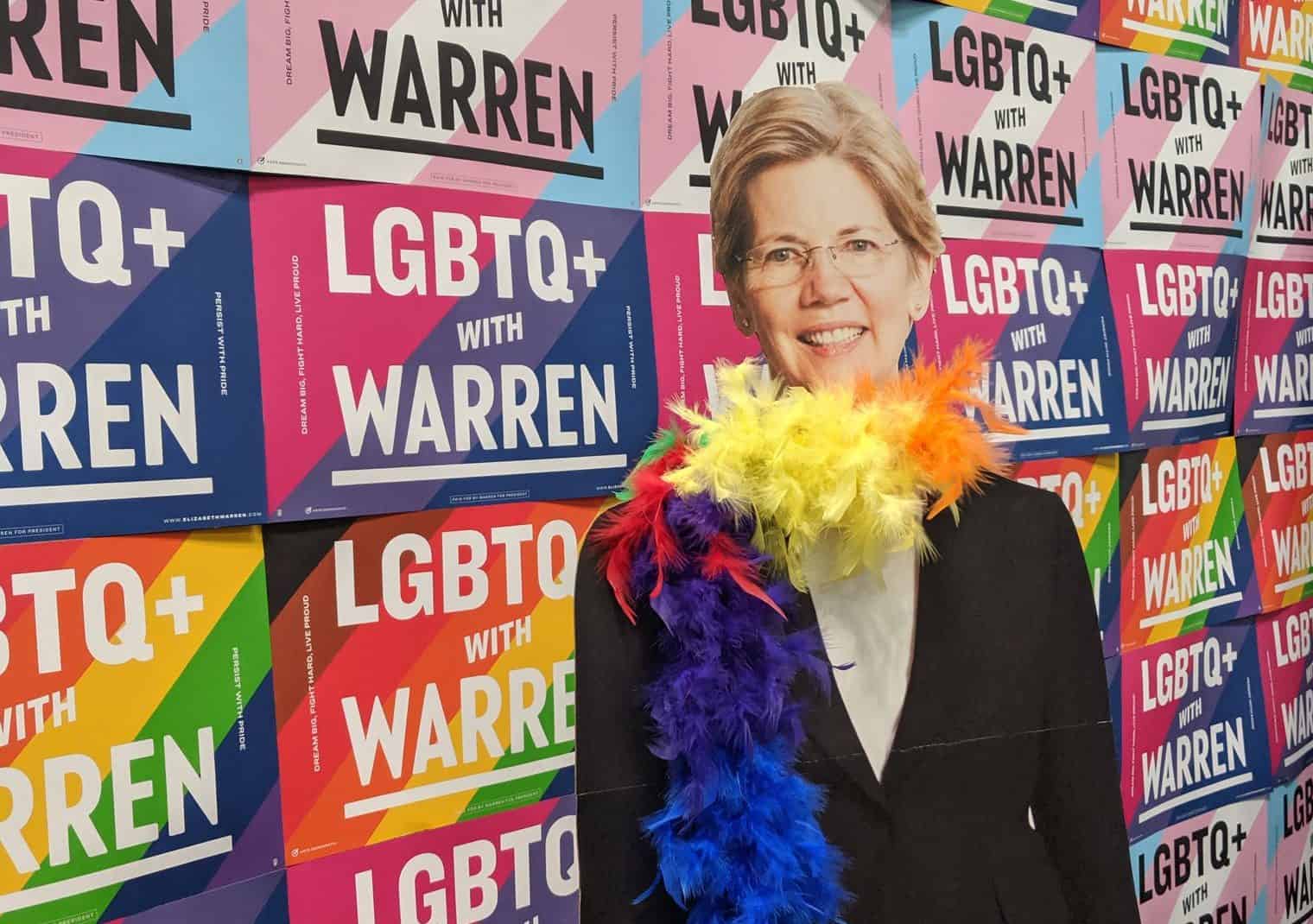 Democratic presidential candidate Elizabeth Warren made an appearance at DragCon in New York City this weekend in the form of a video message, reported NBC News.

The Massachusetts senator expressed her support for LGBTQ equality in the 90-second video that was broadcast at the world’s largest drag convention.

“I’m in this fight for full LGBTQ+ equality,” she said. “We’ve got a lot of work to do to make sure that everyone is free to be who they are and to love who they love.”

She particularly drew attention to the disproportionate number of transgender people who have been killed in recent years, the vast majority of whom were black women.

“We need to call [out the disproportionate violence] and we need to fight back,” Warren said. “Everyone should be able to go to school, to work, to get healthcare, or just walk down the street without fear of discrimination or violence. Equal means equal, period, and that’s what I’m fighting for. I’m honored to fight by your side.”

Did you miss @ewarren's message to @RuPaulsDragCon? Don't worry, we saved it for you! #DragCon pic.twitter.com/7zFZpMl9Y8

The video was not the extent of her appearance. Her campaign also had a booth at the convention manned by queer staff, with “LGBTQ+ for Warren” signs and a cardboard cutout of Warren donning a rainbow feather boa.

.@TeamWarren is at #DragCon and already having a blast talking to so many folks who are excited about @ewarren and her plans for the LGBTQ+ community! A bunch of our queer staff will be here this weekend. Come say hi! And hot tip: Text “Queen” to 24477 for something special! pic.twitter.com/ww3tsVVHDQ

Now THIS is why it's important for presidential campaigns to hire an LGBTQ Outreach Director!!@SenWarren's team told me they had one on staff…and it SHOWS at @RuPaulsDragCon #DragCon pic.twitter.com/Pf5k20r87d

Shea Coulée , one of the finalists from season nine of RuPaul’s Drag Race, spoke at Warren’s booth, telling NBC News, “I know that I could get a lot of attention for her, to bring some awareness to her campaign.”

According to Coulée, the organizers at DragCon extended an invitation to all the Democratic candidates and Warren was the only one to accept the invitation.

“She’s shown herself to be a great ally,” Coulée said.

Since announcing her bid for the 2020 presidency at the end of last year, Warren has reintroduced the Refund Equality Act, spoken out against the Department of Health and Human Services for attempting to deny transgender people healthcare, added her preferred pronouns to her social media bios, and come out in support of transgender inmates having access to gender-affirming surgery.