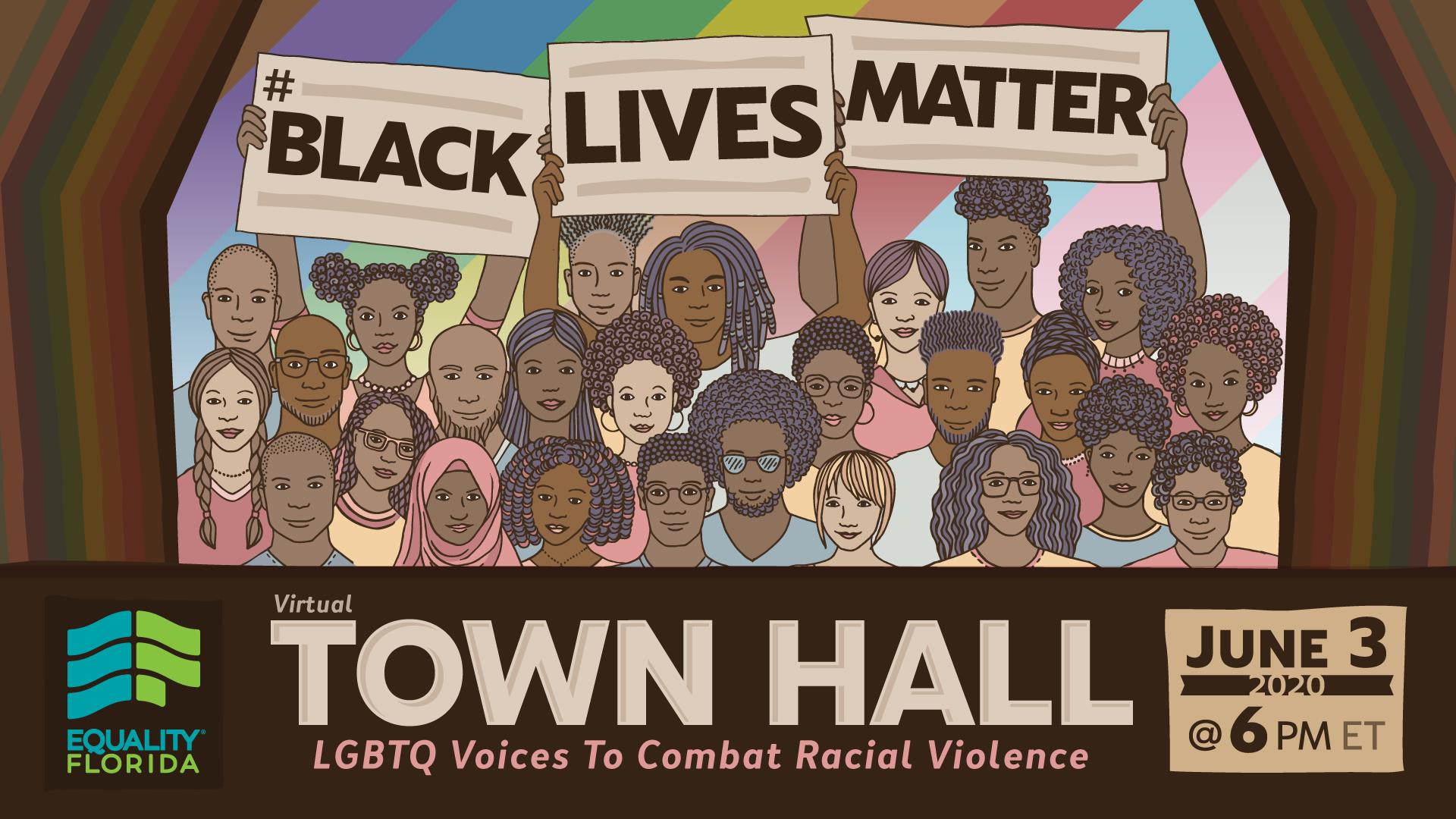 In response to the murder of George Floyd by white police officers in Minneapolis, Minnesota, Equality Florida is hosting a virtual LGBTQ Black Lives Matter town hall on Wednesday (June 3).

The town hall will discuss the intersections of systemic racism and injustice against the LGBTQ community. Featured panelists include Alphonso David, the president of the Human Rights Campaign; Andrea Jenkins, the Minneapolis City Council VP; Michele Rayner, a civil rights attorney; and Imani Rupert-Gordon, the executive director of the National Center for Lesbian Rights. The panel will be moderated by Nadine Smith, the executive director of Equality Florida. 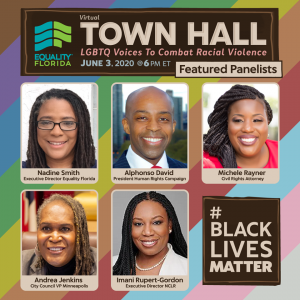 “The LGBTQ community knows about the work of resisting police brutality and hate violence,” Smith said. “We understand what it means to stand up and push back against a culture that tells us we are less than, that our lives don’t matter. Today, we stand up again to say Black Lives Matter.”

The dialogue not only follows the murder of Floyd, but also the shooting of Ahmaud Arbery in Georgia and the killing of transgender man Tony McDade in Florida.

To join the town hall at 6pm on Wednesday, you can find the link here.