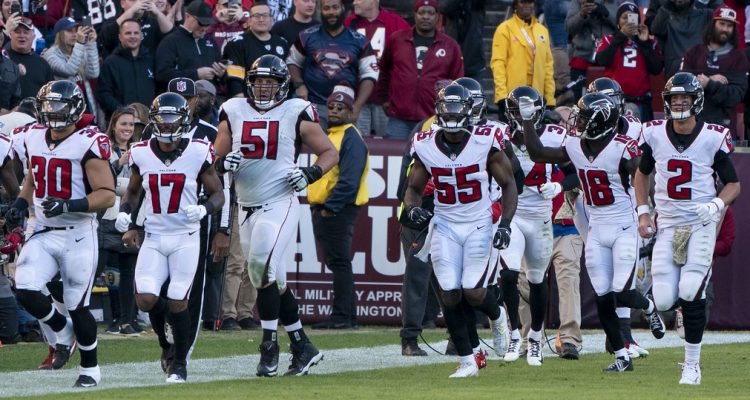 Falcons fans were found to be among the least LGBTQ-supportive fan bases in the NFL, according to a study by TickPick.

Using survey data, posts from official accounts, and team chat forums, TickPick analyzed LGBTQ support across the Big Five sports leagues, the NFL, individual NFL teams, and NFL fandoms. According to an analysis of online fanspeak in official team forums on Reddit, only 30 percent of LGBTQ-related posts and comments in Atlanta Falcons forums were positive. This puts the Falcons as one of the least supportive of the 32 fan bases analyzed, surpassing only the Carolina Panthers and the Los Angeles Rams, both with 29.4 percent. By comparison, the Cincinnati Bengals were found to be the most supportive fan base, with 60 percent of posts and comments being positively LGBTQ-related. Only the top six teams had positivity scores above 50 percent, revealing a general lack of LGBTQ support among NFL fans.

Overall, however, most NFL fans are supportive of the league becoming more LGBTQ-inclusive. 61 percent of those surveyed said the NFL needs to be more inclusive or promote more visibility of LGBTQ athletes, and 55 percent said they would like their team to be more openly supportive of LGBTQ people. As for the fans’ top suggested changes to the NFL, most people said there need to be consequences for homophobic and transphobic behavior to the players’ Code of Conduct.

Despite the lack of LGBTQ support in online forums, surveyed Falcons fans were the most vocal about calling for more LGBTQ support at 71 percent, ten points higher than the overall average. Following the Falcons are the Arizona Cardinals at 69 percent and the Carolina Panthers at 64 percent.