The National Organization for Marriage sent out an email to its supporters last week asking for funds to help combat the reelection efforts of seven New York York senators, all of whom voted to legalize same-sex marriage, in the upcoming 2012 elections. NOM has pledged $2 million to “oppose pro-SSM legislators” in the coming election.

NOM is targeting Republicans and Democrats who voted in favor of marriage equality as part of a three-phase plan to put the marriage debate back on the table.

PHASE 1: Elect pro-marriage majorities next November that will approve a marriage amendment in both the Assembly and Senate during the 2013 legislative session.

PHASE 2: Protect pro-marriage candidates in the 2014 elections, so that the amendment can receive final legislative approval in the 2015 legislative session.

PHASE 3: Successfully pass the ballot measure when it goes before voters in November 2015. 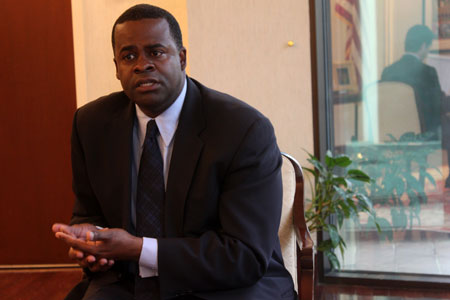 Mayor Kasim Reed said the investigative reports into the Atlanta Police Department’s raid on the Atlanta Eagle released last week were “terrible” and he plans to ensure something like the botched gay bar raid never happens again.

In a phone interview today, Reed again pointed out that the raid on the Midtown gay bar happened in September 2009, before he was elected mayor. And while he said the city’s December 2010 settlement of a federal lawsuit filed by patrons of the bar could have been seen as an end to the APD scandal, he believed thorough investigations were necessary to get to the root of the problems.

Debra Williams, who was demoted from major to lieutenant on the Atlanta Police Department in the wake of last week’s devastating investigations into the department’s raid on the Atlanta Eagle, is retiring from the force.

Williams, who served 27 years on the force, announced her intentions to retire on Wednesday, July 6, APD spokesperson Carlos Campos confirmed to the GA Voice Thursday. The retirement went into effect Wednesday. 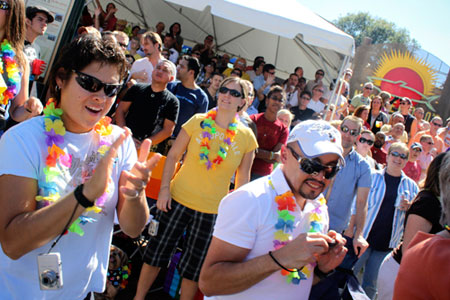 After four weeks of open nominations, the Atlanta Pride Committee has announced six individuals and a “Group of Honor” of AIDS activists will lead the parade for the 41st annual fest.

Grand marshals for the Atlanta Pride parade set for Sunday, Oct. 9, range from a longtime member of the leather community, a transgender woman recently honored by the White House, a Latina queer immigration rights activist to a local playwright, actor and GA Voice columnist.

In a federal court brief filed July 1, the Department of Justice cited the Atlanta Police Department’s raid on the Atlanta Eagle, a gay bar, as evidence of ongoing discrimination based on sexual orientation.

The Department of Justice filed the brief in the ongoing legal case involving federal employee Karen Golinski. The brief argues that the federal court should not dismiss her claim that the Defense of Marriage Act is unconstitutional. Golinski is suing the government for equal access to health benefits for her wife in a legal battle that has spanned some two years.