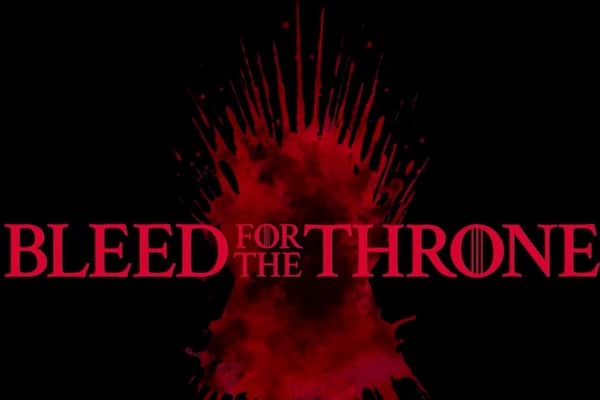 “Game of Thrones” and American Red Cross have teamed up for a national blood drive which includes special “Game of Thrones” prizes but some gay men are feeling left out because of the Food and Drug Administration guidelines.

The show’s “Bleed for the Throne” campaign gives fans a chance to donate blood in an “immersive experience” at SXSW in Austin, Texas, from March 7-9. Fans who can’t make it to SXSW can donate blood at specialty drives in 43 states until March 17.

Participants will receive a blood-splattered Iron Throne T-shirt and will be entered to win a chance to attend the show’s final season premiere on April 14 in New York City.

What would you do #FortheThrone? Show your @GameofThrones pride and sign up to donate blood with us. Come to give by 3/17 and you’ll automatically be entered to win a trip to the season 8 world premiere. Make your appt now: https://t.co/Utl46ltDjH pic.twitter.com/DZTio1zLjb

However, federal blood-donation guidelines will prevent some gay men from participating in “Bleed for the Throne.” According to the Food and Drug Administration, men must abstain from sex with other men for 12 months before they are allowed to donate blood.

Joe Stanieich-Burke, 29, told the Daily Beast that this exclusion is “going widely unnoticed.”

“It bothers me that my perfect, healthy gay blood isn’t a viable option unless I abstain from sex for 12 months, and that’s not gonna happen,” Stanieich-Burke said. “I consider this a right for gay men that is going widely unnoticed.”

One Twitter user tweeted: “While cool for GoT fans, a reminder that this whole initiative and contest discriminates against gay and bi men, who are still banned from donating blood for bigoted, discriminatory reasons.”

Another user tweeted: “Bold of Apple to give my gay ass an ad for blood donation.”

According to the Daily Beast, fans who aren’t eligible to donate blood can still participate in the contest by contacting the Red Cross Donor Supply Center. However, the Daily Beast notes that was not clearly stated in its public promotion of the contest.