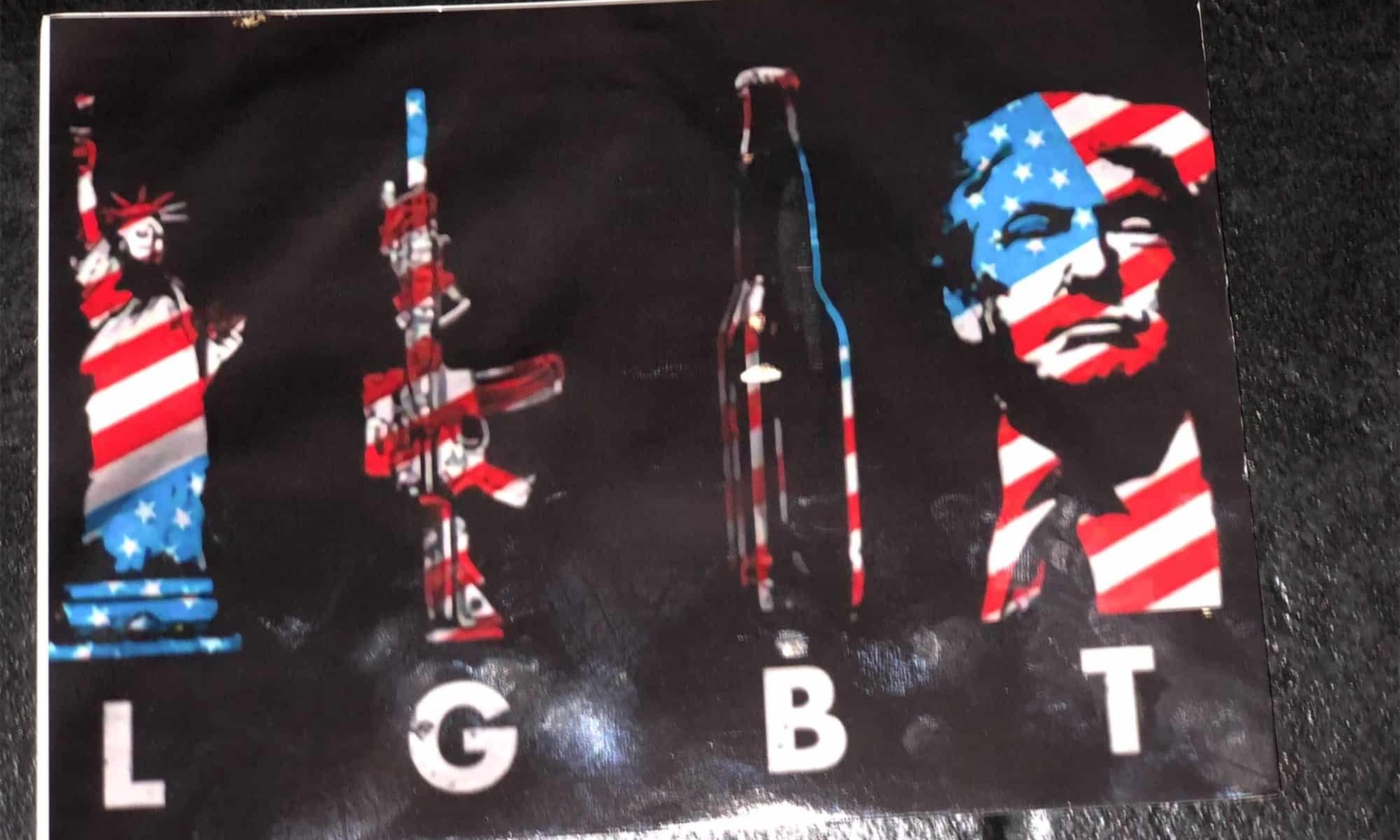 Advocates said the gun that was depicted on the flyer was an assault rifle similar to the one used in the Orlando Pulse nightclub shooting.

The owner of Stirrup Sports Bar, Melvin Brown, found the flyer – which he called “disturbing” and a “very deliberate” threat – in the bar’s mailbox.

“We live in a post-Pulse world in the LGBTQ community, especially in the bar scene,” Brown told NBC News. “To see somebody send a postcard that had a picture of the weapon used in one of the deadliest assaults in this nation’s history – one that happened at an LGBTQ bar – and send that image to LGBTQ bars, to me, is not a coincidence.”

Stirrup was one of at least four gay bars to receive the flyer in the area.

Brown said if the intent of the sender was to “scare,” “intimidate,” or “threaten” the LGBTQ community, “it won’t work.”

“It will galvanize,” he said. “People will respond in ways that are positive and uplifting, because that’s the way we choose to live our lives.”

“This has a very aggressive tone about it,” Chris Sanders, the executive director of the Tennessee Equality Project, said. “It doesn’t use many words, but it uses a lot of images I think are meant to threaten us.”

Many gay bars, including Stirrup, host voter registration drives. Sanders theorized that the flyer was a move to intimidate and keep the LGBTQ from voting.

“The community’s message back is, ‘Yes, this is frightening, but we’re going to turn out and vote regardless,” he said.

The Metropolitan Nashville Police Department is aware of the incident, but there is currently no investigation underway, according department spokesperson Kris Mumford.

Mumford said officers have been dispatched to patrol the street and other areas with gay bars.