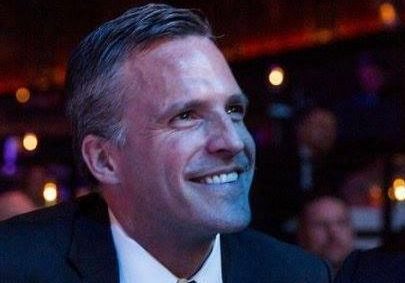 Gifford was hired by Biden’s newly appointed campaign manager Jen O’Malley Dillon. According to The Washington Post, he will focus on finance, external outreach, and coalition building while in the position.

“Rufus will focus on places where finance intersects with policy and political work and will also occasionally serve as a spokesperson for the campaign,” one anonymous but familiar source told the Post.

On Twitter, Gifford said that he has “never been more fired up for a new job” and that, until he starts on Monday, he’ll “focus on my most important job: husband to this guy” with a photo of his husband, Stephen DeVincent, whom he married in 2015.

Until then I’ll focus on my most important job: husband to this guy.

(And yes I cooked dinner!) pic.twitter.com/0AfofAEZJg

Gifford’s resume is a long one. In 2008, he served as an advisor to the Obama campaign, and was the Democratic National Committee’s finance director during Obama’s first term. In 2012, he was the finance director of Obama’s reelection campaign before being named ambassador. In 2018, he ran for Congress in Massachusetts but eventually lost.