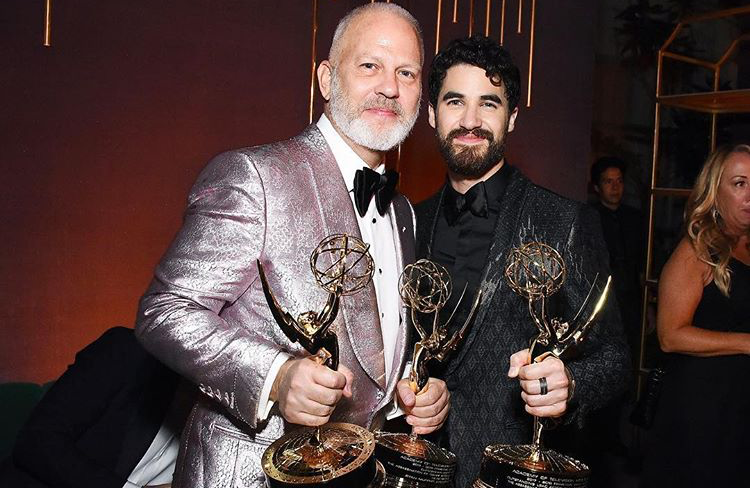 At the TrevorLive gala in L.A., the producer behind shows like Pose, Glee, and American Horror Story accepted the Hero Award and announced the initiative “Pose Gives Back.”

Tune in to enjoy the official Livestream of TrevorLIVE LA 2018! Honoring Ryan Murphy and the Cast of Pose, Amandla Stenberg and AT&T. With appearances by Nico Santos, Lauren Ash and Jussie Smollett. Hosted by Eugene Lee Yang.  Presented by Revry. https://t.co/eiLHRcPf5F

“In 2020, I’m going to create and fund, with corporate sponsorship, a multimillion-dollar organization that targets anti-LGBTQ candidates… who think they can get votes hurting and discriminating against us,” he said. “Well, we can get votes too.”

“Pose Gives Back” will give financial help to 20 candidates running against politicians with anti-LGBTQ views nationwide. Of these anti-LGBTQ candidates to be voted out, Murphy called out Steve King and Susan Collins. “I want these hateful and wrong politicians to go, and to stop polluting out moral and ethical ether.”

The openly gay producer credited this year’s midterm elections for his hopefulness towards the 2020 election. “One after one, anti-LGBTQ candidates who made hate speech and ideology part of their legacy fell, disgraced and eliminated by Democratic candidates – who were largely boosted to victory by young and female voters, by the way,” he said. “The number astounded me, as a 54-year-old man. Over 20 anti-LGBTQ right wing politicians and their horrifying views gone in a day.”

A rainbow wave washed over this year’s election. Along with the election of Jared Polis and numerous other LGBTQ firsts, six out of seven members of Congress who defeated an amendment to protect LGBTQ people from discrimination were voted out of office.

“We are going to send a message which says you cannot make discrimination against us a political virtue anymore,” Murphy continued. “You can’t keep killing out vulnerable young people by promoting and nationalizing your rural, close-minded anti-constitutional viewpoints.”