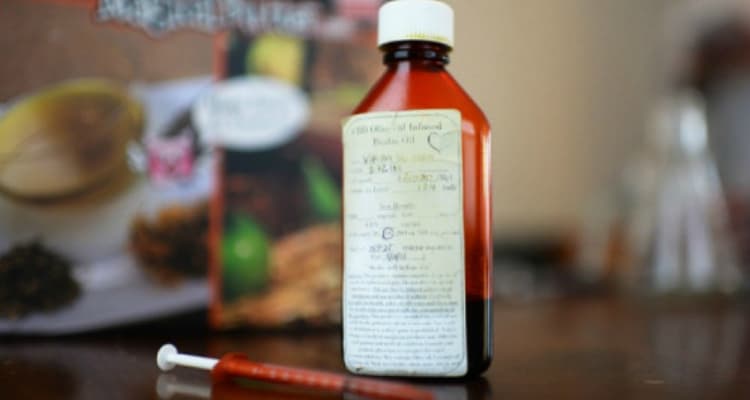 The House Judiciary Committee passed a compromise version of House Bill 65 this morning, which means AIDS patients could be weeks away from access to medical marijuana to treat their symptoms.

HB 65, introduced this session by Rep. Allen Peake (R-Macon), expands the number of conditions eligible for Georgia’s Low THC Oil Registry, which was set up in 2015. Originally the bill included both AIDS and HIV, which the Senate compromise version altered.

“HB 65 passed the House last week overwhelmingly. I think it was 156 to 6,” Peake said. “We’re hopeful that the Senate would agree with it. They passed a version of the bill that added autism, where we were looking to add eight conditions. I’m hopeful that my colleagues will see the need to expand this successful law to as many citizens as possible.”

The compromise legislation does include six of Peake’s original conditions, which he told the The Telegraph was “a positive thing.” The bill this morning also kept the 5 percent THC cap. It will now move to the House Rules Committee, which can schedule it for a full House floor vote.

HB 65 is also important to Dr. Rasean Hodge of Atlanta’s Premiere Chronic Pain Care. In addition to being a potential treatment for his patients, it could treat Hodge’s own peripheral neuropathy.

“I’m in the 30308, and this ZIP code is the fifth-highest HIV rate in the country,” he said. “That’s right here in my clinic. … I know for a fact that medical cannabis will help these HIV-positive patients, and of course [those] with AIDS.”

In 1991, scientists discovered the endocannabinoid system. The cannabinoid chemicals found in marijuana “fit to our natural receptors like a lock and key,” Hodge said.

The CBD helps with pain, muscle spasms, appetite and memory, for starters, he said.

“The Health Effects of Cannabis and Cannabinoids: The Current State of Evidence and Recommendations for Research,” a 2017 review published by The National Academies of Sciences, Engineering and Medicine, looks at a large number of studies related to how medical marijuana can treat a host of diseases and illnesses.

According to the publication, “there was some evidence suggesting that cannabinoids were effective in weight gain in HIV.” However, available data is older, “largely due to the virtual disappearance of the syndrome since effective antiretroviral therapies became available in the mid-1990s.” Another obstacle to further research lies in the fact that marijuana is a controlled substance, making it harder to study per federal regulations.

There is a cannabis-derived pill on the market called Marinol, which is prescribed to patients with HIV/AIDS to assist with weight-loss symptoms. The differences between these forms of medical marijuana are delivery methods — how the drug enters the body — and the time it takes to take effect.

“We know that the oil can take 10 to 15 minutes to onset. Inhalation is immediate. There are studies showing no link from cannabis smoking to lung cancer,” Hodge said.

Other delivery methods include inhaling the vaporized cannabis oil, tinctures, suppositories and dermal patches — similar to a nicotine patch.

“We knew it was going to be a very tough sell to move any type of medical cannabis legislation. I’ve been a strong advocate that I’m not supportive of recreational use of marijuana — that’s an issue somebody else is going to have to fight,” Peake said. “We tried to focus on the medical cannabis oil that doesn’t focus on smoking.”

Even if the amended HB 65 is signed into law, Georgians who can obtain the low THC oil must overcome multiple hurdles to do so. The main one, Peake said, is where to get the product.

“At this point, the very low THC product, below 0.3 percent THC, can be shipped from other states because it’s considered hemp, and that’s a very gray area in the federal law. That’s how some families are getting that product,” Peake said. “For some that are getting an elevated level that’s allowed under Georgia law, they have to go to another state that produces the product and bring it back.”

However, because medical cannabis is not legal in all 50 states, patients are then risking federal law by transporting a controlled substance across state lines.

“The end game, the real solution, is an in-state cultivation model where we can grow it, process and distribute it,” Peake said.

He said Georgia Commissioner of Agriculture Gary W. Black had been approached about this subject, but no real plans or discussions have yet taken place.

“It hasn’t been a public health issue. It hasn’t been a public safety risk. We don’t have people driving around under the influence of medical cannabis oil of 5 percent THC,” Peake said. “More than half the country now has legislation on the books to allow this cultivation. The sky has not fallen. So I think it’s proper that, if we’re going to allow the legal possession of medical cannabis oil for our citizens, we ought to allow them to be able to access it in their state.”