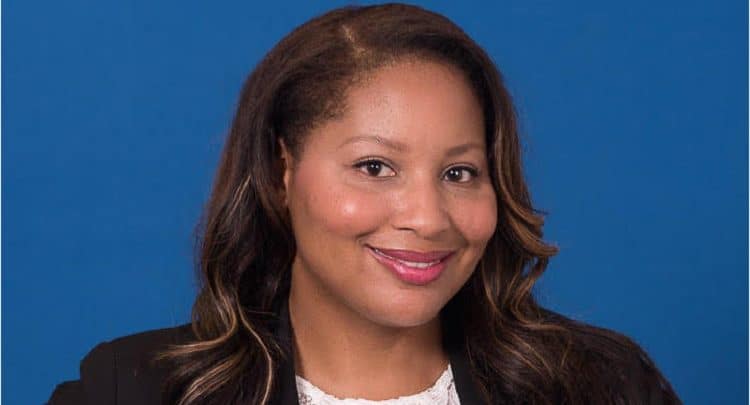 On the eve of National Coming Out Day, just days before Atlanta Pride, Georgia Rep. Renitta Shannon (D-Decatur) came out as bisexual.

“I am not only a consistent advocate for LGBTQ issues, I am a member of the LGBTQ community. I am a bisexual black woman,” Shannon said via a Facebook post. “I’m generally a private person and tend to just focus on doing the work for progress instead of talking about myself as a person, but under the #Trump administration proactive visibility seems more important than ever.”

Her revelation came after President Donald Trump’s administration voted against a United Nations resolution that “condemned governments giving people the death penalty as punishment for blasphemy, adultery and consensual same-sex relations,” according to the post. Shannon said this resolution also condemns the use of the death penalty on people with mental or intellectual disabilities, minors and pregnant women.

“We must all stand up loudly for our values and be counted,” Shannon said in the post. “My values include the freedom to control my own body, love who I love and to not have the government infringe on that freedom. … I will always stand and fight for Georgians who want just the same.”

Shannon is the fourth LGBT member of the state Legislature, joining Reps. Park Cannon (D-Atlanta), Karla Drenner (D-Avondale Estates) and Sam Park (D-Lawrenceville). Shannon was elected to represent District 84, which includes Decatur, Belvedere Park and Candler-McAfee, in 2014. She was endorsed by the Georgia Stonewall Democrats when she ran for the seat in 2016.

Park told Georgia Voice he’s proud and supportive of Shannon for coming out.

“She continues to inspire me and others to be bold, speak truth and give voice to the voiceless,” he said. “I’m honored to serve with a woman of such character in the People’s House.”

Renitta was raised in Florida, by two very hard working and often times minimum wage earning parents. Her father began attending community college to better the family’s economic situation, but as the cost of living rose he eventually had to quit college to work more. He struggled to find full time work because many employers only wanted to hire part time workers so that they could avoid paying full time benefits. He supported his wife and two children, by combining two part-time minimum wage jobs to make one full time wage. This taught Renitta the importance of having access to economic opportunity and jobs that work for employees as well as employers.
Renitta’s parents decided to put her in daycare so that her mother could enter the workforce, but that did not last long because after only two months in daycare Renitta came home with large unexplainable bruises on her face. As a result of not being able to find affordable quality childcare her mother had to leave the workforce, and become a stay at home mom leaving her father as the sole income earner. When Renitta and her sister were old enough to attend grade school, her mother entered the workforce, got student loans and attended college. She received her CNA, LPN and eventually her RN license. Watching her mother graduate nursing school while working and continuing to be the primary caretaker of two children showed Renitta the value of potential meeting opportunity.
Having had two excellent examples of hard work and determination for parents, Renitta knew that she and her sister had to find a way to succeed no matter the obstacles. Renitta worked as a server, earned scholarships, took out student loans, and with the help of her parents graduated from the University of Florida. Her sister got a master’s degree and graduated valedictorian of her LPN nursing class. Since college Renitta has excelled in business development for several industry leaders and Fortune 500 companies. She has also been a consistent community activist. She is an active member of 9 to 5 Working Women Atlanta, the Executive VP for the Georgia State Chapter of the National Organization for Women, an active member in the Fight for $15 campaign and active in intertwined movements for racial, gender and economic justice.
Georgians have survived some of the toughest economic times in recent history. The sacrifices and hard work of families like yours and mine have helped our community get by. It is no longer enough for us to simply get by it is time for our economy, communities and families to thrive. Georgians deserve the right to provide for themselves and family members, and that is why I am running for Georgia State Representative, District 84.

“Coming out is the one experience that all of us within the LGBTQ community have in common. There is always so much fear of how others will react and treat us. That anxiety grows even stronger when someone lives a life in the public eye like elected officials do. That is why I am so proud of Rep. Shannon for making this decision and sharing her authentic self on National Coming Out Day. In her first term she has already begun to distinguish herself as a strong leader who cares deeply about human rights and social justice. To publicly identify as a member of the LGBT community will not only help us to build bridges and foster understanding among her colleagues, it will serve as a reminder to everyone that our sexual orientation and gender identity should not be barriers to pursuing a career in public service.

Her career at the state Capitol is just beginning and we look forward to continuing to work with her to fight against hostile legislation and to advance legislation that will protect the LGBT community and others from discrimination.”