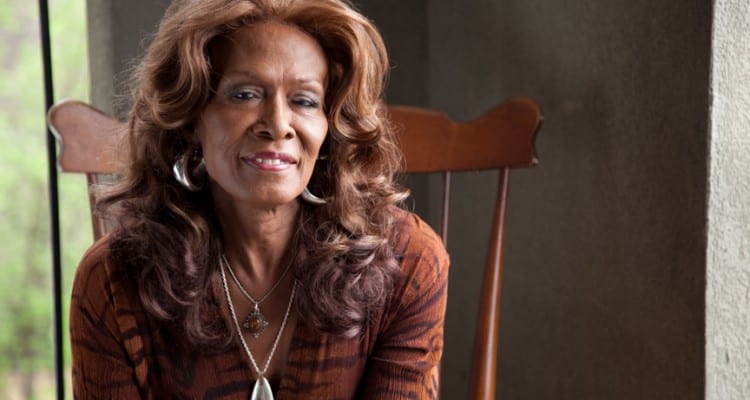 2016 In Memoriam: A number of notable LGBT deaths throughout Georgia community

From the January death of David Bowie, to the passing of Zsa Zsa Gabor earlier this month, 2016 will be remembered as the year we mourned the loss of so many iconic celebrities, politicians, journalists, activists and sports figures. And LGBT Georgia was not immune to this trend, as the state was rocked by unexpected accidents, cold-blooded murders and the natural transition of some of its most beloved leaders. Here’s a brief look back at some of the brothers and sisters we said goodbye to in 2016:

Less than two weeks into 2016, Atlanta awoke to the horrifying news that three friends who were vibrant and endearing fixtures in the gay Atlanta nightlife scene – Adam Bailey, Cordel Fowler and Esu Manzano – died after the car they were riding in veered off an Interstate 75 ramp and crashed onto the pavement 50 feet below. Their untimely deaths in the early hours of January 9 sent grief throughout social media, and the trio was honored by openly gay CNN Anchor Don Lemon at the close of his January 11 show.

“Gentlemen, there are a lot of people grieving your loss, from Los Angeles to Atlanta to New York,” Lemon said. “They love you guys very dearly, and our hearts go out tonight to you, to your families and your friends. Corky, Esu and Adam – gone too soon.”

Nick Wiltgen had a love for weather that made him stand out as a meteorologist, but personal storms became too much for the gay Midtown resident to handle on the evening of January 24. The car that Wiltgen was driving crashed into a parking garage at Colony Square; investigators initially suspected that Wiltgen had suffered a heart attack, but later concluded that the incident was likely a suicide.

Although Wiltgen worked mainly as a behind-the-scenes meteorologist at The Weather Channel, he was renowned in the industry, and was widely mourned by his peers, including Al Roker of “Today.”

“His smile, expertise and camaraderie will be missed,” Roker Tweeted.

Barney Simms devoted much of his life to making Atlanta the city it is today, working as a community activist to improve neighborhoods, and serving on several city boards and commissions to help guide the strategic themes of Atlanta’s growth. On April 9, Simms was robbed and gunned down in his southwest Atlanta home in a murder that rocked the city.

More than 2,000 people attended Simms’s funeral at Antioch Baptist Church North, where Simms was a member for 45 years, and was eulogized by U.S. Rep. John Lewis and former Atlanta Mayor Shirley Franklin.

“I don’t think he ever realized how significant he had become,” Antioch pastor Cameron Alexander said at the service. “He wasn’t an elected official so he didn’t try to become important. He just became that because he cared about people.

Just before the break of dawn on July 7, security guards found a young black man hanging from a tree near in Piedmont Park. The grisly discovery, which occurred amid a string of police killings of black men and ensuing protests, resulted in a viral rumor that the death was racially motivated. Atlanta Mayor Kasim Reed forcefully attempted to quash that suspicion, as Atlanta police ruled the hanging a suicide.

Michael Smith, who also went by the name London Jermaine, used social media to chronicle his adventures as a young gay transplant from New Jersey, as well as his conflicts with his family about his sexual orientation.

“I see y’all in the next life,” Smith wrote in his final Facebook post, about an hour before security guards found his body. “Father forgive me.”

Born in 1939, the drag performer known as Diamond Lil had witnessed her native Georgia advance by light years when it came to accepting LGBT culture, and she played no small part in that growth. Diamond Lil performed her first drag act at the age of 18, gained fame regaling the sailors docked at the Savannah port in the late ’50s, and was part of the gritty queer Atlanta scene that birthed RuPaul and Lady Bunny, and set Midtown on course as the hippest neighborhood in the South.

“No longer will I lie upon a tear-stained bed, staring through burglar bars in a basement hovel, while a world gone mad passes me by,” read the Facebook post that announced that Diamond Lil had succumbed to lung cancer. “You can have your drabness, loneliness, bleakness, desperation; but hang it all up; for I, DIAMOND LIL, will not be caged in the twilight zone any longer.”

The godmother of Georgia drag took her final bow September 8. Brenda Dale Knox, appearing as her drag persona The Lady Chablis, became an international superstar after appearing in the based-on-real-life franchise “Midnight in the Garden of Good & Evil.” As the book of that name was being turned into a movie, Chablis reportedly quipped, “If I’m not cast as myself in the movie, there won’t be a movie.”

Chablis served as a mentor and role model for countless transgender women and drag performers in Georgia and far beyond.

“She’ll be remembered for her outrageous profanity-laced spontaneity and for being one of the first up-front transsexual personalities to be accepted by a wide audience,” author John Berendt said upon Chablis’s passing, noting that she is the “Midnight” character about whom he’s received the most audience feedback and questions.

Pioneering Atlanta transgender activist Cheryl Courtney-Evans, who co-founded and led Transgender Individuals Living In Their Truth (T.I.L.T.T.) and was a passionate voice for social justice issues, died October 2 after a courageous battle with cancer.

If there was a trans issue in Atlanta, Courtney-Evans was usually at the center of it, whether it be a now former Georgia ACLU leader’s stance on bathrooms and gender identity, trans voter disenfranchisement, trans inclusion at Atlanta Pride and Atlanta Black Gay Pride, attacks on trans and gender nonconforming people on MARTA and in Little Five Points, violence against trans women of color, passage of the federal Employment Non-Discrimination Act, and the CDC’s handling of rising HIV rates among gay men and trans women. Her death came just days before she was to be honored as a grand marshal of the Atlanta Pride Parade.

“Cheryl was a giant in the transgender community,” the Rev. Paul Turner of Gentle Spirit Community Church told Project Q. “She was direct, without filter and a fighter when it came to standing up and protecting her people. She was courageous beyond all measure and her love for our community knew no bounds. It was an honor to have worked with her and humbling to call her a friend. We have lost a heroic and courageous women.”