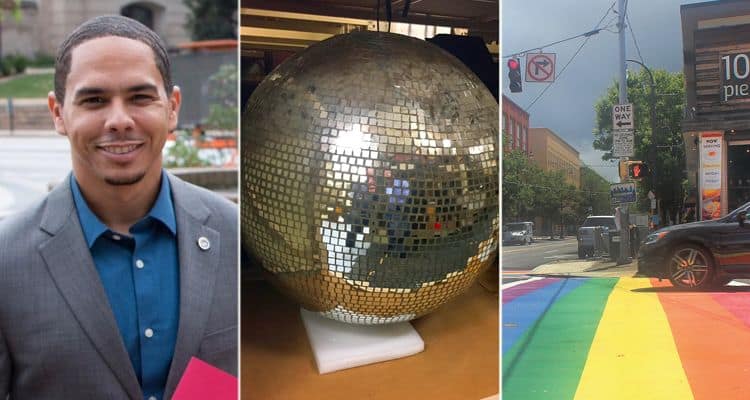 Take a step back to look at the local LGBT news landscape in Georgia in 2017 and you might wince. An anti-LGBT candidate wins a Georgia Congressional race, multiple deaths in the transgender community, an early bar closure during Black Gay Pride, a lawmaker suggesting an HIV quarantine, the disappearance of Atlanta LGBT nightlife and a ton of losses on Election Day in November. But hey, a trans woman made history in Doraville, and there’s always crosswalks. 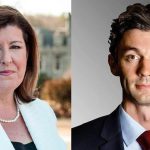 Former Georgia Secretary of State Karen Handel pulled out a win in June against Democratic upstart Jon Ossoff in the most expensive House race in U.S. history. Handel appeared to double down on her stance against gay adoption, telling the mother of a LGBT daughter and a Reporter Newspapers writer just days before the election that her “faith calls me to a very different place on this issue.” She also came out against gay marriage and civil unions in her 2010 race for Georgia governor. The 6th Congressional District seat is up again in November 2018, and Ossoff has yet to say if he’s running again. 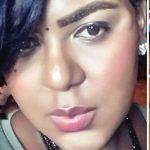 Georgia’s LGBT community was rocked this year by a number of deaths of transgender individuals in a variety of ways. Rowan Feldhaus, 25, died from complications from gender affirmation surgery in May; Ava Le’Ray Barrin, 17, was murdered in Athens by another transwoman in June; Tee Tee Dangerfield, 32, was murdered in College Park in July; Georgia Tech Pride Alliance President Scout Schultz, 21, was shot by campus police in September; and Macon resident Candace Towns, 30, was found shot to death on Halloween. 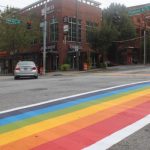 The City of Atlanta installed permanent rainbow crosswalks at the intersection of 10th Street and Piedmont Avenue on July 1, marking the unofficial LGBT ground zero of the city. The move followed a groundswell to make the crosswalks permanent after temporary ones were put in briefly during Atlanta Pride in 2015. A Georgia Voice Facebook Live video of the installation went viral after anti-LGBT trolls nationwide descended on the page, leading many local LGBT community members to weigh in in response. The mayor’s office told Georgia Voice that the publicly funded project cost $196,000 and the life expectancy is 10 years. 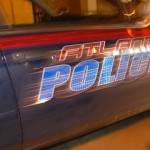 Georgia Voice readers weren’t buying it when an Atlanta Police Department spokesman claimed a “miscommunication” between city police and APD led to the closure of several Midtown LGBT-owned bars during Black Gay Pride. TEN, Blake’s on the Park, 10th and Piedmont and G’s Midtown were forced to end events, despite having permits that allowed them to operate past normal closing hours. TEN owner James Nelson posted on Facebook about the incident, saying it was discriminatory and an “unlawful closure.” Police Chief Erika Shields — who quietly came out in an Atlanta Magazine profile in June — reassigned the watch commander on duty at the time. 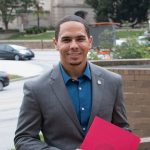 Democratic state Senate candidate’s Facebook posts revealed
Georgia Voice readers were in an uproar in October after we broke the story uncovering anti-LGBT and misogynistic Facebook posts by a Democratic candidate for state Senate District 6, which covers parts of Northwest Atlanta, Sandy Springs, Marietta, Smyrna and Vinings. Dentist Jaha Howard apologized for the comments later that day, but appeared to double down on them in subsequent statements. Howard later made it to a runoff against attorney Jen Jordan, but lost by nearly 30 points. 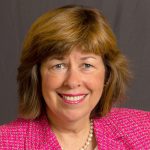 Georgia state Rep. Betty Price (R-Roswell) caused a national uproar after suggesting during a House study committee meeting in October that HIV-positive people should be quarantined. She issued a statement the following weekend saying that her comments were taken out of context, that they were “rhetorical” and that she was just being “provocative.” Price is the wife of former U.S. Health and Human Services Secretary Tom Price. 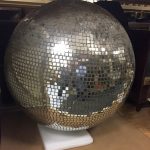 A staple of gay Atlanta nightlife had its last dance in November as dance club Jungle closed. Owner Richard Cherskov said new development is to blame — news that heightened anxiety among Atlanta’s LGBT community about parts of the culture being wiped out. Georgia Voice ran a series on nightlife throughout the year, and some bar and club owners expressed concerns about rising rent and new development threatening to push them out as well. The disco ball from Jungle (which used to hang at Backstreet) was later donated to the Atlanta History Center. 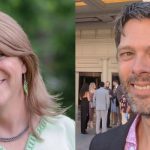 Sixteen LGBT candidates ran for office in Georgia this year, with three pulling out a win. Lesbian Liz Ordiales was elected mayor of Hiawassee, a small town of less than a thousand in North Georgia, and the Doraville City Council welcomed openly gay civic activist Joseph Geierman and transgender woman Stephe Koontz to its ranks. Koontz becomes the first openly transgender elected official in Georgia. Meanwhile, Cathy Woolard — Georgia’s first openly LGBT elected official in history — finished a close third in the Atlanta mayoral race, ultimately endorsing Mary Norwood, who lost to Keisha Lance Bottoms by less than a thousand votes in the runoff. Of note: with Alex Wan’s loss in the Atlanta City Council president race, that leaves the Council without an out LGBT member for the first time in over 20 years.

4. “Karen Handel: ‘My faith calls me to a different place’ on gay adoption,” June 16

6. “Betty Price: I was being ‘provocative’ with HIV quarantine suggestion,” Oct. 23

10. “Transgender Georgia man who fought judge for name change dead at 25,” May 16