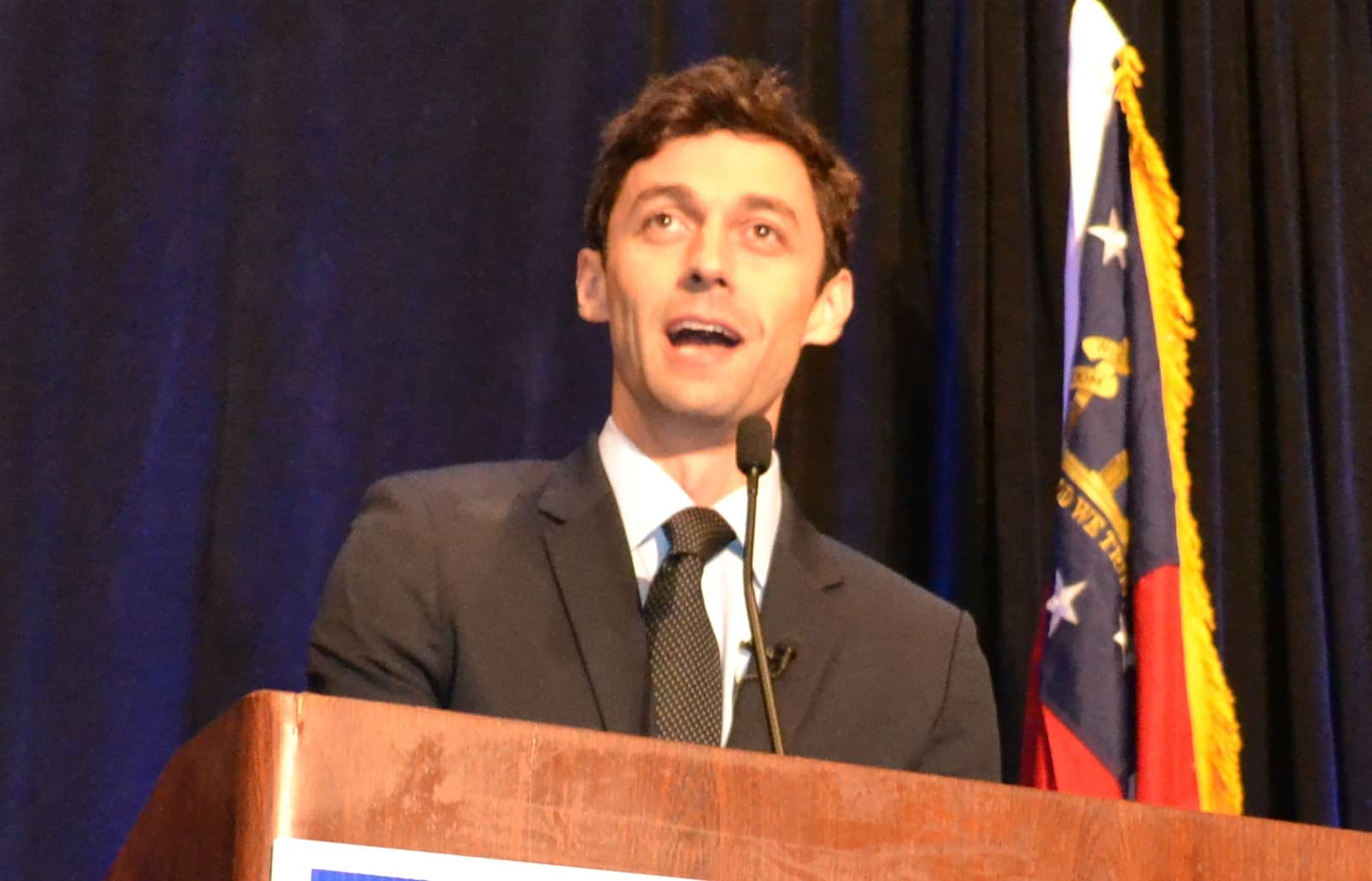 When Sunday’s Equality March for Unity & Pride steps off on Sunday in Washington, D.C., don’t expect Atlanta to be left out of the action. The city joins numerous others around the country with a sister event, the Atlanta Equality March, at 12 p.m. at Park Tavern in Piedmont Park. And organizers just booked a high profile name to speak at the event – Jon Ossoff, the pro-LGBT candidate locked in a heated 6th Congressional District race with former Georgia Secretary of State Karen Handel that’s grabbed the nation’s attention.

The event came together earlier this week thanks to My Sister’s Room owners (and wives) Jennifer and Jami Maguire, who kept getting questions about why there was no Atlanta event.

“There is no way we could let Atlanta be left out of this event taking place in Washington D.C. and the sister marches taking place around the country,” Jami Maguire told Georgia Voice. “Our community here in Atlanta takes pride in being one of the gayest cities in America and being a shining light of equality.”

Maguire said they booked Park Tavern and created a Facebook event, only expecting a couple hundred people to respond. Within 24 hours, several thousand responded saying they were going or at least interested. So they contacted the Atlanta Police Department’s LGBT liaisons and Homeland Security to give a heads-up, especially considering the event was organized too late to apply for an assembly permit. The liaisons will be present for the march, which will head west down the sidewalks of 10th Street, to Juniper, then 12th Street and back into the park.

“We believe Atlanta will show up and be one of the leading marches in the country in solidarity with the Equality March for Unity and Pride in Washington D.C.,” said Maguire. “We are all in this together. We do not represent a political party;  we represent the idea that love is love and there is no room for hate in this city.”

This isn’t Ossoff’s first nod to the LGBT community. He’s repeatedly made himself available for LGBT media interviews, appeared at April’s Atlanta Human Rights Campaign Dinner and gained the endorsement of a national LGBT political action committee. In an interview last month with Georgia Voice, Ossoff spoke out against anti-LGBT discrimination and added, “If I’m elected, I’ll be a public, outspoken, unashamed ally of the LGBT community with a zero-tolerance policy for hate speech, discrimination or scape-goating — no questions asked.” And he’ll be appearing at an LGBT families meet and greet Friday in Roswell, organized by the Young Democrats of Georgia – Stonewall Caucus.

His opponent, however, has for the most part avoided addressing LGBT issues (and LGBT media) during the campaign, except when asked during a WSB debate Tuesday about her position on so-called “religious freedom” legislation – the type that’s roiled the state Capitol for the past four legislative sessions and the type Handel could consider if elected, thanks to the proposed First Amendment Defense Act.

After Ossoff said he wouldn’t condone legislation that discriminated based on sexual orientation, race, faith or national origin, Handel said, “I also oppose legislation that would infringe on an individual’s religious freedoms. We need to have strong, strong support for the First Amendment, while at the same time recognizing that we also don’t want to discriminate based on someone’s sexual orientation.”

In a 2010 interview with 11Alive’s Doug Richards, Handel said she was against gay marriage and would consider legislation banning gay adoption. Video of that interview resurfaced this week and has been making the rounds in LGBT circles and on social media.