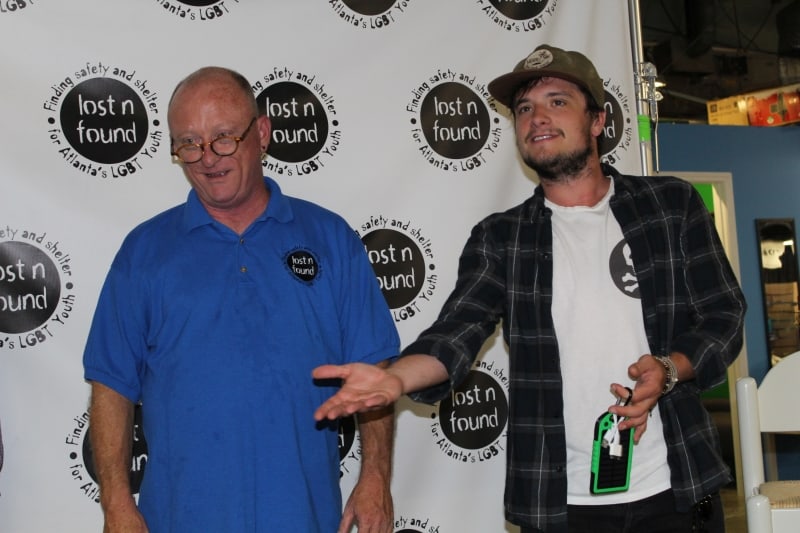 Actor Josh Hutcherson (“Hunger Games,” “The Kids Are All Right”) was in town on Wednesday to kick off the Atlanta version of the PowerOn campaign, which provides LGBT youth access to computers and important online resources.

PowerOn was founded in 2014 by Straight But Not Narrow (which Hutcherson co-founded), The Trevor Project, Human IT and LGBT Tech to encourage people to donate old or broken laptops, tables and smartphones so that they can refurbish and redistribute them back to those in the LGBT community that need them the most. 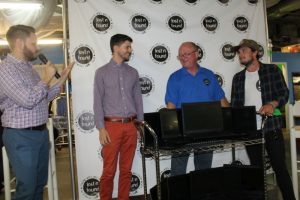 Representatives from each of the partnering organizations were on hand Wednesday not only to kick off the Atlanta campaign but to donate 10 laptops and over 25 solar chargers to Atlanta LGBT homeless youth organization Lost-n-Found Youth.

“This is an incredible program. You have no idea how much good this is going to do,” said Lost-n-Found Youth executive director Rick Westbrook as the donations were presented.

Christopher Wood, executive director of LGBT Tech, said that the PowerOn campaign’s goal is to put 1,000 devices on the street in the next two years.

“Those 1,000 devices could be a world of difference and I’m really excited to start here in Atlanta, in the Bible Belt in an area where kids are thrown out every single day, even today,” he said. “The technology that you donate has the ability to impact a center like we’re standing in today, a youth that has gone through a program and gets into their own place but doesn’t necessarily have the money for a laptop or desktop and we’re working to make sure that those individuals stay connected and have the same ability as you or I to get information that is so crucial to us every single day.”

Hutcherson has been a longtime ally to the LGBT community and he mentioned at the event at the Lost-n-Found Youth Consignment and Thrift Store how having two gay uncles who died of AIDS-related complications spurred him to get involved with LGBT rights. Here’s Hutcherson talking more about PowerOn.

We got some one-on-one time with Hutcherson after the event and asked him about how the one-month anniversary of the Orlando shooting is coming up and how organizations like Straight But Not Narrow can help in the wake of the tragedy.

“It’s all about empathy and understanding because there is no science anywhere that shows that being gay is a choice. Nothing. And so it doesn’t make sense logically to hate somebody for who they were born as,” responded Hutcherson, who said he was at the Bonnaroo Music and Arts Festival in Tennessee when he heard about the shooting. “So especially now in the aftermath of something like Orlando, reaching out to the straight community and trying to get their support as a straight community is massively important to show the LGBTQ community that we’re not all like that. In a way, after these kinds of tragedies, it’s like a trampoline for these kinds of organizations because all of a sudden people get pissed off about what happened and they want to go and find a way to support, so hopefully we’re going to harness some of those people and bring them in to help advocate.”

For more information on PowerOn, go to their website at PowerOnLGBT.org.