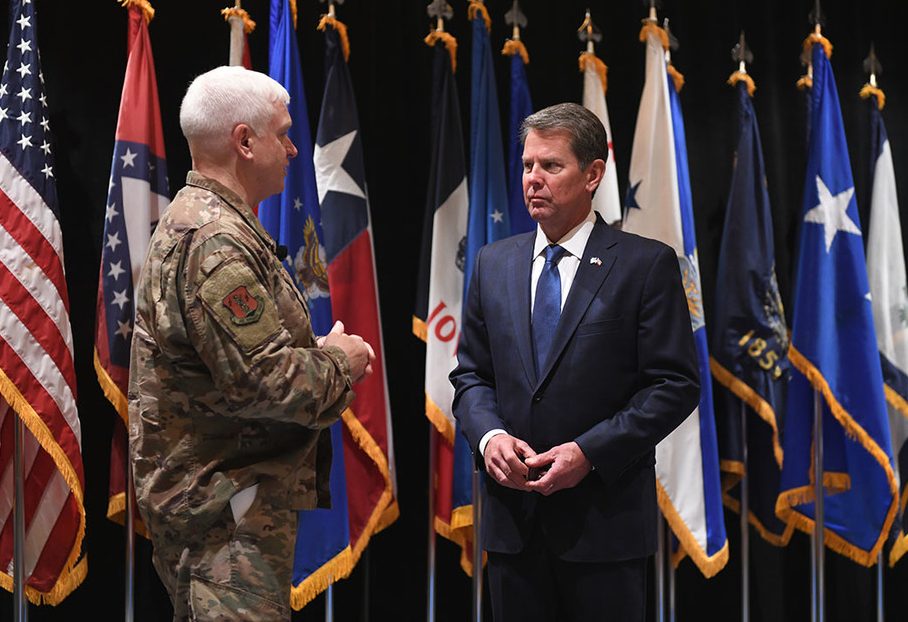 Georgia Governor Brian Kemp signed a landmark hate crimes bill into law on Friday (June 26), which includes language protecting LGBTQ victims, but a police protection bill passed alongside it may be doing more harm than the hate crimes bill does good.

HB426, which was passed by the Georgia legislature last Tuesday (June 23), mandates enhanced sentencing for people convicted of targeting a victim due to their “actual or perceived race, color, religion, national origin, sex, sexual orientation, gender, mental disability, or physical disability,” according to CBS News. The law is set to go into effect tomorrow (July 1).

Prior to the bill’s passage, Georgia was one of only four states without a hate crimes law, along with South Carolina, Wyoming, and Arkansas.

The bill comes after the murder of Ahmaud Arbery by two white men in Brunswick, as well as the murder of Rayshard Brooks by Atlanta police. However, according to a statement released by the Georgia NAACP, an additional bill was passed in the same legislative package as HB426 that creates enhanced penalties for people who allegedly target law enforcement and first responders for their employment status.

The NAACP said the police protection measure would “further create a toxic divide in our state while further fueling the criminalization and violence against Black people.” Arbery’s mother, Wanda Cooper-Jones, also stands in opposition to the inclusion.

“Though we stand in full support of all law enforcement, we believe that HB838 is more dangerous to our community than HB426 is good,” Cooper-Jones said. “To see the legislature prioritize HB838 instead of repealing citizen’s arrest is heartbreaking and does not do justice for my son.”

State Rep Chuck Efstration, R-Dacula, told the AJC on Monday (June 29) that he plans to hold hearings starting in early July on the repeal of the citizen’s arrest law, an 1800s-era law that allows residents to take law enforcement into their own hands if they had witnessed a crime and police aren’t around. The law was initially cited by a prosecutor to justify Arbery’s murder.