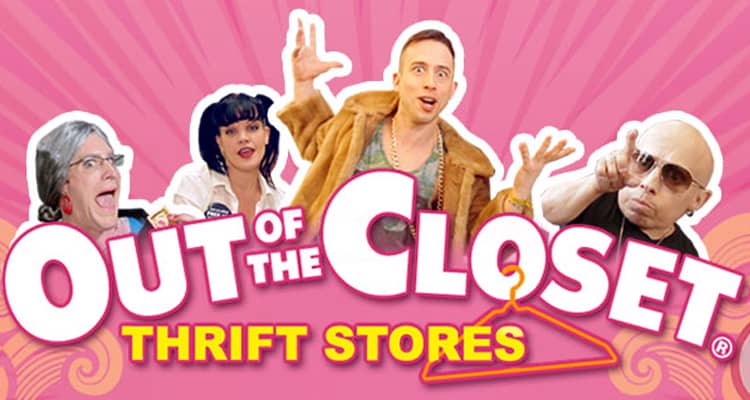 AHF’s Out of the Closet ready to open its doors

The AIDS Healthcare Foundation, which joined forces with longtime HIV resource AID Atlanta in June 2015, opens the doors to its latest venture into the Atlanta market Saturday, Sept. 17 with the opening of Out of the Closet Thrift Shop on Cheshire Bridge Road.

Out of the Closet’s opening will bring to Atlanta a format that’s already proven successful for AHF in other cities, including San Francisco, Seattle, Dallas and Brooklyn. According to AHF, 96 cents out of every dollar the organization earns goes towards patient care. In addition to accepting donations and providing deals on used items, Out of the Closet locations include a pharmacy and free HIV testing.

The grand opening on Sept. 17 will begin with a ribbon-cutting ceremony at 10 a.m., and a DJ and food truck will be on site to help celebrate the opening.

After the store’s opening day, anyone who wants to donate to Out of the Closet can drop off clothing or household items at the store. For larger items like furniture, donators can also fill out a form online or call 877-2-PICK-IT-UP to arrange for their donations to be picked up.

Out of the Closet’s pharmacy is part of the broader AHF Pharmacy network, which already has a local branch in Lithonia. AHF Pharmacy works to provide HIV medical care to anyone, regardless of their ability to pay.

Earlier this year, Michael Kahane, AHF’s bureau chief for the southern region, told us, “AHF has had a presence in the metro Atlanta community for the last five years, and has enjoyed partnering with many other ASOs and non-profit service providers to collaboratively work together to address the increasing needs of combating the HIV/AIDS epidemic throughout the region. We are excited to open a store in Atlanta, given that in communities where we have stores, we have seen them serve as a critical resource to the local community, providing a safe, non-stigmatized space, where diverse populations have come to get tested for HIV/AIDS and other STIs as well as receive education on the disease, and we anticipate this location being that same type of community resource.”

Close proximity creates controversy
That comment arose from some controversy that came with the announcement of the thrift shop last year. Out of the Closet opens mere blocks away from Lost-N-Found Youth’s thrift store. Lost-N-Found Youth Executive Director Rick Westbrook, who in recent weeks was demoted from – then reinstated into – that position, didn’t hold back with his opinion about AHF’s increased presence in the Atlanta area.

“AHF has more money than God and they throw their weight around,” Westbrook said. “But this is a community that’s not going to let that weight carry anything. That’s a small space. In their thrift shops they do offer testing and a pharmacy. I don’t have the need or want to get into a pharmacy. It’s important as the true activist in me that we not duplicate services if there are people in town that are doing things.”

Westbrook also referred to Lost-N-Found Youth’s partnership with Positive Impact as the place he prefers to refer the kids who come through the organization. AHF has come under fire in recent years for their criticism of PrEP.