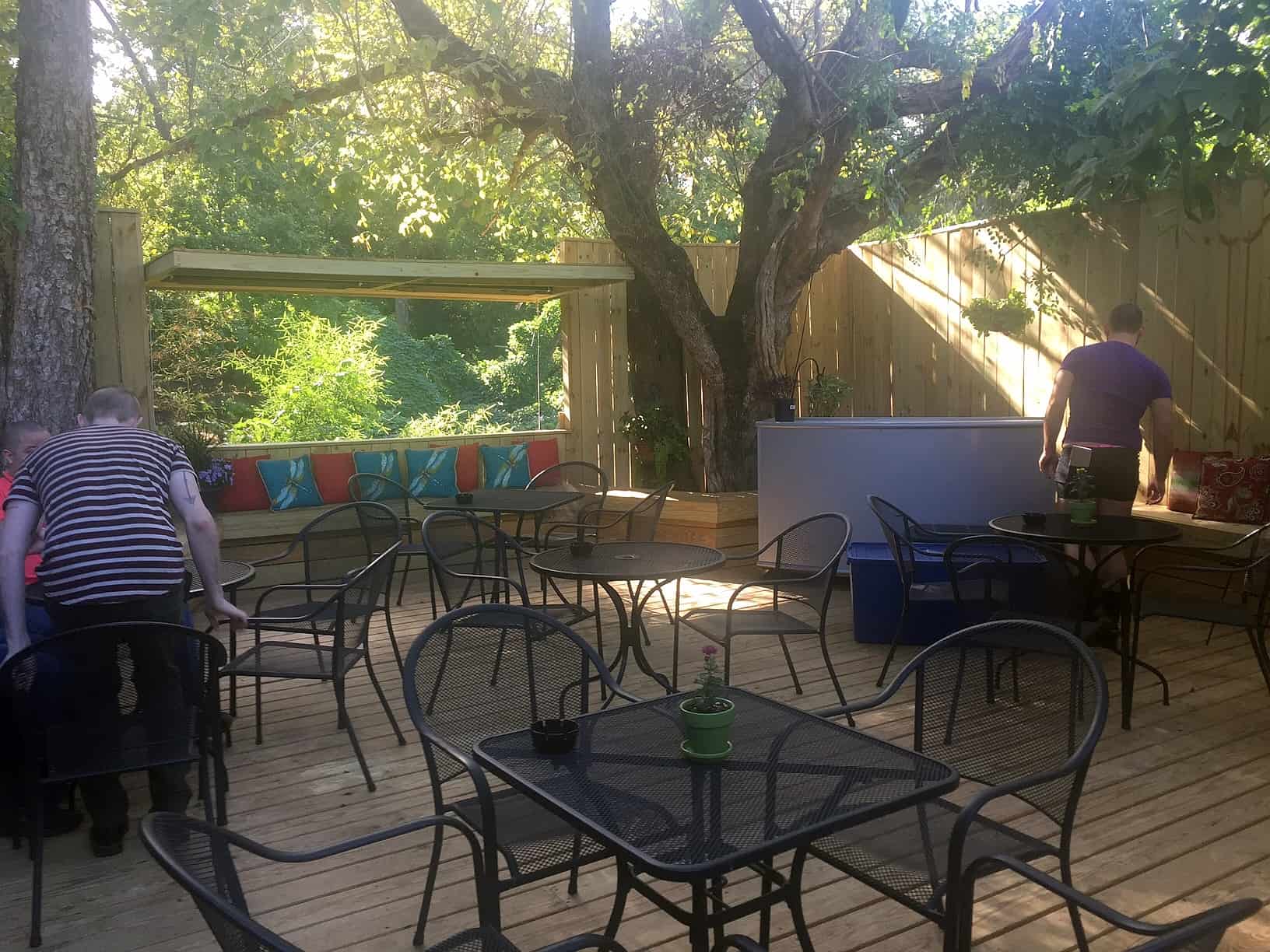 It’s no secret that real estate in Atlanta is booming. Construction on the BeltLine and residential high-rises combine forces to make major changes to Atlanta’s LGBT culture.

The latest casualty is Jungle, one of the triangle of bars defining gay nightlife on Cheshire Bridge Road. After 13 years, owner Richard Cherskov announced via Facebook that mid-November will mark the final curtain.

“I’ve tried everything to convince our new building owners to renew our lease, but the fact remains that they feel our business is not compatible with the new apartments they are building next door. Curiously, they have decided not to give us an extension during construction. I understand developers have a right to develop, but it still stings,” Cherskov’s statement said. “Nightlife has changed so much in such a short time, but some things remain comfortingly familiar: the pounding music, the vibrant performers and the thrill of the chase.”

He encouraged Jungle patrons to continue supporting all forms of Atlanta nightlife, bittersweet advice coming from the favorite club.

Jungle isn’t the only club facing difficulties related to development — the owner of The Model T, a LGBT bar located in the Ford Factory Lofts next to the BeltLine’s vanguard, Ponce City Market, fears that rising rent costs combined with a slow customer season could force them out. Model T’s direct pathway access to the BeltLine is cut off due to construction on the new Kroger next door.

“I hate to hear that Model T is having problems, and hopefully a lot of the existing businesses along the BeltLine won’t get displaced as rents go up,” said Don Honnewell, general manager of Burkhart’s.

Though construction has its critics in LGBT bar owners, it also has fans, notably in the Ansley Square area off of Piedmont Avenue. There, Mixx and Burkhart’s back up to the BeltLine trails, and several gay bars in that shopping center are in the midst of renovations to attract more customers arriving on bike and on foot.

“I could see the potential way back in the early part and I’ve been thrilled about it. I think it’s the best thing to happen to Atlanta in many, many years and that’s exciting, to see the BeltLine just taking on a life of its own and see how the community is coming together more and more,” Honnewell told Georgia Voice. “How it might affect Burkhart’s, I’m looking forward to whatever changes come. I look forward to this section of the BeltLine being developed and I actually visualize down the road more and more of our customers using the BeltLine to get from either their apartment or condo or wherever they’re at. Being able to come and enjoy themselves and not worry about getting back home since they’re either walking or bicycling, since we do serve alcohol — I’d much rather have our customers walking and being able to walk home.”

Honnewell started implementing the renovation plan about a year ago: rebuilding taller fencing to the patio, improving the overall patio atmosphere and creating a better pathway to the BeltLine.

“We’ve had increased business, but I’m not sure we could attribute it to the BeltLine. Yes, to some extent, because we’ve had some guys come off the BeltLine with their bicycles and we’ve been able to provide a temporary area for them to chain them up, and then come in and enjoy food and beverages,” Honnewell said.

Mixx, which recently adopted a new logo as well as a new look, redid its front entrance and bar, with upcoming plans to fully develop the outdoor terrace. According to its website, “the patio will be demolished and rebuilt as a fully enclosed dining area. There will be a new smoking area. We will construct a large terrace for outside dining with access to the BeltLine.”

The bar expanded its hours, aims to provide Sunday brunch and refers to its new image as “sort of a 21st century Backstreet.”

Oscar’s and Felix’s are in a slightly different position than Mixx and Burkhart’s. They do not back up to the BeltLine, but are visible to folks who walk out the front of those bars to explore the rest of Ansley Square.

“Everybody’s been talking about making the front of theirs more presentable,” said Chad McDaniel, general manager at Oscar’s, adding he’s been making strategic improvements to the patio as well. “I’m anxious to see if we get a lot more foot traffic. We have seen a lot of new faces come through. I don’t know if it’s because all the bars are doing something different.”

“I do believe that the people new to the BeltLine, living and working on the BeltLine, are exploring as I have and it’s just a matter of time before they explore our patio and our business, just because it’s easy and right on the BeltLine,” Honnewell said.

Honnewell said Ansley Square has been owned by the same company for many years. He was unsure of the exact parameters of Burkhart’s lease in the shopping center, but assured Georgia Voice the business is “solid.”

McDaniel said Oscar’s is on a five-year lease. He said rents have not gone up for the bar either — “knock on wood” — but added increased rent does make sense if there are more new customers and thus increased revenue.

“We have a good relationship with our landlord,” Honnewell said. “The bars — Mixx, Oscar’s, Felix’s — they’ve been great in that they recognize and they appreciate us as tenants. We provide a good nightlife. … We’re spending quite a bit of money making major improvements. We plan on being here for a long time.”