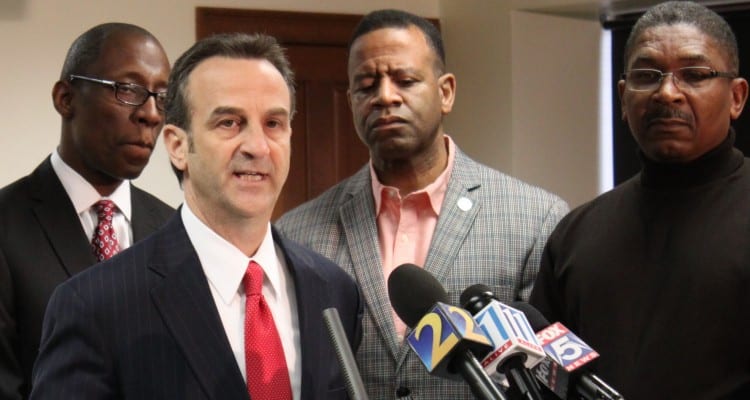 Former Atlanta fire chief Kelvin Cochran appeared in federal court Wednesday in the lawsuit over his firing, as the city presented oral arguments in its motion to dismiss the suit.

Cochran filed the federal civil lawsuit against the city and Mayor Kasim Reed in February, alleging his constitutional rights to free speech and religion were violated when he was fired from his job after writing a book that included passages comparing homosexuality to bestiality and pedophilia. The city filed a motion to dismiss in March.

City Attorney Cathy Hampton issued a statement after Wednesday’s hearing, saying, “This lawsuit is not about religious beliefs, nor is it about the First Amendment. Rather, it is an employment matter involving an executive in charge of 1,129 firefighters and tasked to lead by example. Instead of leadership, the former executive failed to follow his employer’s rules for outside employment. The case is at a very preliminary stage. A Motion to Dismiss examines whether the claims made by a plaintiff are sufficient to move forward or should be dismissed outright. If any of the claims in this case move past this stage, the City looks forward to presenting all relevant facts, and ultimately will prevail.”

Cochran is represented by the conservative Christian legal group Alliance Defending Freedom, whose senior counsel Kevin Theriot told the judge Wednesday that it was Reed who discriminated.

“What the mayor has said of Chief Cochran is not inclusive. He discriminates against people. He has said things like, ‘He will never work in this city again,” Cochran’s attorney Kevin Theriot said according to WSB.

The judge said she will rule on whether to dismiss Cochran’s lawsuit within 30 days.