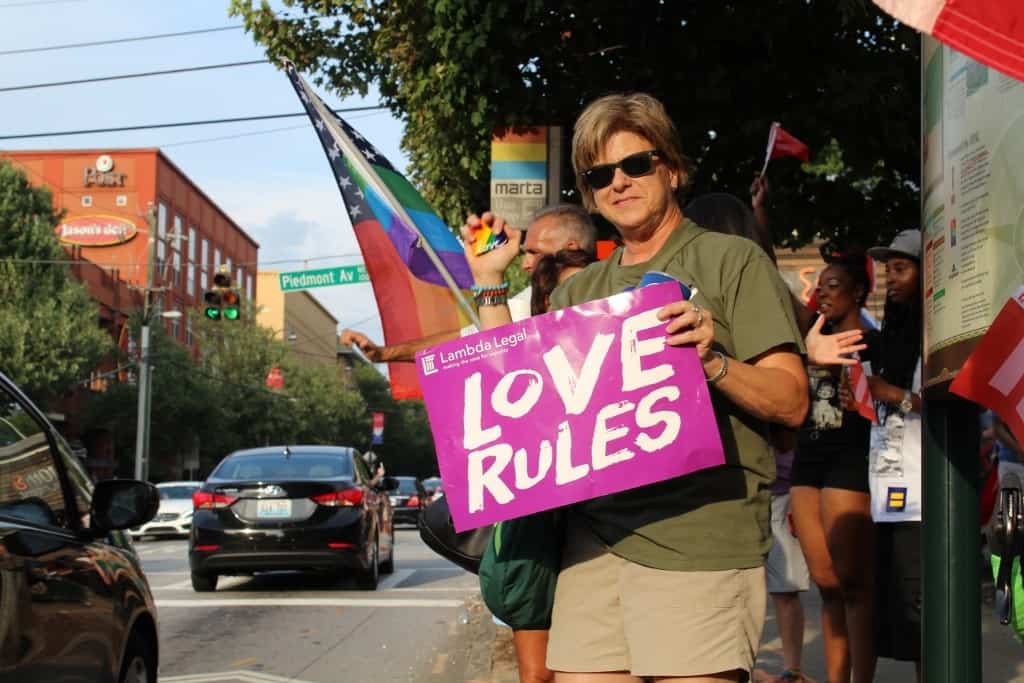 If it’s December, that means a big fundraising push by nonprofits so they can meet their year-end goals. We’ve found from recent emails sent to their supporters that some anti-LGBT organizations are dangling red meat in the form of Kelvin Cochran and the U.S. Supreme Court decision on marriage equality in order to drum up big cash.

The Liberty Institute, an anti-LGBT legal group, issued their year-end fundraising ask on Dec. 9 with a goal of $2.33 million. They list several things that “you, your country and religious freedom endured in 2015,” with marriage equality being front and center.

One county clerk went to jail for refusing to issue marriage licenses to same-sex couples on religious grounds when the state refused to grant her a religious exemption.

The Solicitor General of the United States told the U.S. Supreme Court that faith-based institutions resisting same-sex marriage could jeopardize their tax-exempt status. Losing that status could greatly harm ministry outreach to countless millions of souls.

Alliance Defending Freedom, another anti-LGBT legal group, went even bigger, setting a year-end fundraising goal of $11.9 million. What’s the first thing mentioned in the fundraising email sent on Dec. 8? Stop me if you’ve heard this before.

In light of where we are today — faced with a Supreme Court decision that imposed same-sex marriage nationwide, our religious freedom is under attack as never before in our nation’s history.

We need a strong defense

That’s why your year-end gift to help provide a strong and winning defense for your religious freedom in 2016 is so urgently needed.

Activists have been emboldened by the Supreme Court decision to redefine marriage. They’re not interested in mere “tolerance.” They demand that you embrace and celebrate their views, which threatens your right to live out your faith.

The only way to defend your religious freedom is to take a stand.

They later cite the case of former Atlanta fire chief Kelvin Cochran, who Alliance Defending Freedom is representing in his lawsuit against the city. Mayor Kasim Reed fired Cochran in January after the discovery of a book Cochran wrote that included passages comparing homosexuality to bestiality and pedophilia.

Former Atlanta Fire Chief Kelvin Cochran was suspended without pay, ordered to attend sensitivity training, and fired because, on his own time, he wrote a faith-based book that briefly discussed, among other things, the Bible’s teaching about sex and marriage.

And the Liberty Counsel, another anti-LGBT legal group, skipped marriage equality altogether and cited our most vulnerable—the kids—in their fundraising email Tuesday morning. This nugget was placed front and center as one of “the situations and cases that our legal team handles every day.”

A look at the group’s 2015’s year-end report reveals further details about the particular type of advocacy they took part in on behalf of New Jersey’s youths. Spoiler alert: it wasn’t free school lunches for low-income kids.

That would be “reparative” or “conversion” therapy that the group was fighting for. The same therapy that all major American medical, psychological and psychiatric groups have long agreed does not work and can be so harmful as to lead to depression and suicide (cut to a group of New Jersey youths saying, “Gee, thanks Liberty Counsel!”). The U.S. Supreme Court declined to hear the group’s challenge to New Jersey’s ban on “reparative” therapy earlier this year by the way.