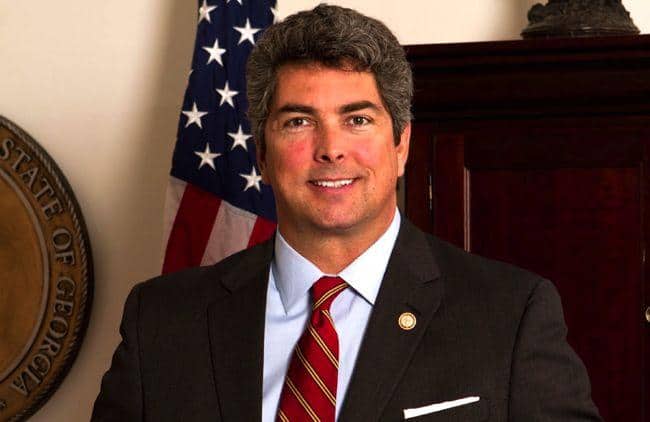 The controversial nomination of anti-gay state judge Michael Boggs to the federal bench by President Barack Obama hit a serious snag when the New York Times reported he just doesn’t have enough votes to get out of the Senate Judiciary Committee.

Obama nominated Boggs last December as part of a deal with Georgia Republican Senators Saxby Chambliss and Johnny Isakson to fill some empty seats on the federal bench. Chambliss and Isakson had been blocking Obama’s nominations in Georgia and finally agreed to the deal to allow Obama’s choice of Jill Pryor’s nomination to the 11th Circuit Court of Appeals go through if Obama agreed to their choices of Boggs and also Michael Cohen.

Senator Patrick J. Leahy, who leads the Judiciary Committee, told the New York Times “it had become clear after talking to his colleagues that Mr. Boggs, under fire from Democrats for his conservative positions, could not win committee support.”

“Mr. Leahy signaled that Mr. Boggs should withdraw: ‘He doesn’t have the votes,’” the Times reported.
And, according to the Times, “Mr. Boggs earns the unusual distinction as the first Obama judicial nominee this term to fail because of Democratic opposition.”

Boggs’s nomination was opposed by HRC Atlanta and Georgia Equality. In May, both groups signed onto a letter to Chambliss and Isakson urging them to not approve the nomination.

“It is our strong belief that this appointment would undermine the progress of the LGBT community in Georgia and across the country,” said Molly Simmons, Atlanta Member of HRC’s Board of Directors, in a prepared statement in May. “All Georgians deserve judicial officials who will treat them equally under the law and we urge Senators Isakson and Chambliss to reconsider this judicial nomination.”

Boggs is a Georgia Court of Appeals judge who has been on the bench for a decade, but it is his time in the Georgia House of Representatives that has several progressive organizations, including LGBT organizations, upset with Obama’s pick.

During Boggs’ two terms in the General Assembly, from 2001 to 2004, Boggs voted in favor of keeping the Confederate flag emblem as part of the state flag and and publicly naming doctors who provide abortions. He also introduced a constitutional amendment to ban same-sex marriage in the state.
Boggs also argued while serving in the Georgia legislature against “activist judges” that he believed were working to bring marriage equality to same-sex couples.

Boggs, who is from Waycross in south Georgia, testified before the Senate Judiciary Committee in May and said he regretted his decision to vote in favor of legislation to keep the Confederate flag insignia on the state flag as well as publicly naming doctors who provide abortions. He would only say that he may or may not have changed his mind on same-sex marriage.

The letter from HRC Atlanta and Georgia Equality stated, in part, “Judge Boggs’ clear statements against LGBT Georgians, as well as other anti-equality actions including his vote to maintain the Confederate battle emblem on the Georgia State flag, undermine the strength of his nomination and call into question his ability to fairly administer justice on the federal bench.”

UPDATE: President Obama says he will continue to support Boggs’ nomination, according to a story in the Fulton Daily Report.

“White House Press Secretary Josh Earnest said at Monday’s daily press briefing that the president will not ask Georgia Court of Appeals Judge Michael Boggs to withdraw his nomination to the federal bench, despite the chairman of the U.S. Judiciary Committee signaling that his nomination is dead, according to the New York Times,” the Daily Report stated in an article.

“The president believes that Judge Boggs has the necessary qualifications to serve in this role,” Earnest said. “That’s why the president nominated him.”