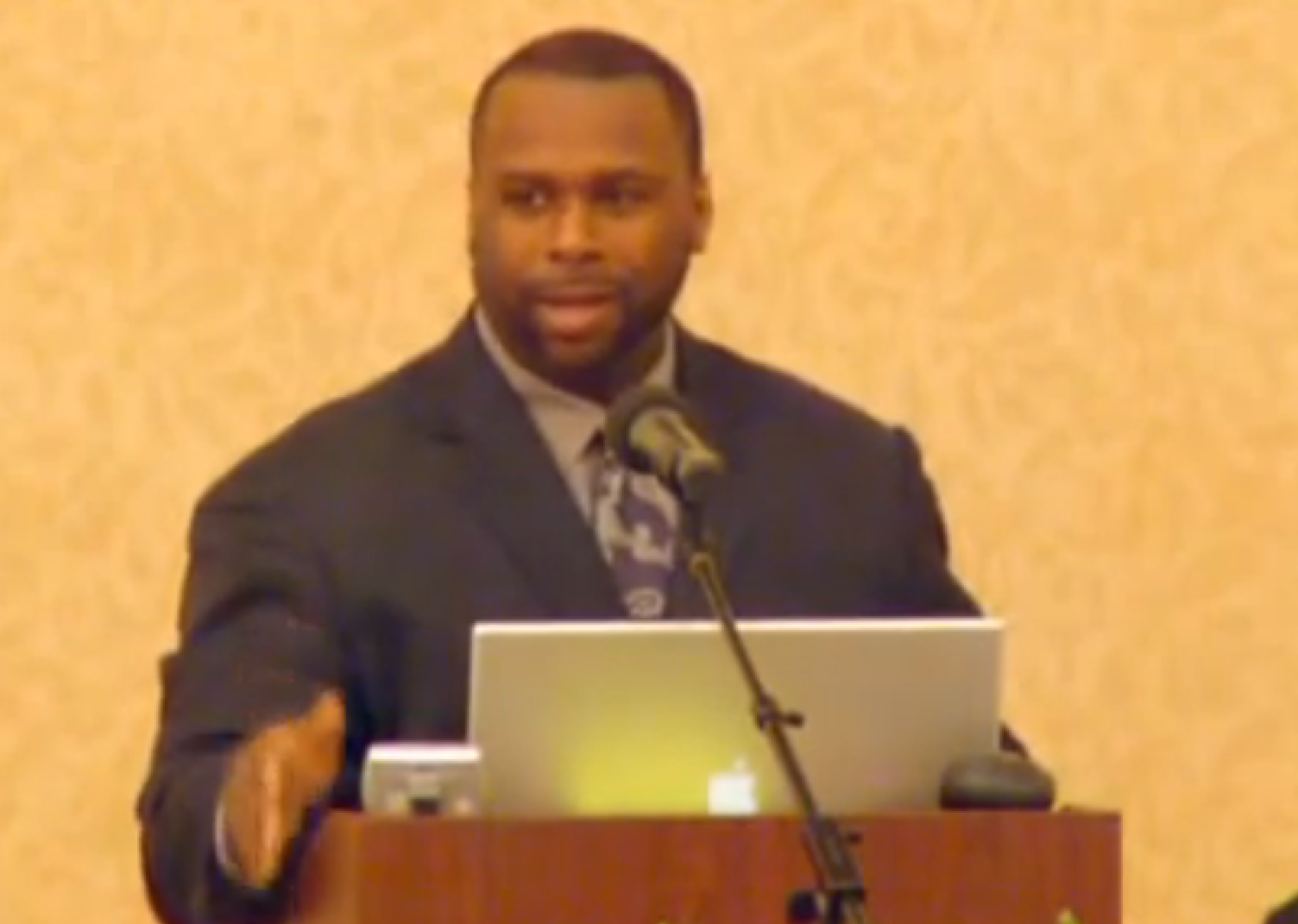 The anti-gay pastor who preached that gay people’s sexuality comes from the “pits of hell” is alleging he was discriminated against when the Georgia Public Health Department rescinded his job offer in May.

Dr. Eric Walsh, who was tapped to be hired as the District Public Health Director in North Georgia, filed a complaint Tuesday with the Equal Opportunity Commission in Atlanta, according to a story in the Atlanta Journal-Constitution.

In the EEOC complaint, Walsh alleges the Georgia Public Health Department offered him a job, sent him a welcome letter, but then rescinded it after he made national headlines when videos and recordings of him preaching anti-gay, anti-Muslim and anti-Catholic sermons were discovered online. Walsh is Seventh-day Adventist pastor.

“I was shocked at what happened. Quite frankly, I didn’t know in the United States of America that something like this could happen when your work record is stellar,” Walsh said at a press conference in Atlanta on Tuesday, the AJC reported.

Walsh’s attorney Lee Parks said Walsh plans file a civil rights lawsuit against the state as well. “You don’t have to agree with what he says, but you have to agree that he has the right to say it,” Parks said.

Walsh is the former Pasadena Public Health Director; he was put on administrative leave on May 1 and then eventually resigned due to backlash in his home state of California after the controversial video sermons surfaced.

The Georgia Public Department of Health responded to news of the EEOC complaint with an emailed statement from spokesperson Ryan Deal. Deal said the DPH “withdrew Dr. Eric Walsh’s conditional offer of employment in May 2014 for reasons entirely unrelated to his beliefs. DPH will respond to the EEOC complaint as soon as possible.”

Walsh was offered the position of District Public Health Director within the North Georgia Health District, “contingent upon the results of a background and credentials investigation” Ryan Deal, DPH spokesperson, told the GA Voice on May 14.

Some of what Walsh believes, according to the Pasadena Star News:

• Oprah Winfrey is harboring the spirit of the anti-Christ;

• The prophet Muhammad, founder of Islam, was influenced by Satan;

• The devil set up Catholicism;

• Acceptance of homosexuals is a satanic ploy to destroy America;

• Rapper Jay Z is a disciple of Satan;

• Single mothers are ruining their children;

• Disney movies, which are loaded with violence, sex and magic, are a satanic ploy to split up families;

• Darwin’s Theory of Evolution is a “satanic belief”;

• The distribution of condoms to a public in need leads to higher AIDS rates;

• The pope is the anti-Christ.

With news of Walsh’s hiring and after the controversy surrounding Walsh erupted, Linda Ellis, executive director of the Health Initiative, wrote a letter to DPH Commissioner Brenda Fitzgerald urging the state to rescind Welsh’s job offer.

“Dr. Walsh’s public displays of anti-gay propaganda and religious rhetoric will become symbols of the department and will further isolate an already vulnerable population. We believe this hire is detrimental to the wellbeing of our community, as well as to the effectiveness of the Department to conduct meaningful outreach to LGBT Georgians,” Ellis stated.

On May 16, Walsh’s job offer was retracted.

Deal told the GA Voice in a May 16 statement, “The Georgia Department of Public Health (DPH) has retracted the conditional offer of employment to Dr. Eric Walsh for the position of District Health Director of the North Georgia Health District. Today’s action by the Department follows a thorough examination of Dr. Walsh’s credentials and background as well as consultation with the six local Boards of Health which comprise the district.”

The Los Angeles Times reported about Walsh’s job retraction on May 16, noting the anti-gay sermons came to light after Walsh was picked to give the commencement address at Pasadena City College’s graduation ceremony over openly gay screenwriter and director Dustin Lance Black. Black won the Oscar for Best Original Screenplay for the movie “Milk”—and did give the commencement address  instead of Walsh.