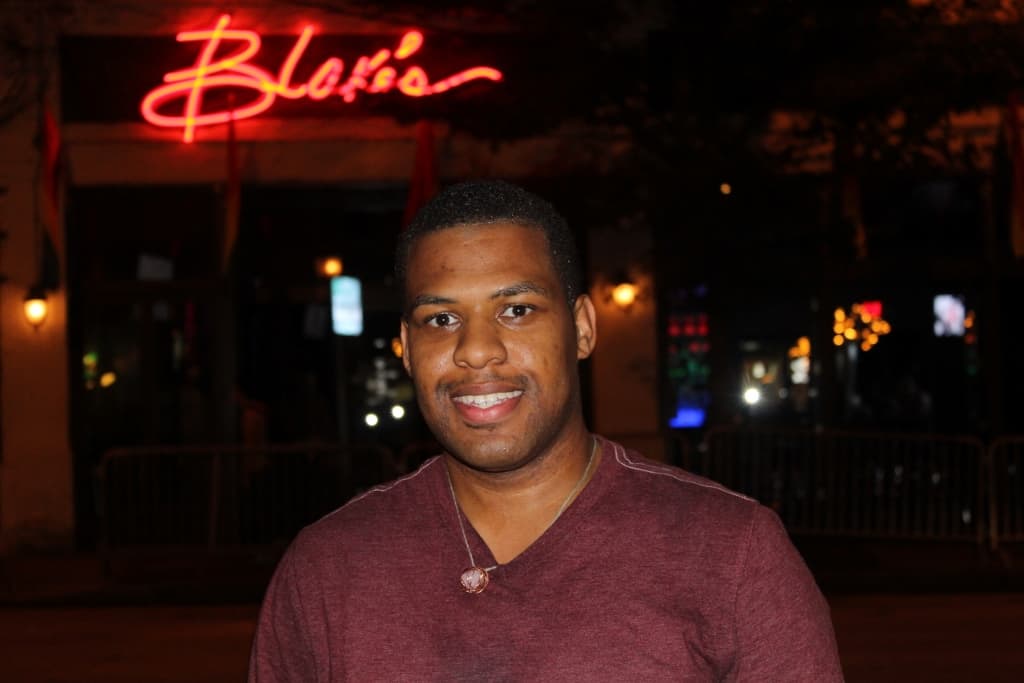 As director of Love Under Fire, Atlanta LGBT activist Branden Mattox worked to advance the cause of marriage equality in Georgia. Coincidentally, just a few weeks after the U.S. Supreme Court decided that matter, another event led Mattox to form a brand new movement.

The event in question was the discovery of a new dress code at popular Atlanta gay bar Blake’s on the Park on July 9. The dress code included restrictions like “No hoodies,” “No sagging pants,” “No bandanas/dew-rags” and “No oversized chains or medallions,” language that many in the community took as being racially motivated. Blake’s management took the sign down after an uproar in the community, but the wariness remained.

Now Mattox has partnered with others to start Atlanta Black Gay Uprising, with initiatives underway to get black LGBT-owned businesses off the ground and to honor black LGBT Atlanta history via an awards ceremony.

Shifting focus from interdependence to independence

After the Blake’s incident in July, Mattox was sure of one thing.

“My first response was that this should not be just about Blake’s on the Park, because I knew in my experiences with our community that we are very reactive,” Mattox tells Georgia Voice. “Something happens, we get excited, we get stirred up and then that passion and energy quickly burns off. Then we, in short order, return back to business as usual.”

Mattox and Gee Session-Smalls, co-founder of The Gentlemen’s Foundation and the one who discovered the dress code sign and posted it to social media that July evening, consulted with Georgia Equality executive director Jeff Graham about a constructive response to the issue of racial division in Atlanta’s LGBT community.

“We need to stop looking for those gay people who are not black to be able to solve our problems. Yes, there are those who are out there who have tried to help solve our problems and I commend them but if you need a steak cooked a certain way, you’ve got to cook it yourself,” Mattox says.

Hence, Atlanta Black Gay Uprising, which Mattox makes a point to say is a movement and not an organization.

Mattox is aware of the reactions people have to the word “uprising” and realizes some people will think the movement is a militant or violent one. Not so, he says, calling it more of a creative, nonviolent uprising.

One of the initiatives is The Baldwin Project, named after the late black gay writer James Baldwin. Mattox’s goal with the project is to put together a funding network to get black LGBT-owned businesses off the ground in Atlanta.

He is almost done putting together a board of directors for the project, and they had their first event on Oct. 15, a book club called the Success Society Book Club of Black LGBT Atlanta, which focuses on motivational and business books.

“[The book club] is so we can condition our minds for enterprise, because that’s important,” Mattox says. “I think that it provides a demonstration to black gay people in general that we can start our own businesses, that we can support one another and practice group economics.”

“In our mission to encourage and empower our LGBT youth, we feel that it’s important to provide the next generation with historical information about all who were involved in making Atlanta the new black gay mecca, and to acknowledge and recognize the pioneers, trailblazers, unsung heroes/sheroes and those who began Atlanta’s black gay movement,” Evans tells Georgia Voice. “Many of the pioneers of the black LGBT movement past and present have never been honored in this fashion and many unsung heroes never recognized or noticed for their work have never had a platform to be exposed and honored.”

Eight individuals and/or organizations will be inducted each year, plus the occasional honorary and posthumous inductions. Evans says they are planning on holding the awards sometime during Black History Month next February.

And Chris Ford, a local black gay promoter, has started a crowdfunding effort to create a venue for Atlanta’s black LGBT community. By day the venue, which will be called Future Unlimited, will be a space for group meetings, HIV/AIDS testing and counseling, a drop-in center for LGBT youth of color, book clubs, business workshops, and more. By night it will be a space for wedding ceremonies and receptions, designer exhibitions and shows, viewing parties and premieres, private social groups and meet and greet singles nights.

But while the Atlanta Black Gay Uprising movement will focus solely on building up Atlanta’s black LGBT community, Mattox says he hasn’t given up on helping to heal the racial divisions within the city’s LGBT community, especially considering the expected fight to come over a so-called “religious freedom” bill and other troubling bills in next year’s legislative session.

“We’re all in the same community. It’s about reaching into our community and what we are together as a multicultural people who, if for no other reason than being gay and the experience of being oppressed, have found a reason to come together,” he says.

“Outside of the experience of the LGBT community you don’t see that happening. That’s the opportunity for us to do something different and we have been failing at that opportunity here in Atlanta.”