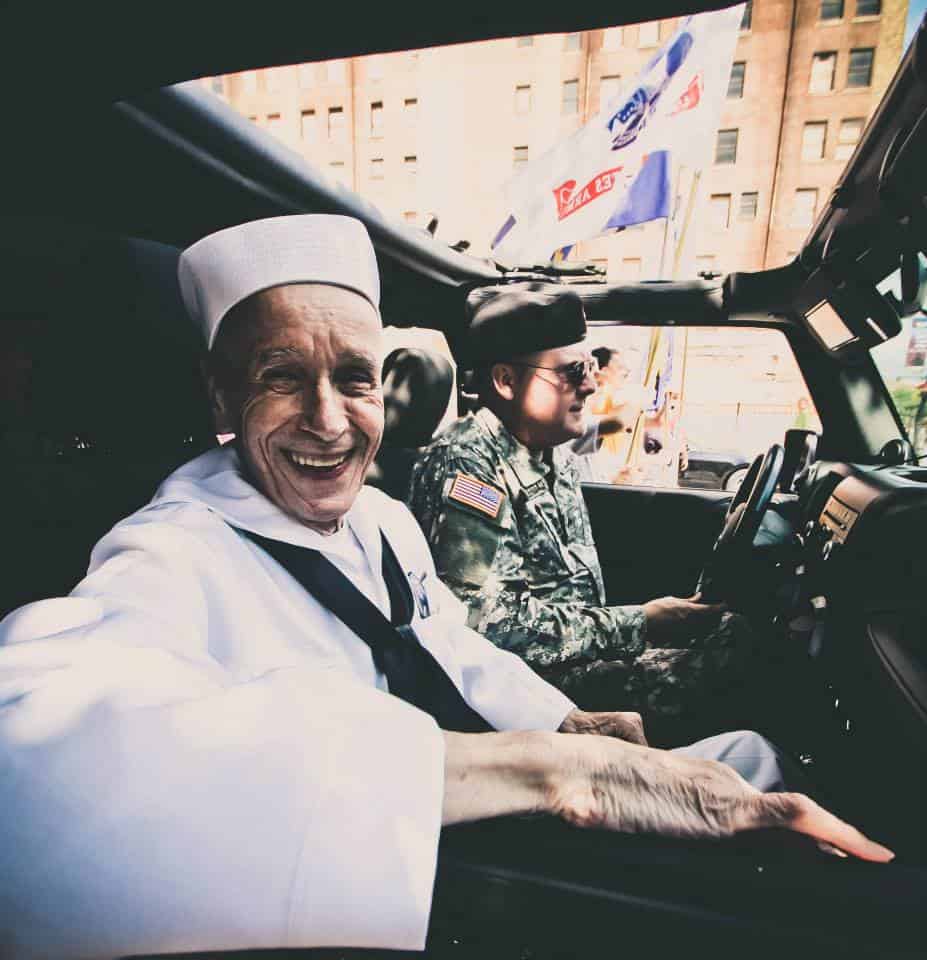 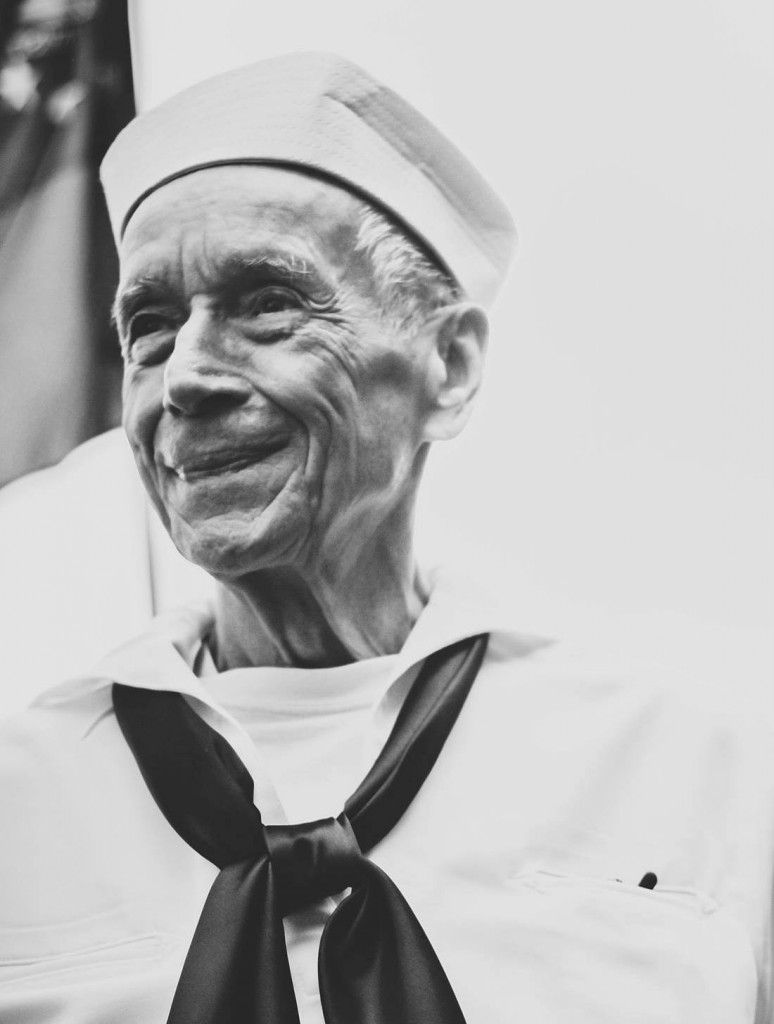 Stevens was a United States Navy veteran of World War II and the Korean conflict. He was a life member of the Georgia Chapter of American Veterans for Equal Rights (AVER) and also a longtime member of Atlanta Prime Timers, an organization for older gay and bisexual men and their loved ones.

Stevens was also well-known for riding at the front of the Atlanta Pride parade as part of the color guard, riding in a jeep with other members of AVER.

Many friends have been posting to social media and to Stevens’ Facebook page to express their love and admiration, including Danny Ingram, past national president and past Georgia president of AVER. 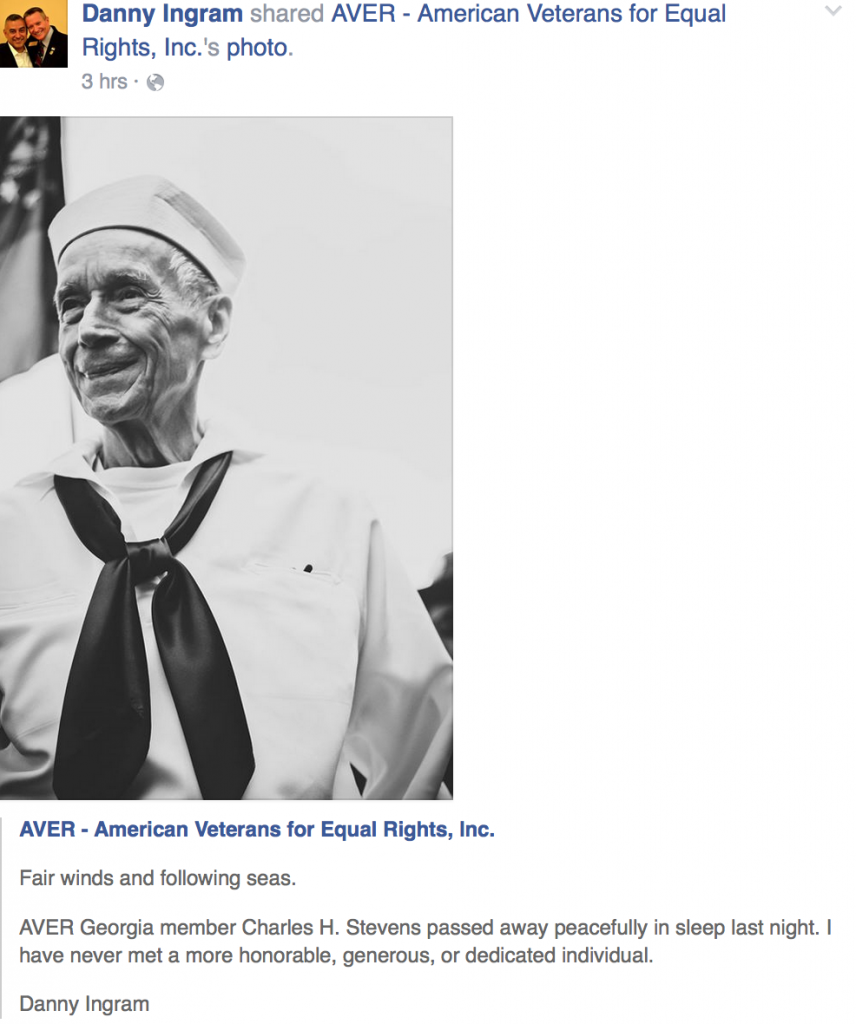 Days before his death, AVER presented Stevens with a set of awards 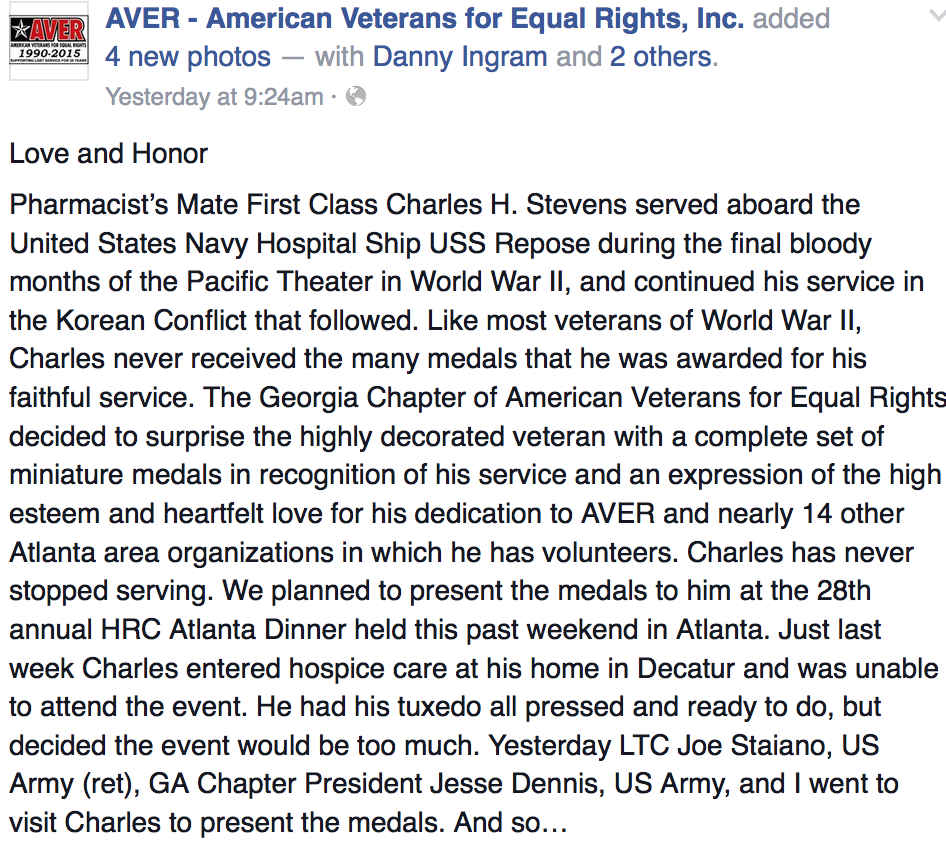 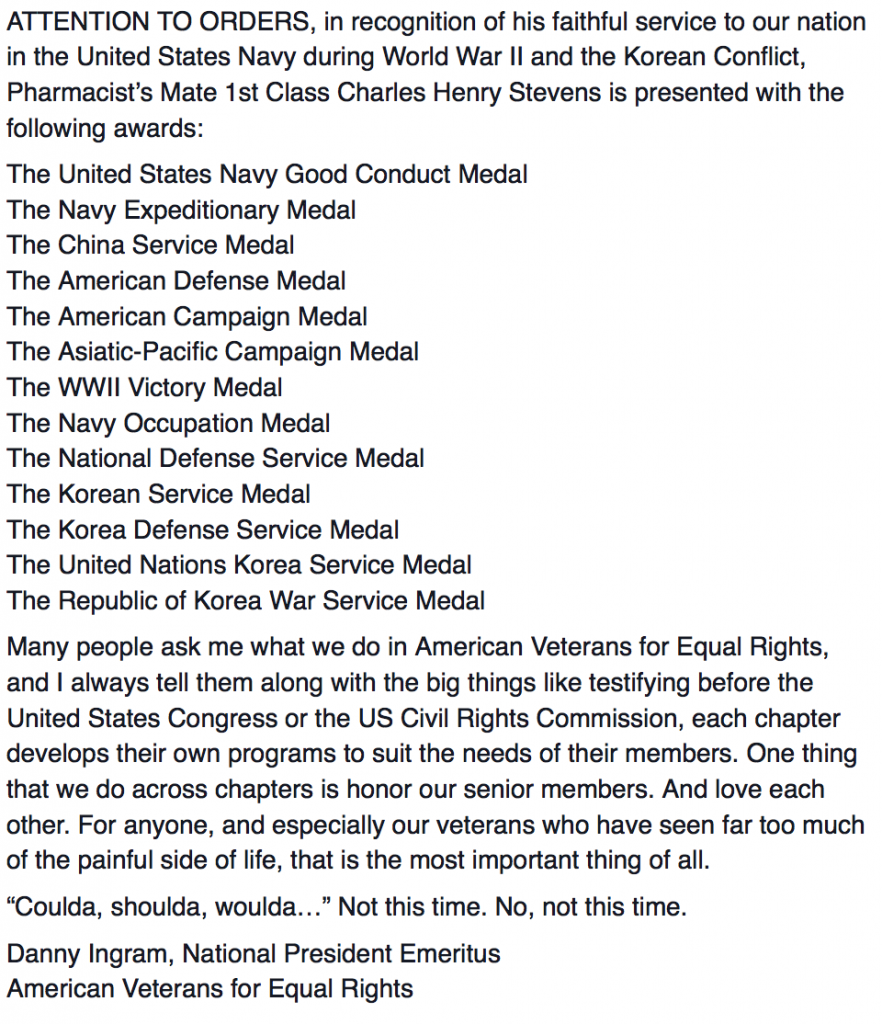 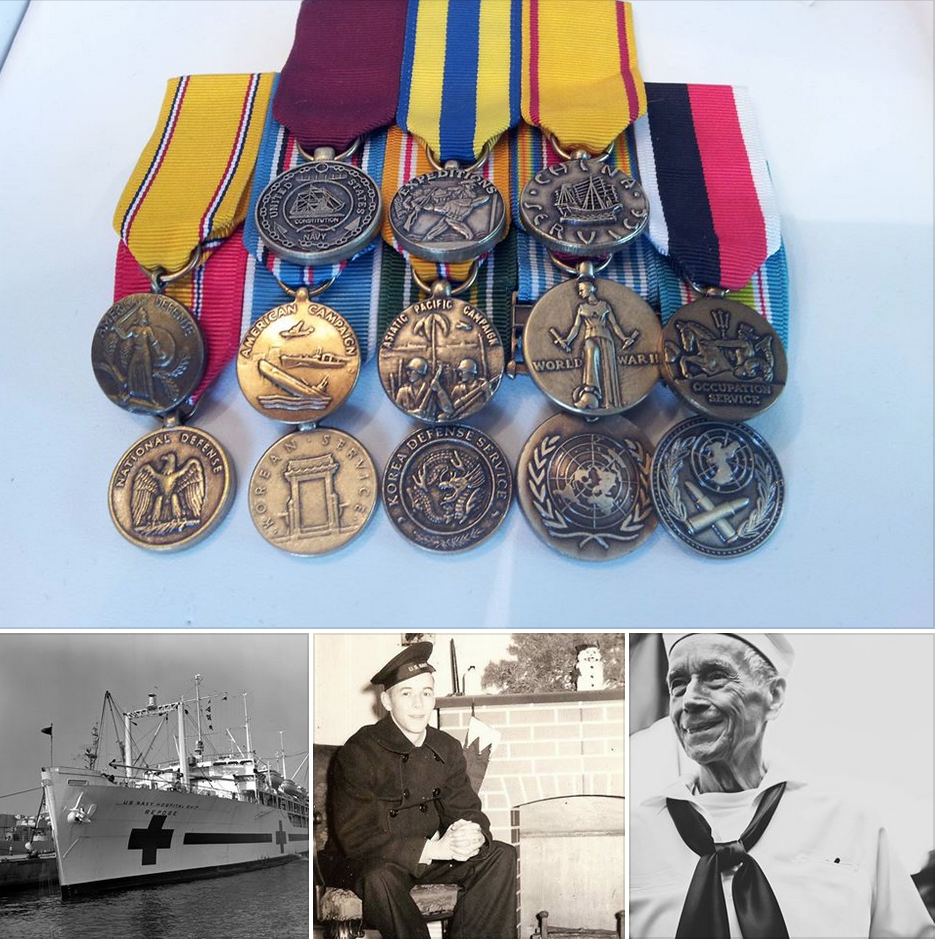 Stevens is also being praised for his dedication to community activism that included the fight to overturn the ban on gay people serving in the military. 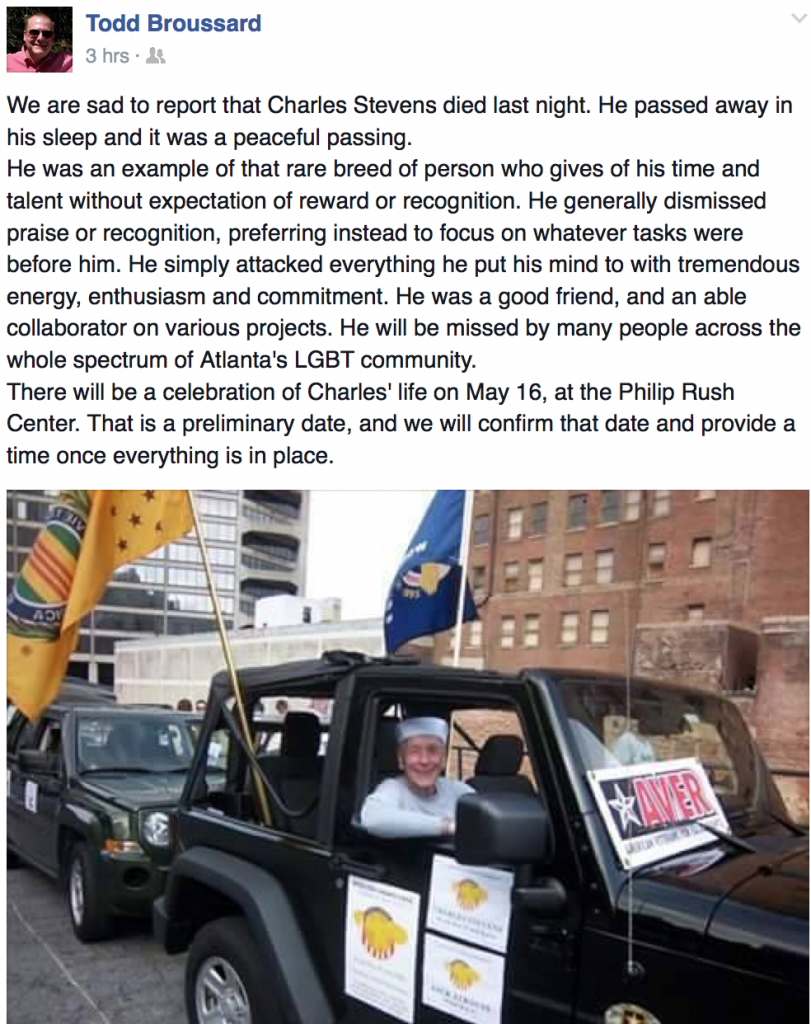 Georgia Voice spoke to Stevens several times over the years. In 2011 for a story about the Atlanta’s aging LGBT population, Stevens spoke about growing old and staying active in the community.

[Stevens] pulls out a yellow Post-It note from his worn brown leather wallet to show a handwritten list of all the organizations he’s involved with: American Veterans for Equal Rights, Servicemembers Legal Defense Fund, Atlanta History Center, Atlanta Botanical Gardens (he volunteers on weekends), Atlanta Prime Timers (for older gay men), and he’s on the board of his condo association as well.

“I can’t remember them all,” he said with a smile.

Stevens moved to Atlanta in 1958 while working for the fabric manufacturer Scalamandré, a high-end fabric and textile company based in New York.

With Prime Timers, Stevens created a buddy system so everyone has a buddy to check in on every day, whether through the internet or by phone.

“There was one time when a member was hurt for several days in his home before someone inquired about him and he was checked on,” Stevens said.

He worries for other older LGBT people, especially those without much money.

“I’m concerned housing is too costly for many on a limited income. I live alone in a condo complex where there are 246 units and there are 30 gay people living there, I’m guessing,” he said. “Most of us live alone.”

Stevens is happy to grow old as an openly gay man.

“I wouldn’t want to be younger again,” he said.