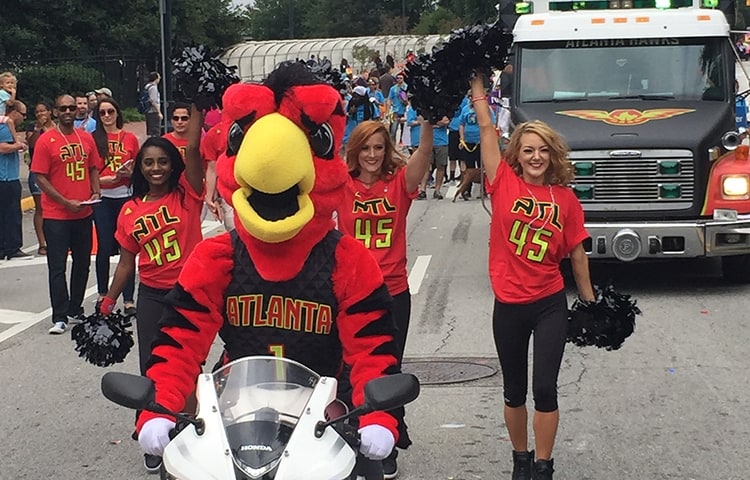 Last year, the Atlanta Hawks found themselves in the middle of a public relations nightmare after back-to-back instances of alleged racism within their ownership group and front office.

First off were comments made by general manager Danny Ferry during a conference call with team officials in which he quoted racist observations about an NBA player from a scouting report not authored by him.

The incident led to an internal investigation that later turned up an August 2012 email written by then-majority owner Bruce Levenson to Ferry and two co-owners in which he suggested that white fans were afraid of black fans, low merchandise sales could be attributed to a lack of disposable income among black fans, and that changes needed to be made to arena entertainment to cater more to white season-ticket holders.

Ferry took a leave of absence, and despite being cleared after the investigation was concluded, he later left the team, while Levenson announced plans to sell his stake in the team.

The incidents led the Hawks to hire Nzinga Shaw, a senior vice president at Edelman, as the NBA’s first “chief diversity and inclusion officer.” One of Shaw’s first orders of business was to form the Hawks Diversity & Inclusion Council, whose work is beginning to be recognized by Atlanta’s LGBT community.

When Shaw began forming the council, she knew she didn’t want it to consist only of employees of the organization, which is typical of similar groups in the business world.

So the full council includes 10 employees of the Hawks and Philips Arena and 10 others from a variety of backgrounds—a former NFL player, a season ticket holder, a small business owner, someone from a lower socioeconomic background, and even an actress and philanthropist in Keshia Knight Pulliam (better known as Rudy from “The Cosby Show”).

Having the LGBT community represented on the council was important to Shaw, who recognized the growing population and prominence of the community in Atlanta. But there were other reasons.

“Historically that has been an underserved community by the Atlanta Hawks. I don’t know if it’s been for any particular reason but unfortunately it has been underserved,” she says.

Keith Wente, senior director at Philips Arena, was eager to join the council.

“With being an openly gay man in an area of sports and entertainment which is not typically embracing of my being gay, there have been hurdles, there have been challenges about not being able to be who I am and bring my full capacity to the table,” he says. “The ability to make a change within this organization is hugely personal to me.”

But what of critics who might say the team created the council only to drum up ticket sales?

“It’s important that it’s not done from an organizational position of promotion,” Wente says. “That has nothing to do with why we are doing what we’re doing with this council.”

“It’s really about inclusion,” Shaw says. “It’s not about pointing out who’s different or slapping a rainbow on a T-shirt and saying, ‘Okay we rainbow-washed it so now we’re all inclusive.’ No, it’s really about our actions.”

The first action was having a heavy presence in this year’s Atlanta Pride parade, so mascot Harry The Hawk, the Hawks cheerleaders and several members of the council took part, handing out 500 special edition Pride T-shirts in the process. Recent visitors to the intersection of 10th Street and Piedmont Avenue might have noticed an Atlanta Hawks billboard adorned in rainbow colors for Pride as well.

Shaw says the council, which meets quarterly as a full council while the internal employees on the council meet monthly, is looking at other LGBT initiatives to enact throughout the season, which tipped off on October 27.

“We want to make sure that anybody in that community feels welcome at our games and can openly embrace one another, hold hands and just feel like any other couple that would come to a game and have a family outing and family experience.”