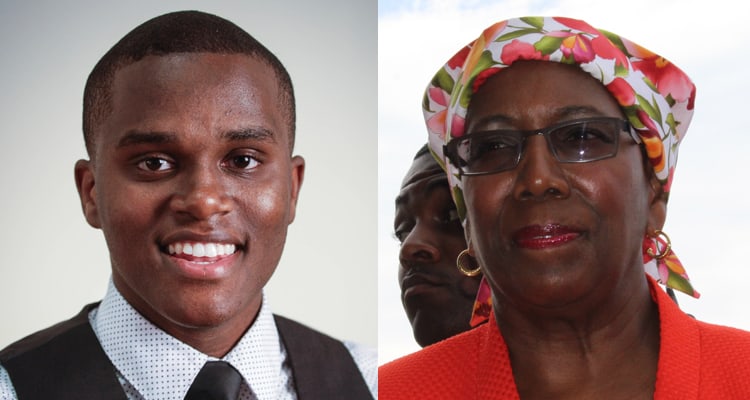 Damonte Pettygrue was receiving treatment from his physician at Grady’s Ponce De Leon Center earlier this year when she asked him what he was interested in doing for a career. The openly gay, HIV-positive Atlanta Metropolitan State College freshman responded that he would love to get involved in HIV-related issues either as an activist or lobbyist.

“I have a friend,” the physician responded. “She’s starting an intimate program and she’s with Georgia Equality, why don’t you give her a call?”

The friend was Emily Brown, and the program she was coordinating for the Equality Foundation of Georgia (the education, training and analysis arm of Georgia Equality) was the Youth HIV Policy Advisors Program. The program matches elected officials and clergy with HIV-positive youth advocates who serve as their special advisors on the issue.

The program, which Brown says has an estimated budget of $20,000, offered training to the youth advocates through a series of summer sessions, followed by an HIV lunch-and-learn with the officials in October led and facilitated entirely by the youths, and will culminate on World AIDS Day on Dec. 1 with the second annual World AIDS Day Atlanta Policy & Action Luncheon.

Pettygrue and the other youths gained valuable training through the summer sessions, which covered public speaking, shaping and molding their stories, interacting with the media and more.

“I’ve learned how to deal with sensitive questions, not only just from the media but telling my story,” says Pettygrue, the youngest youth advisor taking part in the program. “I’ve learned that everything that has to be said should be said in a proper manner and not in a rant. I’ve also learned that really the only people that understand what I’m going through are the people who are dealing with [HIV] as well. It’s very important to interact with the community and the peers around you because you don’t know who has it.”

Fulton County Commissioner Joan Garner, while unable to fully participate in the program due to her continuing treatment for breast cancer, was eager to be a part of it and will be present for the World AIDS Day luncheon, which is invitation only.

“I think that having emerging leaders participate and really take some leadership in owning that program is good because peers listen to peers,” she told Georgia Voice. “So trying to get that message out, especially with Fulton County being number one in newly diagnosed cases of HIV, we have to do everything we can to mitigate that. So I think Georgia Equality is being very aggressive about it along with other AIDS organizations around the state so I am a big supporter of what they’re doing.”

The youth advisors have crafted a document of “policy asks” for the elected officials regarding HIV prevention and care, which they will present along with their personal stories and a video at the World AIDS Day luncheon on Dec. 1.

“We’re trying to cut out the stigmas, one of which is God’s revenge for gay people,” says Pettygrue, who says he is nervous but excited about the event. “Not all gay men have HIV, it’s not just a gay virus. We have mothers, we have daughters, we have blood transfusion victims. We’re just trying to cut the stigma and we feel like once we get rid of the stigma, then we can actually get people to listen and understand that it’s serious and it’s not what everybody thinks it is. If we can get a few people to open their eyes and take it back to where they’re coming from then I think we can [find a solution].”

The luncheon will be attended not only by the 11 elected officials and clergy taking part in the program (see sidebar) but also other elected officials, community members, clergy and CEOs of large health care foundations as well. The timing is right as the organizers and youth advisors hope the elected officials take what they learn at the luncheon and spread the word at the Capitol when the next legislative session begins in January. And Brown confirms that they have already received a grant to do the program again next year.

“I’ve just learned how to appreciate the help that I’m receiving, because before this I really wasn’t open to talking about [his HIV status] to anyone,” Pettygrue says. “[Brown] has taught me to accept, own and speak about it and that’s something I would have never done without [Brown] and this program.”